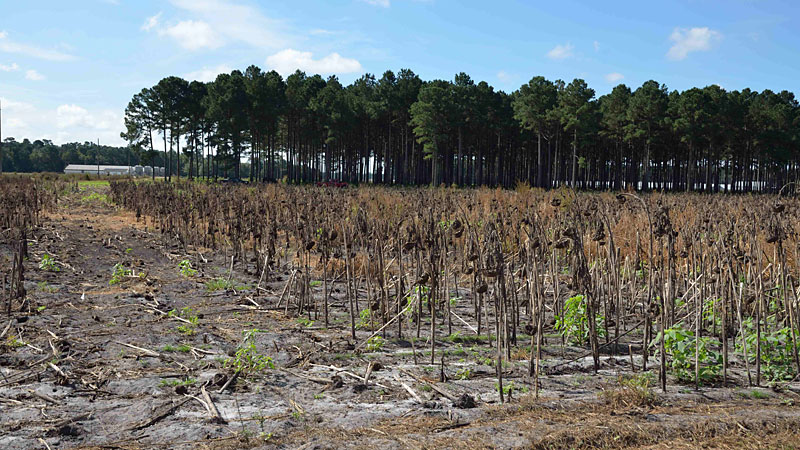 Labor Day is almost here, and hunters will be on the prowl for doves. Wing-shooters can finally rejoice on a weekend that means a great deal to people all over the nation.

Most dove hunters would never miss an opening day dove hunt in the Carolinas. It’s not only an annual tradition but the best opportunity to take a limit with friends and family at the end of summer and the beginning of the fall hunting seasons.

According to the U.S. Fish and Wildlife Service, mourning doves are considered a migratory species. And while that is accurate, the migrations are less significant than waterfowl and other birds that travel thousands of miles in a year. Typically, doves will migrate regionally, generally less than 500 miles in either direction, if not significantly less. But on Labor Day weekend, when everybody is sitting in the field trying to take their limit of birds, those doves haven’t migrated anywhere. Doves in fields on Labor Day weekend were likely in the area all summer and haven’t migrated in from Canada — or even Virginia.

However, doves will make regional, opportunistic migrations as a result of a debuting food source that offers easy feeding. Doves are suckers for a prime feeding opportunity without any hunting or predation pressures. It will not be until later in the year that doves migrate any significant distance from their summer lairs. Some may not migrate at all and will stick around in the Carolinas as long as resources remain available.

Again, doves will quickly make opportunistic moves to a local food source. That poses a perfect opportunity for hunters with Labor Day around the corner. They will gravitate to any cut grain field like corn, sunflowers, millet, milo or any other small grain. In August and September, the best dove shoots are generally in areas with very little cut grain. The few fields that are cut seem to suck up all of the doves in the area like an electromagnet. Hunters can magnetize their grain fields by encouraging the doves in an area to eat early in a safe, unpressured environment.

It may seem difficult to compete when farmers begin to cut hundreds of acres of corn. That’s because it’s difficult to compete with large fields of grain availability. That’s exactly why hunters and landowners need to get a jump-start in August by making food available early to draw doves in by the thousands. As long as doves have plenty of food to eat without any hunting pressure, they will remain in fields until the opening day bloodbath, no matter how many cut fields show up on the horizon. Some doves will take advantage of these newly cut cornfields in late August when they are near roosting sites. But they can be conditioned to feed in a nearby place as long as food is available and pressure nonexistent.

For the best results, hunters and land managers should mow strips, a few at a time, throughout their mature grain fields in early August. All of the standing grain shouldn’t be mowed initially. There should be enough food remaining to last through the end of the first segment of dove season.

For a good start, 25% of rows could be mowed initially, and then another 25% a few weeks later. Or, half the rows could be mowed in early August to prevent removing too much of the crop at once. Bottom line, enough food needs to be made available in the beginning to draw the birds in without letting the food be completely consumed. That’s because doves will certainly leave in a hurry if the food becomes decimated.

But the earlier the better in this scenario. Doves need time to find the food to begin the conditioning process and then have a steady supply until it’s time to fire the first shot.

Conditioning birds to hunters’ fields is an ideal way to have a great opening day and opening week of hunts. But hunters must start in early August to get the birds conditioned to eating like kings.

Watermelon fields can be hotspots for doves

A typical dove hunt brings fortunate hunters to freshly cut corn, millet, milo or sunflower fields. Watermelon fields are rarely identified as a prime place to shoot a limit during the upcoming season. But they can be secret hotspots for doves in the Carolinas.

Watermelon fields are typically in sandy areas with relatively clean ground. Those are the preferred table conditions for doves, which are a little particular about the condition of the ground. They like clean ground, and an exposed, clean soil surface is preferred.

Prime time to hunt for watermelon fields for doves is when the majority of the melons have been removed. In the Carolinas, the harvest season typically begins in July and will continue into August, depending on when the seeds were planted. But by August and September, watermelons have nearly all been harvested, with some rotten ones left behind.

Rotten or damaged melons are prime dove fare. Melons left behind by harvesters begin to rot, exposing tender, tasty seeds loaded with fat, carbohydrates and a long list of nutrients. Both seeded and seedless watermelons are great options, because seedless watermelons aren’t really seedless; the seeds are just small. Cantaloupes and other types of melons also have seeds that can be treats for mourning doves. Doves will gobble these seeds up at first opportunity, and these fields can be incredible places to shoot a limit of doves in a hurry.

Youth hunter Banks Carter had a big day at Donnelley WMA for South Carolina’s opening day of the 2022 dove season. […]

A NC appeals court has ruled the state has a duty to preserve the public’s right to fish and harvest fish, and to preserve public fisheries. […]

About Jeff Burleson 1290 Articles
Jeff Burleson is a native of Lumberton, N.C., who lives in Myrtle Beach, S.C. He graduated from N.C. State University with a degree in fisheries and wildlife sciences and is a certified biologist and professional forester for Southern Palmetto Environmental Consulting.