The search for the new state deer antler record is underway as the South Carolina Department of Natural Resources (SCDNR) gears up for their annual series of measuring sessions.

Each winter SCDNR measures deer antlers throughout the state, with a major effort during the Palmetto Sportsmen’s Classic scheduled for March 25-27 at the State Fairgrounds in Columbia. A total of 7,691 sets of white-tailed deer antlers, including 7,378 typical racks and 313 nontypical, are currently ranked on South Carolina’s all-time antler records list. Minimum scores for state record listing are 125 points for typical antlers and 145 points for nontypical antlers. Measurements are based on the Boone and Crockett system.

The objectives of the state records list are to recognize outstanding animals and to identify areas that produce quality deer. This information allows biologists to take a closer look at habitat and deer herd conditions in order to make future management recommendations.

S.C. state record deer have come from all 46 counties

Although record deer have been recorded from all counties, Aiken, Anderson, and Orangeburg counties have produced the greatest numbers in the past three to four years. Generally, larger deer are more abundant in areas that have fewer deer, as compared to parts of the state with high deer numbers. In spite of issues related to COVID-19 decreased measuring activities the last two years, 222 new records were added into the South Carolina records list.

Hunters must provide necessary documentation, such as the date and county of the kill, and sign a “fair chase” statement when they bring in a set of antlers for measuring. Antlers in velvet or those that are broken and repaired, or antlers separated from the skull plate cannot be officially measured for the state records list. If the lower jawbone of the animal was extracted during taxidermy or otherwise saved, it should be brought to the measuring session so biologists can determine the deer’s age. An accurate weight measurement at the time of the kill is also helpful.

For additional information on the Antler Records Program visit the SCDNR website. 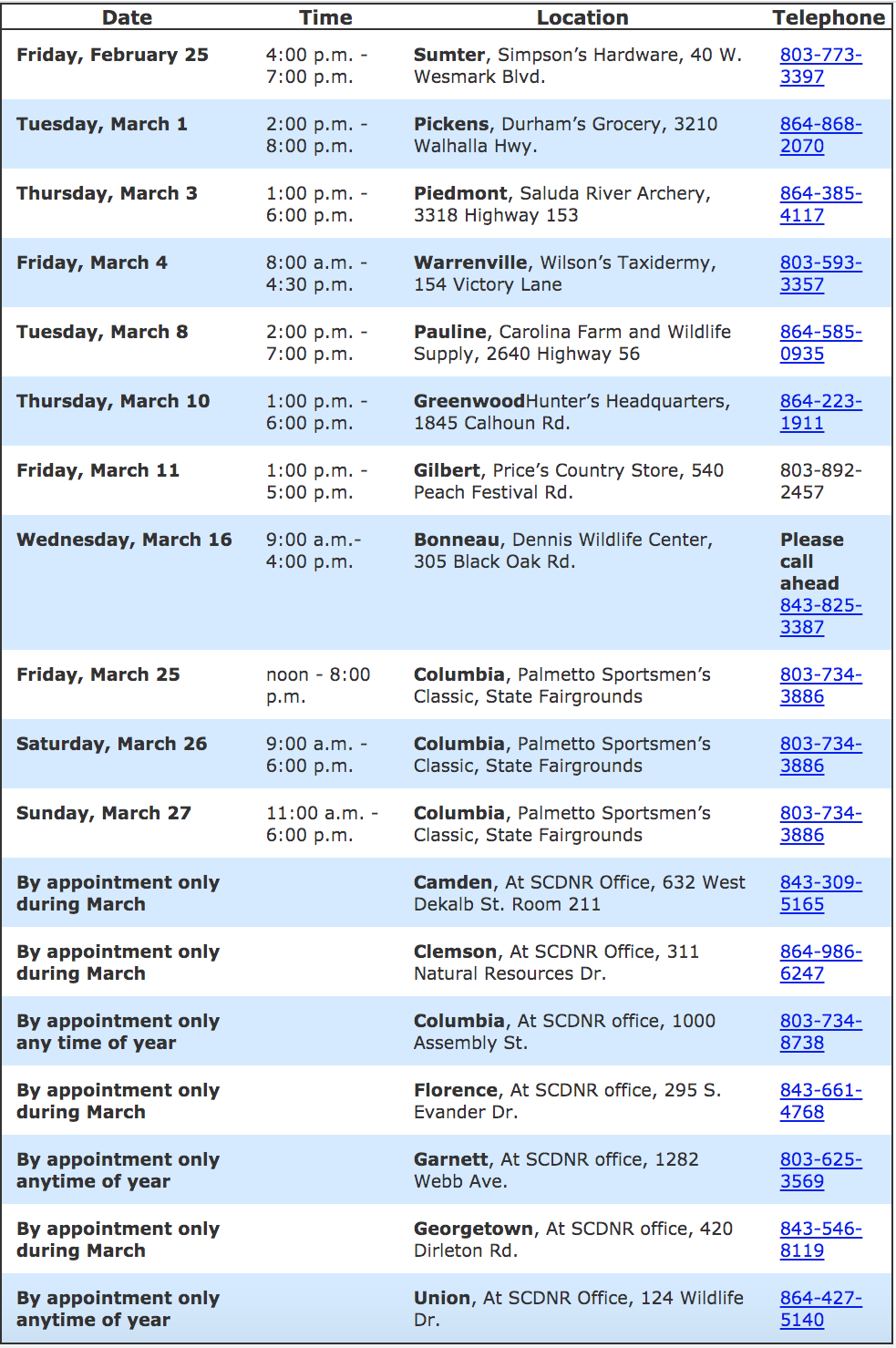 The Barnett HyperTac 420 crossbow packs a wollop in a compact package. […]

To make this fall’s deer hunting season your best yet, make these summertime preparations right now. […]