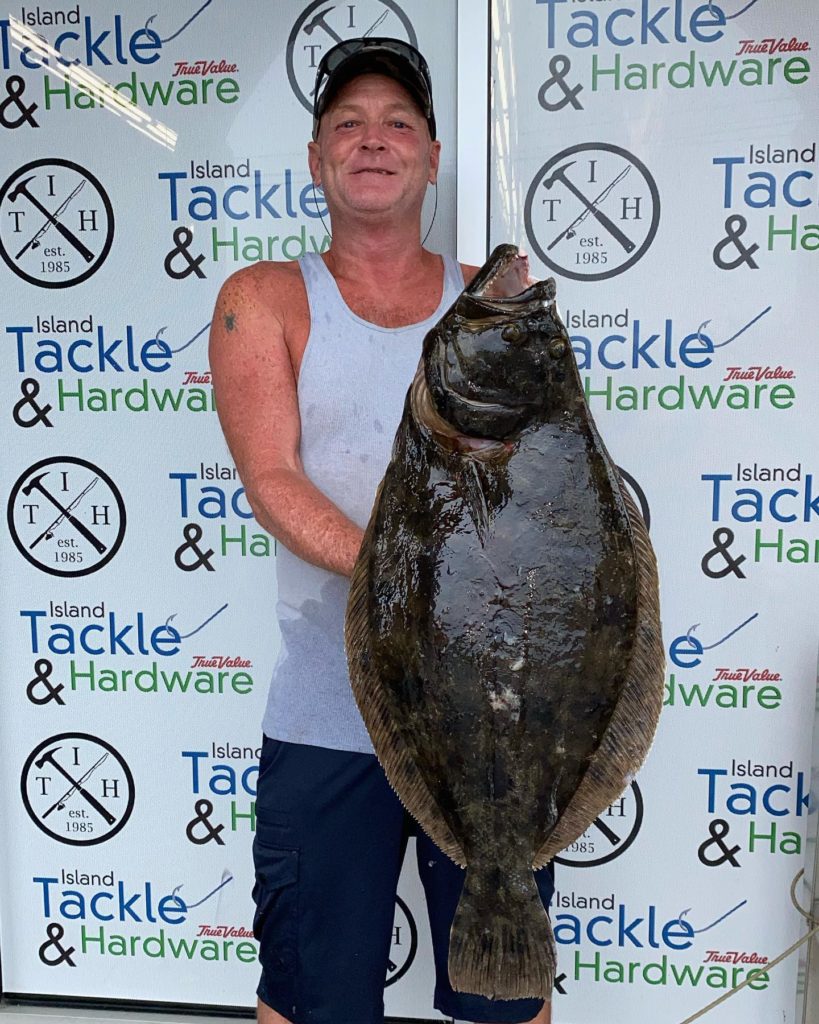 Edward Ryan was fishing in the Carolina Beach area on Sept. 9 when he caught a massive flounder. He caught the 12-pound, 14-ounce flatfish from his kayak.

Ryan was fishing in about 6 feet of water in the waterway, using a live finger mullet. It ran around his anchor, then dodged his attempt to net it one time. But he stuck with it, securing the monster fish on his next try with the net.

After netting the beast, Ryan headed to Island Tackle & Hardware in Carolina Beach to get it weighed on their certified scale. They said it’s the biggest one they’ve weighed this year.

The NCDMF reminds North Carolina anglers that citation certificates will be available to anglers who catch flounder weighing 5 or more pounds during the 2021 recreational flounder season. […]

A boy in the surf

I took my son Lachlan Ceisner surf fishing at Carolina Beach for his 9th birthday. The photo was taken at sunrise on Sept. 11, 2021. […]