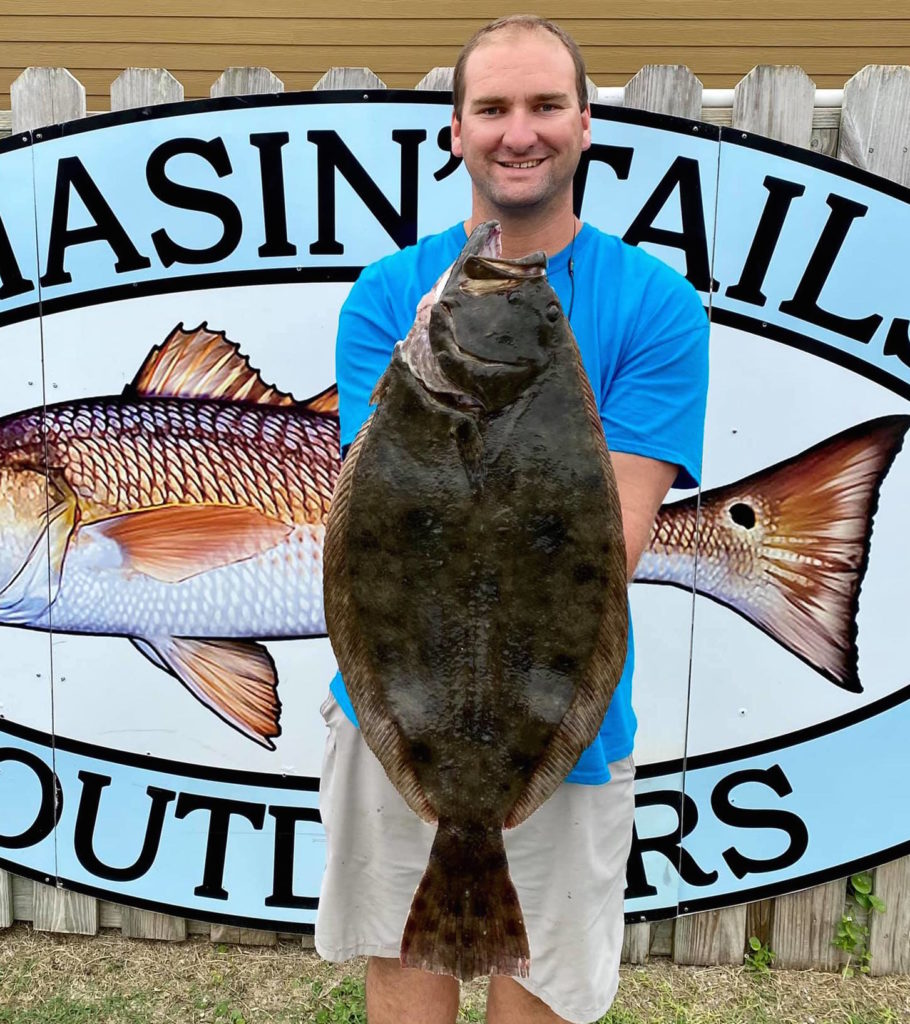 Colby Clayton of Roxboro, N.C. caught an 11.25-pound flounder on Sept. 2, 2021 while fishing out of Atlantic Beach. He said it’s the biggest flounder he’s ever caught, and he expects it’s the biggest one he ever will catch.

Clayton caught the big flounder on a live finger mullet on a Carolina rig. He was using a Star Sequence rod and Shimano reel. It was a surprise bite. The angler was reeling his line in, ready to call it a day. Without warning, the big fish snatched the finger mullet.

“The fight really didn’t last that long — about a minute, 2 minutes tops,” he said.

At first, he thought a redfish had taken his bait. He was pleasantly surprised to see that it was a big flatfish instead.

“He came to the top pretty quick. I just asked my wife to hurry and grab the net. And she netted him perfectly,” he said.

The angler planned to release the fish after taking a few photos. Unfortunately, he was unable to revive the fish, so he and his family and friends will enjoy several meals from it.

Clayton stopped off at Chasin’ Tails Outdoors Bait & Tackle in Atlantic Beach to get a certified weight on the citation fish.

Click here to read about the 12-pound, 14-ounce flounder caught by kayak angler Edward Ryan in the Carolina Beach area.

The NCDMF reminds North Carolina anglers that citation certificates will be available to anglers who catch flounder weighing 5 or more pounds during the 2021 recreational flounder season. […]