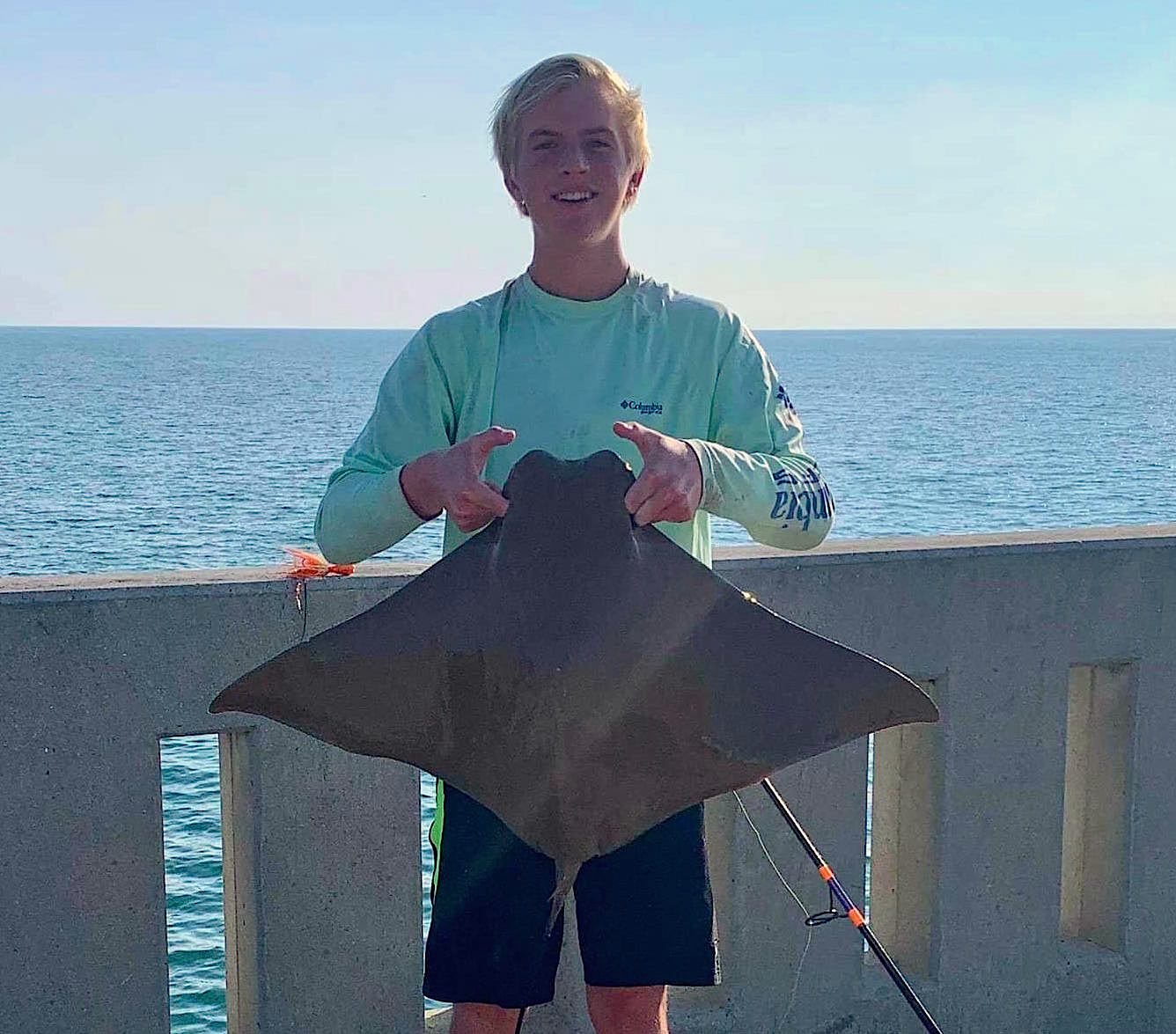 Cownose ray was released to fight another day

Caden Curran was fishing at Johnnie Mercers in Wrightsville Beach, N.C. when he landed this cownose ray. He released it after taking a photo.

Cownose rays are not the most well-known rays, but plenty of them swim along the Carolina coastlines and the inshore waters of both states. They often swim close to the surface, flapping their “wings” like birds to propel themselves. Shark researchers have found that many shark sightings are actually sightings of the tips of a cownose ray’s wings breaking the surface.

These rays have a stinger with a venomous punch. But anglers who are careful can release them without much trouble from the docile creatures.

Here’s what you need to know to target black drum along the Carolinas’ coast in December. […]

Charles Stancill killed this buck in Onslow County N.C. after a 2 1/2-year pursuit. […]