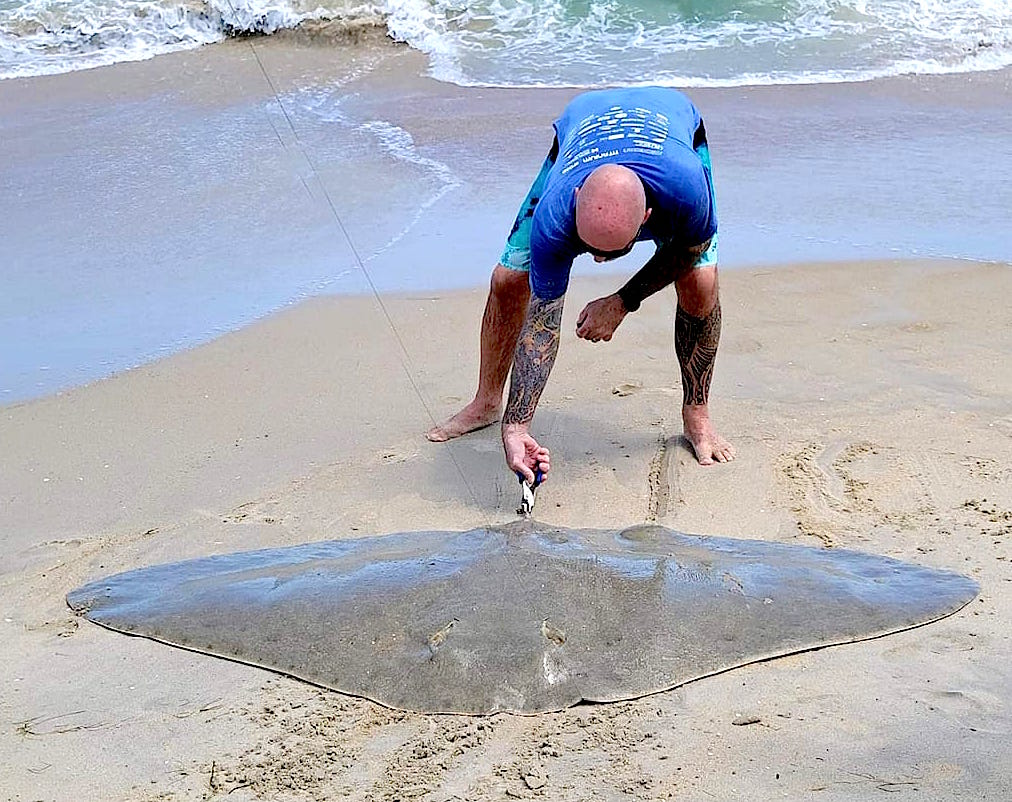 Butterly ray is biggest things he’s caught from the beach

Chad Winstead of Wilson, N.C. was fishing at Ramp 2 on the Outer Banks when he hooked into the biggest fight he’s ever had while surf fishing. He caught a spiny butterfly ray that measured 82 inches across.

“It was a 40-minute, hard fight. It’s the biggest thing I’ve ever caught from the surf,” said Winstead.

He was using a chunk of cut bluefish that he’d caught earlier that day as bait. After a quick photo, Winstead released the butterfly ray. It swam away easily. Before attempting to remove the hook and position the ray for release, he did remove its stinger, which he said grows back like a fingernail.

He said anglers should never break the entire barb of a ray, which renders them defenseless for life.

Ronnie Stewart still going at 82-years-old. He caught this sheepshead at Mann’s Harbor. […]

Adam Weiss from Cary, N.C. caught this 18-inch speckled trout, his first, near Rich Inlet in July while fishing with his family. […]