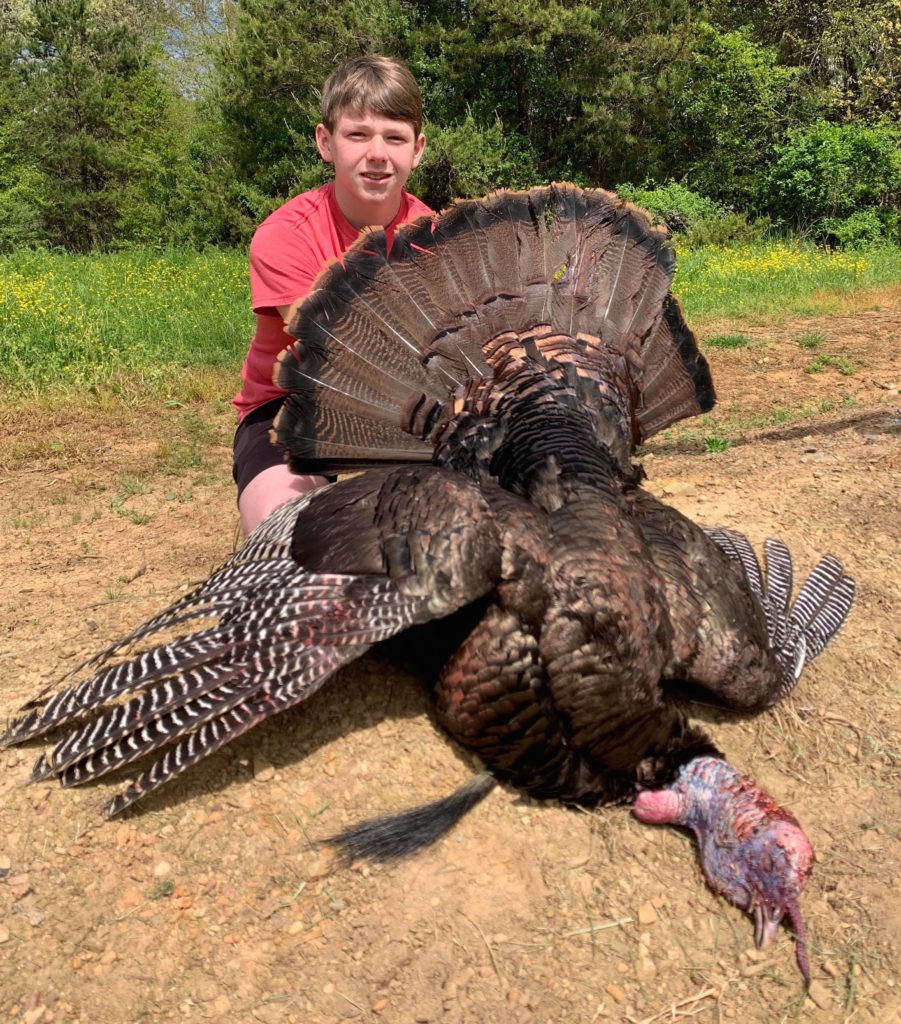 Colin Humphrey, 16-years-old from Monroe, N.C., killed his first ever turkey on April 17 in Guilford County. And it was a true trophy, and the end to the young hunter’s years-long drought.

The turkey weighed 24.11 pounds, sported an 11-inch beard, and carried 1.5-inch spurs. After struggling through his previous hunts, this one made it all worth it, with the big gobbler basically falling into his lap.

“He’s hunted turkeys for three years with no luck but never gave up,” said Neal Queen, a family friend who was there for the hunt.

Queen said Humphrey had some bad luck during the youth opener, busting turkeys off the roost and not getting a shot. But this time, the 24-pound bird ran straight to him.

Humphrey, a competition shooter for Piedmont High School’s shooting team, shot the gobbler at 30 yards with one shot from his Beretta 12-gauge.

Jayden Garden, 10-years-old and on his first ever turkey hunt, killed a 20-pound gobbler in Wayne County, N.C. […]

The Colonial Pipeline disruption has caused a disruption for trout anglers. The NCWRC has postponed its trout stocking schedule until the fuel situation stabilizes. […]

About Brian Cope 1873 Articles
Brian Cope is the editor of CarolinaSportsman.com. He has won numerous awards for his writing, photography, and videography. He is a retired Air Force combat communications technician, and has a B.A. in English Literature from the University of South Carolina. You can reach him at brianc@sportsmannetwork.com.
Website