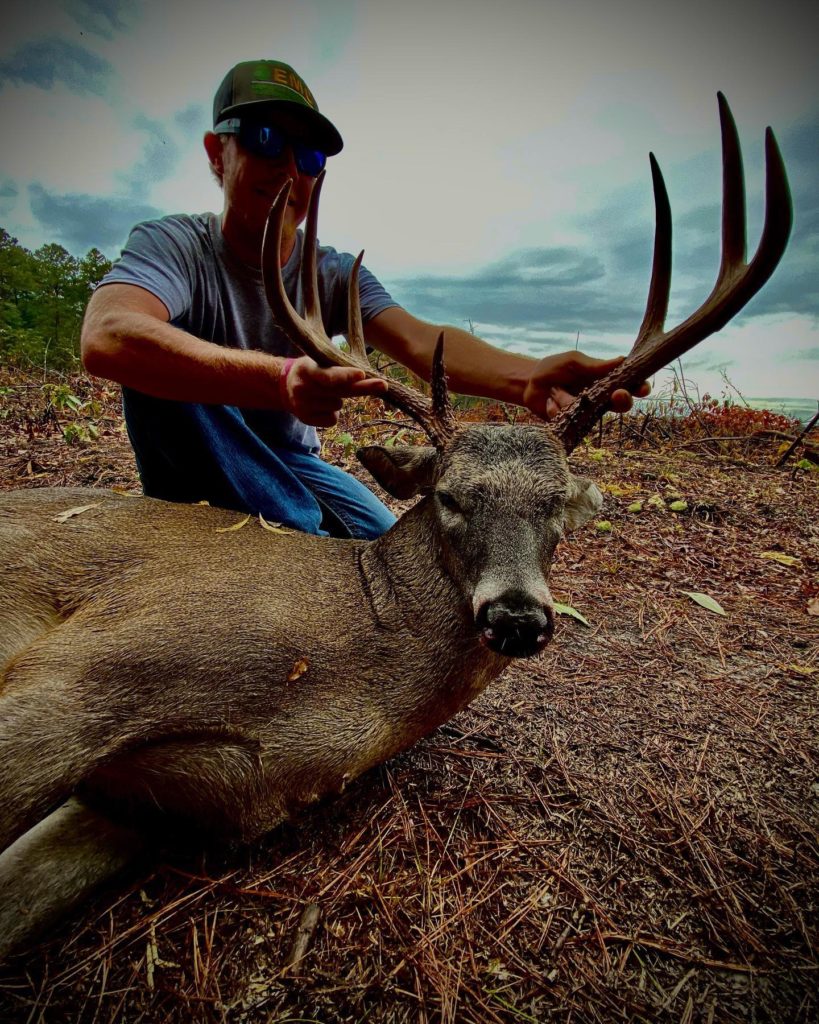 Cameron Briley of Bear Grass, NC killed an 8-point buck that’s been green-scored at 134 inches during a morning hunt in Martin County on Oct. 13, 2022. It was the ending to a pursuit that lasted several years.

He had several years worth of trail camera photos of the buck, which he nicknamed Uno. He and his taxidermist estimated the deer to be 6-years-old, and he pursued it hard for the past few years.

“I have been trying to kill Uno for 3 years, and it all came together Oct. 13 for me. That morning made sit number 38 for this year for him. I watched him from May, all summer, to getting in the lock-on stand opening day, hunting every day the wind was right before and after work,” he said.

At about 7 a.m., the 8-point buck showed up in the opening of the wooded area that Briley was looking over from his lock-on stand. From 21 yards away, the hunter came to full draw on his Mathews V3X and released his arrow, which found the target.

The buck ran about 40 yards, then toppled over.

Briley said he feels beyond fortunate to have hunted, and finally taken, this deer.

“He means so much to me. To me, it isn’t about shooting the deer. It is about the effort and work to getting that one chance shot at a deer of that potential. I’m truly blessed in every way to take him,” he said.

Congratulations to Briley, who is now entered in our Bag-A-Buck Contest and in the running for these monthly prizes and the Grand Prize package:

Dustin Little from Stanly County, NC shot this 10-point while hunting with his father in Stanly County. It’s a memory that will last him a lifetime!! […]

I killed a nine point this morning Henderson NC my name is lane and I killed it this morning at 6:46 and 130 inch deer –Lane Jackson