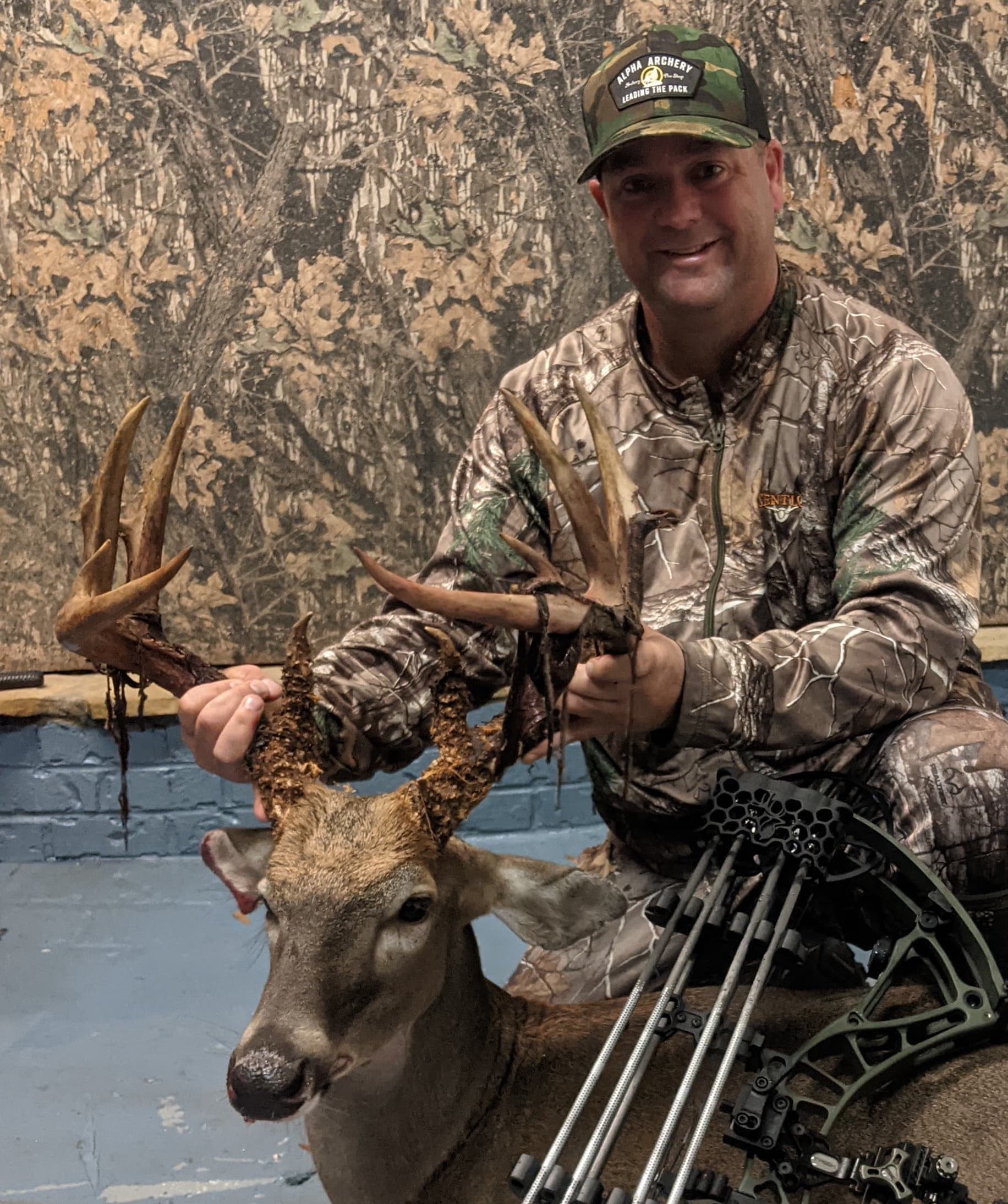 Travis Furr of Locust, NC killed a Stanly County 14-point buck on Sept. 10, the opening day of NC’s archery season. The buck was green-scored at 153 inches by Backwater Taxidermy.

Furr had been observing the deer through trail camera photos for about 2 months leading up to the day of the hunt. He shot the buck with a BowTech Solution bow. He was hunting from a lock on tree stand on the edge of a field.

“It rained hard all day with a few hours break in the evening. The buck appeared from a totally different direction than he had been coming from all summer according to multiple Tactical cellular cameras,” he said.

This surprised Furr, who wasn’t ready when the buck showed up

“The buck caught me off guard and I was not ready for him to appear from the left,” he said.

Luckily, the hunter was able to adjust to the deer’s location.

“I was able to draw back with multiple other bucks and does in the field,” he said.

When he let the arrow fly, the buck ran off and fell down 50 yards away.

“About 5 minutes after shooting this deer, the bottom fell out and it began raining extremely hard. I’ve killed several bucks in the 130s, but this one is by far my personal best,” he said.

Congratulations to Furr, who is now entered in our Bag-A-Buck Contest and in the running for these monthly prizes and the Grand Prize package:

On November 18 I was heading to the deer stand with my grandpa having a great feeling about that evening’s hunt. After about an hour of being in the stand me and my grandpa had […]

Laura Tucker killed a tall-tined Warren County buck during a morning hunt with her husband in Warren County, NC. […]