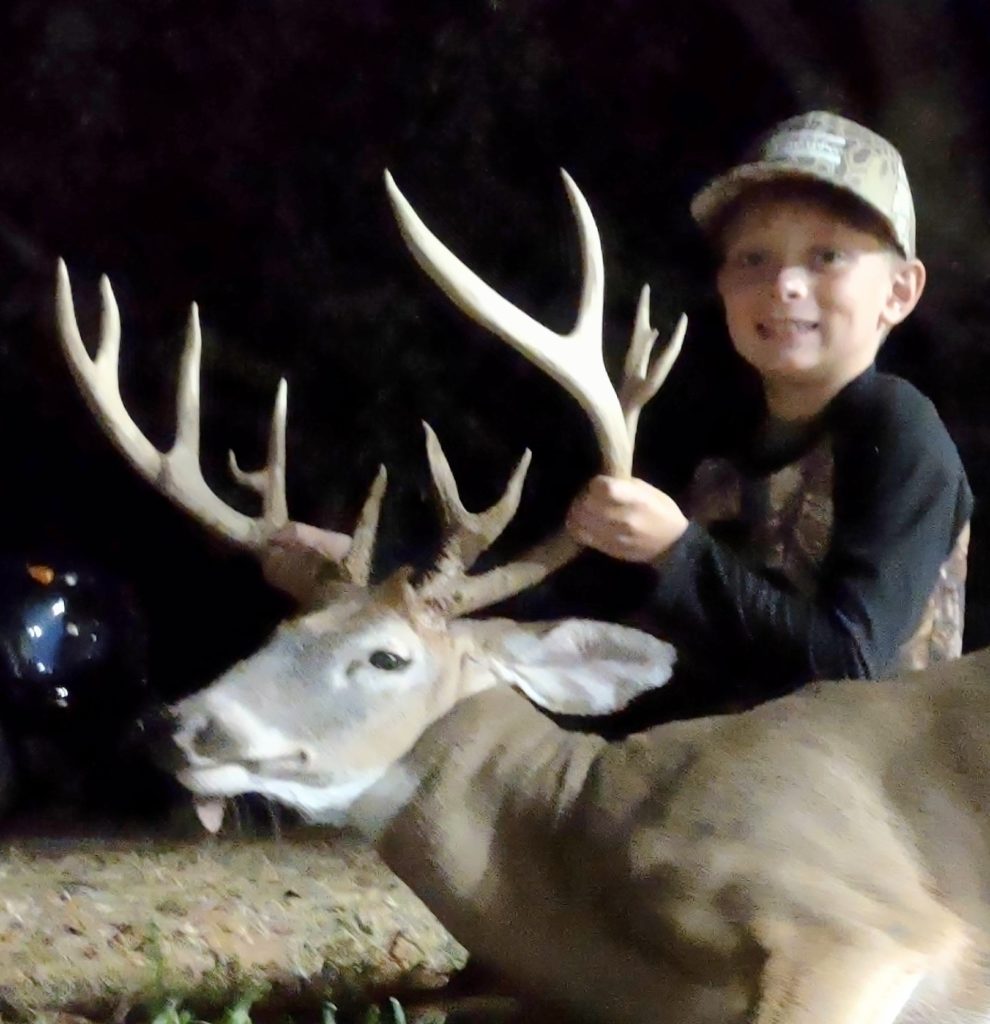 Youth hunter dropped the 13-point buck with a crossbow

The 2021 deer hunting is shaping up to be a very proud one for father and grandfather Terry Chaney.

On Sept. 16, Terry’s grandson Tanner Tucker of Madison, N.C. shot his biggest buck, and a buck that is bigger than most hunters ever see, despite being only 8-years-old. The young sportsman was hunting with his mom Claire Tucker when the big buck showed up.

Tanner was using a Ten Point crossbow when the deer, a 13-point buck that green-scored 147 inches, showed up to chow down on some Wright Whitetail Minerals that his papa uses religiously.

Two months later, Tanner’s mom killed a buck that was green-scored at 152 inches. Click here to read that story.