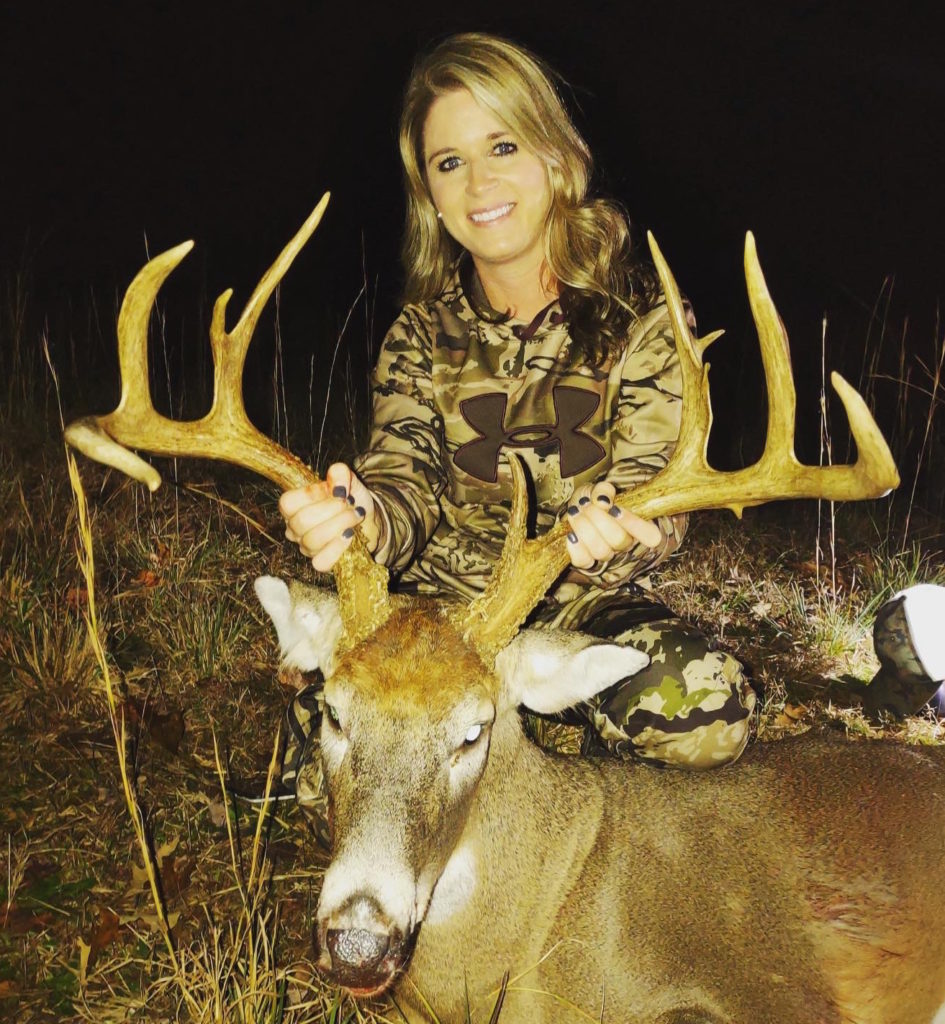 Two months after her son killed a 147-inch buck, Claire Tucker killed a 10-point buck that grossed 152 inches. She was sitting with her son, 8-year-old Tanner Tucker, when he killed his big deer, and he was in the stand with her when she killed hers.

The 10-pointer was no stranger to Claire. She’d hunted him back during archery season and saw him on opening day. But she never had a clean shot at the deer. Then in October, the buck disappeared from the area. She worried that it had been killed on nearby property.

But around Nov. 6, the deer started showing up on the Tucker’s trail cameras again, but only at night. Then on Nov. 11, he finally showed up during shooting hours. For the next 4 out of 5 evenings, Claire and her son were in the stand waiting on the buck.

The duo were finally rewarded on Nov. 16.

They spotted the big buck coming out early that evening. It worked a scrape, then began walking toward Claire’s stand, presumably craving the Wright Whitetail Minerals nearby. She shot him with a .243 and got both lungs. The deer expired after a 30-yard dash. It’s the second buck she’s killed that scored 140+ in the past two seasons.

To read about her son’s 147-inch buck, click here.

Kade Oxendine, 11-years-old, and Joseden Oxendine, 12-years-old, teamed up to harvest this buck during the 2021 deer hunting season. […]

Carson Foster, 12-years-old of Oak Grove, N.C., shot a nice Orange County buck in early November with a 170-yard shot from his muzzleloader. […]