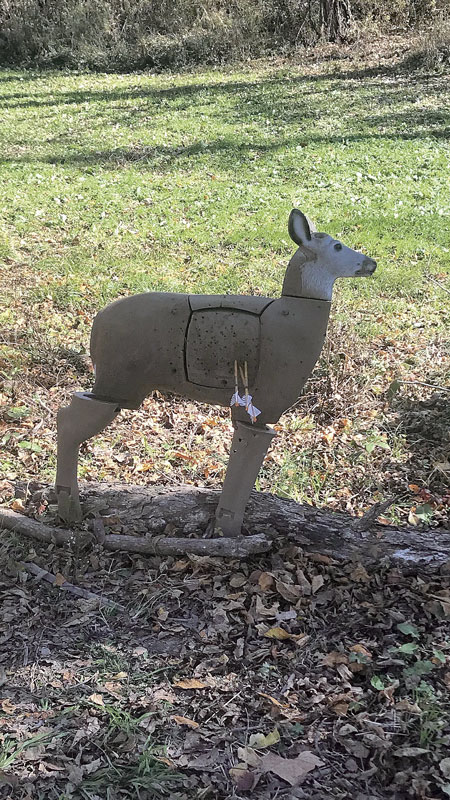 The end goal isn’t the sole purpose of bow hunting

As we begin another year of this column, I’ve been reflecting quite a bit about my personal journey of hunting with archery gear. Things have certainly changed in our sport since I first picked up a bow. Some of those changes are for the better and some not so much. One thing is certain though — as with everything else, change is inevitable if not always welcome.

After more than three decades of shooting a stick and string and working in the archery industry, the basic tenets of archery remain the same. But the equipment, the business, and many of the new participants are drastically different.

Bow hunting means many different things to many people. For some it is simply a means to begin their hunting season early, providing an opportunity to get away from home and scout for the upcoming gun seasons. Some of these casual bow hunters only shoot their bow a few times before halfheartedly occupying a stand for a few hours a weekend hoping to stumble upon an animal.

The journey and process

I’ve been in camp with people who have zero confidence in their ability to see game or capitalize on the opportunity if they do. For them it feels like a chore to maintain, tune, and become proficient with their gear. And this often shows in their lack of success in the field. Others are solely focused on the trophy animals and the gratification of posing with their kill on social media platforms or adding to their game room wall.

Each person has their own personal reasons for hunting with a bow. But for many of us who are committed to the sport, the journey and the process are as important if not even more so than the destination or the result. Note that I said journey and process. Because in its purest form that’s what bow hunting is really all about.

Many people in today’s fast paced world of instant gratification have become so focused on the destination or result that they miss the entire point. Throughout this year’s column I will focus on these two elements in hopes of helping others to take the time to enjoy them both and the satisfaction that this brings. Where relevant, I will also reflect on my own personal journey. Each step along the way I’ve learned many lessons from both the equipment and the animals I’ve pursued (many of them the hard way).

Most of us don’t bow hunt because it is easy. And that’s a good thing because usually it isn’t. We as bow hunters must first place ourselves in extremely close proximity to an animal who has senses far more acute than our own. When we occupy the same close quarters as them, we are somewhere we are not meant to be. And the shot clock is often counting down fast. Once in range we have to draw and launch an arrow at the animal, striking it in a vital area, then trail it for a successful recovery.

What drives you to bow hunt?

Bow hunting is a conscious choice to use a weapon that requires us to shrink the distance much closer and use additional skills to reach a successful conclusion. All of this doesn’t happen consistently by accident, but rather through a process that begins long before the hunter takes to the field on the first day of a hunt. Today’s equipment is certainly more efficient than when I started in the late 80s. But the basic tenets of proper form and much of the overall process are not.

Although this process is different for every hunter, many of us share certain common denominators. By sharing my process in upcoming installments, I hope to help you with yours. My journey really began when I first realized how important this process was in preparation for a big hunt in Wyoming back in the early 90s.

Steve Borsa who worked as a manufacturer’s rep for Browning Archery had invited me to his lease in Kaycee, WY. I would be hunting with Bill Norton, who was the President of Browning (no pressure there!).

As a kid who had only hunted the thick woods of Louisiana and Mississippi, heading out West with a bow, hunting for new species in more open terrain presented a huge challenge. Bear in mind this was before modern rangefinders. So practicing distance judgement was huge, especially for someone with little to no depth perception.

After months of preparation, I successfully filled both my mule deer and doe antelope tags. And I fell in love with the process of archery itself. I will elaborate on this hunt in next month’s column. But suffice to say, it helped me to grow as a bow hunter in many ways.

My son’s first deer My son, James Craine killed him at 5:15 on 1/2 the last evening hunt of the year, just 2 days after his 9th birthday. He swore at the beginning of the […]

Jerry Dilsaver Columns, Cooking on the Wild Side, Snapper

Souper Snapper is tasty, warm and filling, making it a great meal on a cool winter day. […]

About Sammy Romano 53 Articles
Sammy Romano is a lifelong hunter who has worked in the archery industry for more than 24 years. His expertise includes compounds and crossbows. He can be reached at samboka31@aol.com.

Jig it or crank it for big bass in winter

Double down on hogs