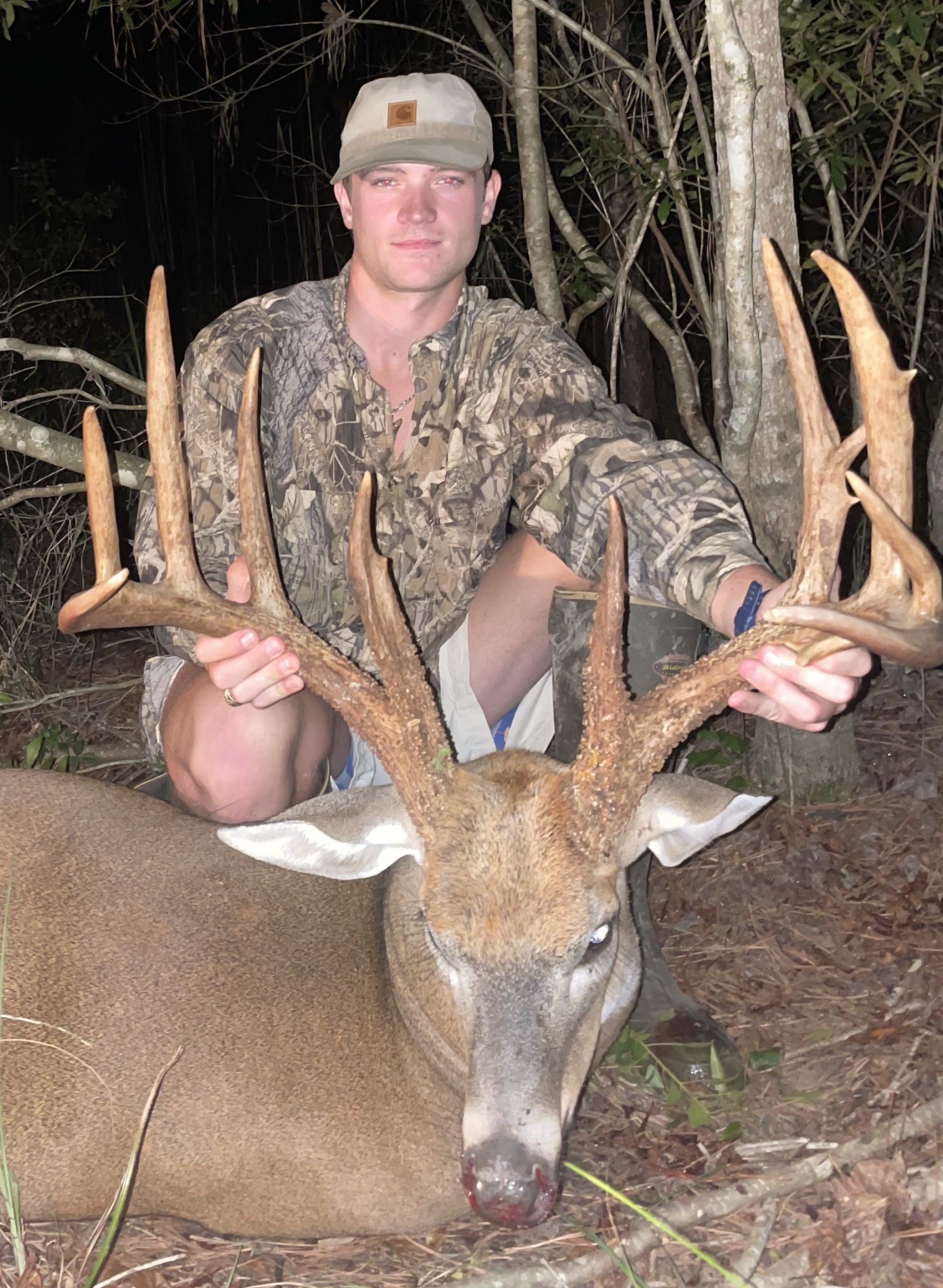 Tanner Herndon of Rosinville, S.C. is a 21-year-old hunter that’s already placed multiple deer in South Carolina’s records list. And he added another with the 12-point, 222-pound Dorchester County buck he killed on Aug. 29.

The buck has been green-scored at 162 inches.

Through trail-cam surveillance from the deer’s birth, Herndon estimated the buck at 5 1/2-years-old.

Herndon killed the buck with a .243 during an evening hunt on his family’s farm

After word began to spread about the big buck, Carolina Sportsman field reporter Brian Carroll called Herndon to get the scoop, entering the hunter in our Bag-A-Buck Contest, which awards monthly prizes as well as a Grand Prize.

2022 grand prize is our biggest ever

Herndon was drawn as the winner for August, and will receive a 1-year subscription to Carolina Sportsman Magazine and a MAGLITE XL50 LED Spectrum Red flashlight, along with some other swag.

Herndon and every other entrant in the contest is eligible for the Grand Prize, which includes a 3-year subscription to Carolina Sportsman Magazine, a 2-day, two-person deer/hog hunt at Cherokee Run Hunting Lodge in Chesterfield, S.C., a Barnett Hyper XP 405 Crossbow, a MAGLITE Field Ops Bundle, a Grey Man Tactical Vehicle Hunting Gun Rack package, a Seneca Dragon Claw Ready-to-Hunt Combo, which includes a .50-caliber airgun/arrow gun with scope, ammo, arrows and compressor. It’s our biggest Grand Prize package yet!

We accept entrants for the Bag-A-Buck contest all season long for bucks killed by hunters from North or South Carolina during the current deer hunting season. Sign up through Jan. 1, 2023 at carolinasportsman.com/bag-a-buck.

The Grand American is the ultimate coon hunt