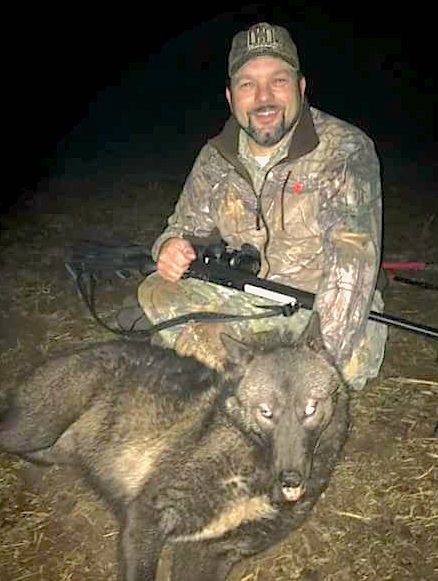 Callling a wild animal into range can be the most exhilarating part of any hunt. Many outdoorsmen have become hooked on their favorite species once they found out the secrets of telling a tale to a vocal target animal.

Coyotes are the most vocal animals that we sportsmen can target. The sheer volume of a coyote’s call can spark a hunter’s interest in chasing this invasive species.

I fell upon coyote hunting as I stalked the fields, protecting the land from hogs. The howls of a single coyote then spread to other groups. And before long, the night sky was full of yips and howls.

Hunting coyotes is a near 100-percent vocal chess match, and a hunter must learn to quickly adapt to tell a story to a responding coyote to bag this alpha predator.

The best calling scenario for any wild animal is a tale that is so convincing that the animal will take a risk to move into the area for a closer look.

Coyotes are very social animals. They really almost howl as a natural response to another howl. Often, we sportsmen never hear just one lonely howl. We often hear one, then more and then others as several coyotes respond to the first howl. This brings us to the beginning of our tale.

These howls begin the story that you are beginning to tell. I’ve seen it go by many names such as hello howls, interrogation howls, and lonely male/female howls. The purpose is to tell the tale of a single coyote moving into an area.

Why a single? And why a female call? Most, if not all, coyotes will come into the call of a single lone coyote and I almost always start with a female howl. So we make a call as a single coyote for two reasons — first, all males will come looking for love. Number two, most females will defend their territory against another female.

If you start out with a male howl, you are eliminating females that are not interested in a mate and weaker males that don’t like a fight. Also, starting out with a group howl, you portray dominance against lone coyotes. Now, there are times you can start with these calls, and you should rotate them in occasionally. But most of the time, I want to portray subordinate behavior. So a single call is the way to go.

The next part of the story is determined by responses you may receive. One may now move to the thief story where you use a prey sound to tell the tale of a stranger hunting in the area. A responding coyote is upset that a stranger is hunting in their area, and comes in to investigate.

The lover’s tale is another option where a hunter now plays a duet howl that tells the tale of a female and a male coyote meeting up. This can bring other competing males as well as territorial females.

If a coyote barks and howls at any of your calls, you want to jump to a challenge immediately. Have one of these ready on your favorites, and tell the tale that you will not be leaving. Tell the other coyotes to make you leave. Listen for any bark in that howling sequence and respond accordingly. A convincing story puts more coyotes in your truck.

The dinner time tale is another great tale to fool a coyote. A call that plays two sounds at once raised my numbers when I began to play fighting pups along with any prey distress. The tale of multiple coyotes fighting over prey is one that works very well all year.

Mix your prey sounds with different fight sounds and you can rotate a lot of different combinations to fool even the coyotes that have heard many calls before into range. Just think of all the combinations the two-sound call gives you.

The love tale is another great producer, but mainly in the beginning of the year during mating season. Whines and whimpers, along with actual mating calls will drive all the males wild and bring the females in to protect their territory.

Convince any coyote that another is in their bedroom, and you will have some fast action.

The complete coyote hunter is armed with multiple possible stories that can be rotated on properties to keep the calling sequence fresh each time out. Remember previous calling sequences and change things up to fool this predator.

This vocal chess match will bring you back out time after time. All the calls mentioned in this article give you many arrows for your quiver, so you are ready with something new the next time out.

For more tips from The Mailman on hunting coyotes, as well as hogs and deer, check out his YouTube channel.

Fourteen anglers from the Carolinas — ten from N.C. and four from S.C. — are fishing in the 2021 Bassmaster Elite Series. […]

Big male coyote shot by my dad, Jeff Lospinoso, on Jordan Game Land and recovered by me on Dec. 10, 2020. Kaitlin Lospinoso