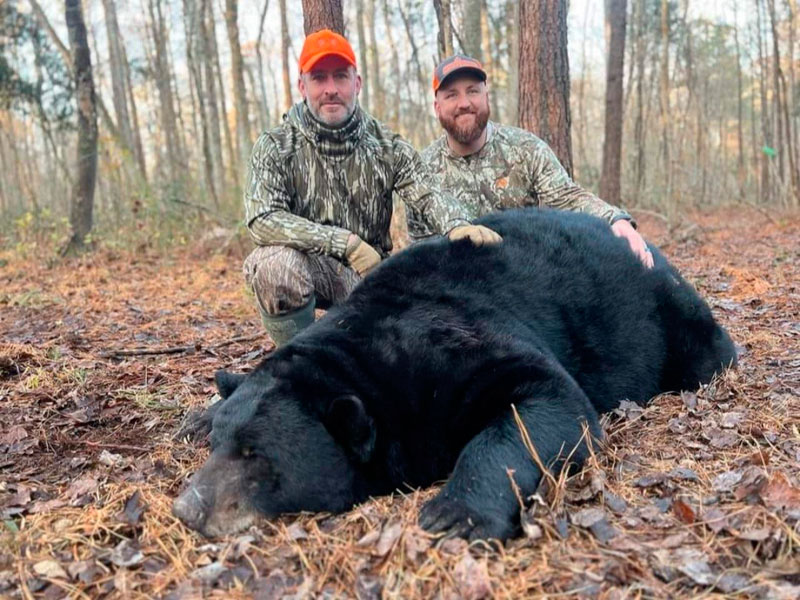 I am attaching photos of a 717-pound male black bear harvested by me on Dec. 10, 2022 in Hyde County, NC. I am aware my bear is a long distance from the North Carolina state record, but to my knowledge it may be the biggest black bear taken in the state this year.

I was a member of a Combat Warriors event on private land owned by Stormy Ridge Outfitters. At approximately legal shooting light (0632 EST), several club members released dogs from the club while my guide, Mr. Billy Barber and I moved into position.

We spotted the bear moving from south to north at a distance of approximately 52 yards through the brush and harvested the boar with my .30-30. I have been a North Carolina hunter for a few years while stationed in the vicinity of Camp Lejeune and purchased bear tags every year, but this was my first bear.

Throughout the hunt, every member of the club was a tremendous help and I was greatly assisted by Phil “Rabbit” Ferguson, Billy Barber, and Chris Milligan.

The bear is currently at the Artistic Taxidermy with Steve Rolan and beginning the process of a full body mount. The tooth has been submitted to NC Wildlife, but an age of the bear has not been assessed yet. 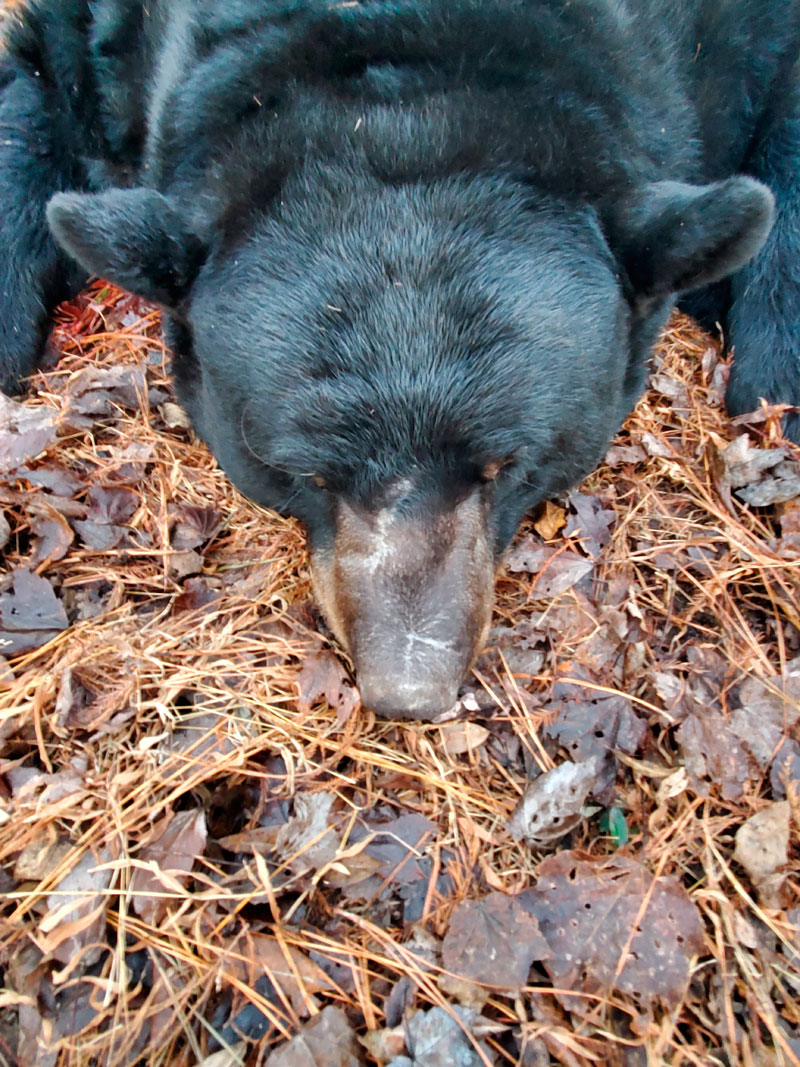 The 2023 striper harvest dates and regulations have been posted by NCWRC for the Roanoke River Management Area. […]