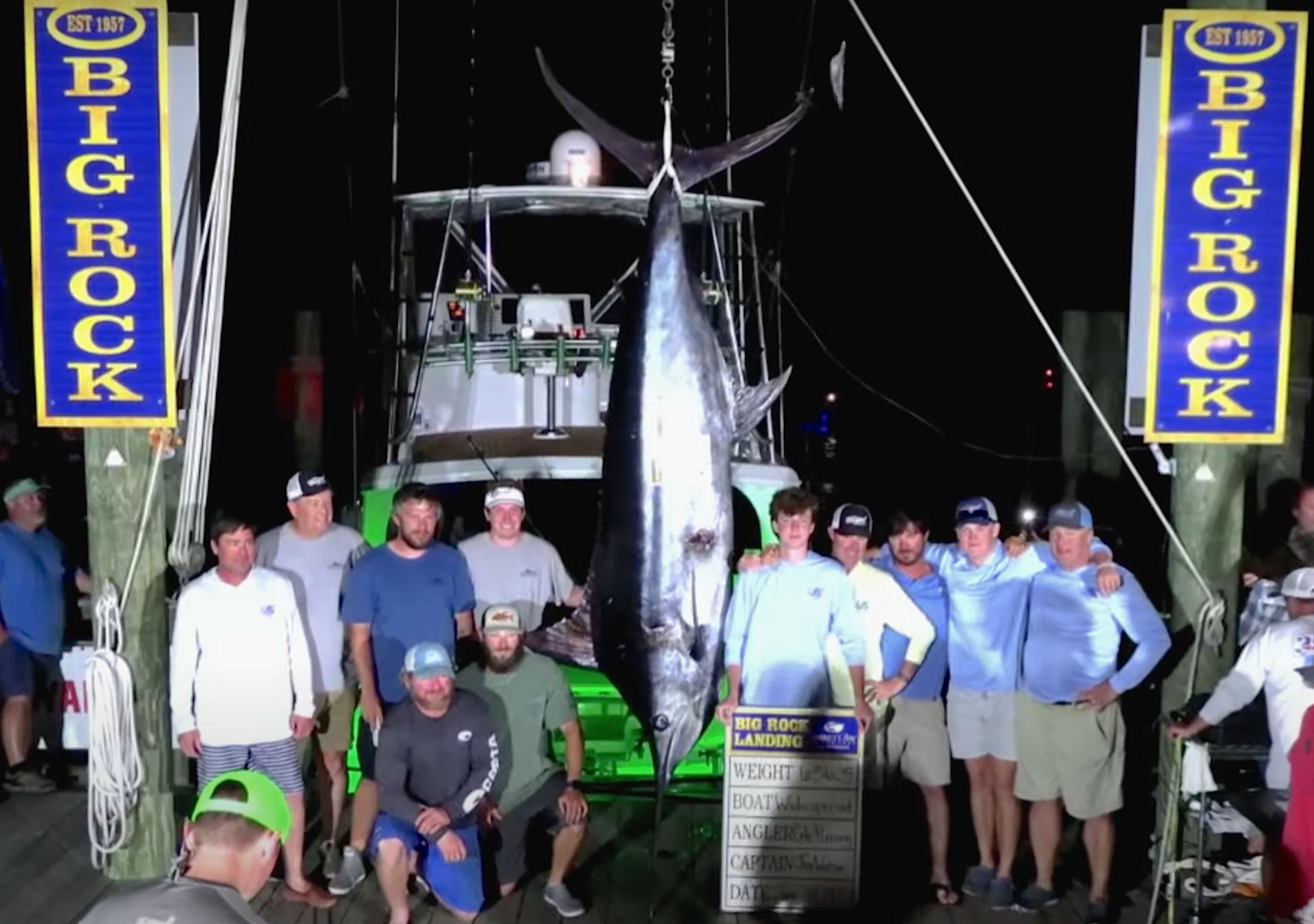 Another shakeup on the Big Rock leaderboard

With a late-night weigh-in, WIDESPREAD shook things up on Day 5 of the 2021 Big Rock Blue Marlin Tournament. Their 656.5-pound blue marlin landed them atop the leaderboard in the Heaviest Marlin category. The catch puts them in great position to pocket $1.6 million heading into Saturday, the final day of the contest.

Cole Pirrung, 19-years-old, was the angler that caught WIDESPREAD’s marlin after a 4-hour fight. It’s the first billfish the Raleigh, N.C. angler has ever caught, but his family has a solid history of fishing this event.

The teenaged angler, one of three brothers that have now weighed fish at a Big Rock tournament (including his younger brother, who currently sits in fourth place) said they had two bites earlier in the day that didn’t pan out. Luckily, this one was a different story.

“We were kind of chilling, and my dad came in and told us we needed to change our luck. So, everyone gets up and gets fired up. And not even 10 minutes later, (the marlin) came up on the left short and pounded the bait,” said Pirrung.

38 billfish were released on Day 5

BABY J rumbled into contention in the release category, racking up 800 release points on the day. That puts them in sixth place, and in striking range for the lead.

WAVE PAVER sits atop the Billfish Release Division with 925 points. ANITA JEAN and STARFLITE are in second and third, respectively, with 925 points apiece as well.

BABY J also took the Gregory Poole 1st Release of the Day award, cutting a blue marlin loose before any other boat secured a release.

Overall, the bite was hot on Day 5. A total of 260 boats fished, and four were hooked up within minutes of the official start time. The billfish were biting, and crews released 26 blue marlin, 10 white marlin, and two sailfish. WIDESPREAD’s blue marlin was the only one to make it to the scales.

Lines go in Saturday morning at 8 a.m. for Day 6 of the Big Rock Blue Marlin Tournament. Click here for updates throughout the day.

Sign Up Now
About Brian Cope 2286 Articles
Brian Cope is the editor of Carolina Sportsman. He has won numerous awards for his writing, photography, and videography. He is a retired Air Force combat communications technician, and has a B.A. in English Literature from the University of South Carolina. You can reach him at brianc@sportsmannetwork.com.
Website