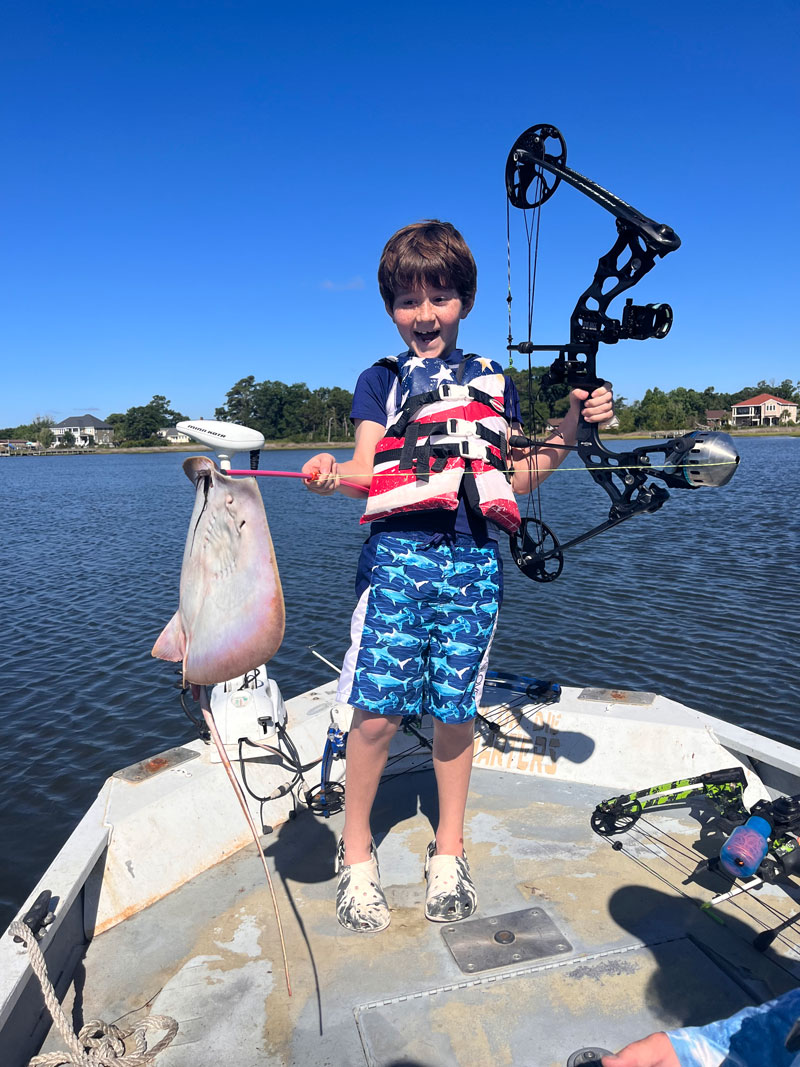 This is Caleb Thompson and this was his first bowfishing trip. We went down to Emerald Isle/Cedar Point just like we have the last 10 years for the Joey Thompson memorial Saltwater Bash (which was renamed this year after Joeys passing). Caleb is Joeys son and I, his mother, took him down and went out with Captain Dale with Fish or Die Charters. In the early hours on June 24 Captain Dale put Caleb on a stingray. Caleb drew back and Captain Dale told Caleb to aim a little lower, and then Caleb released and on his first attempt shot his first fish!!!