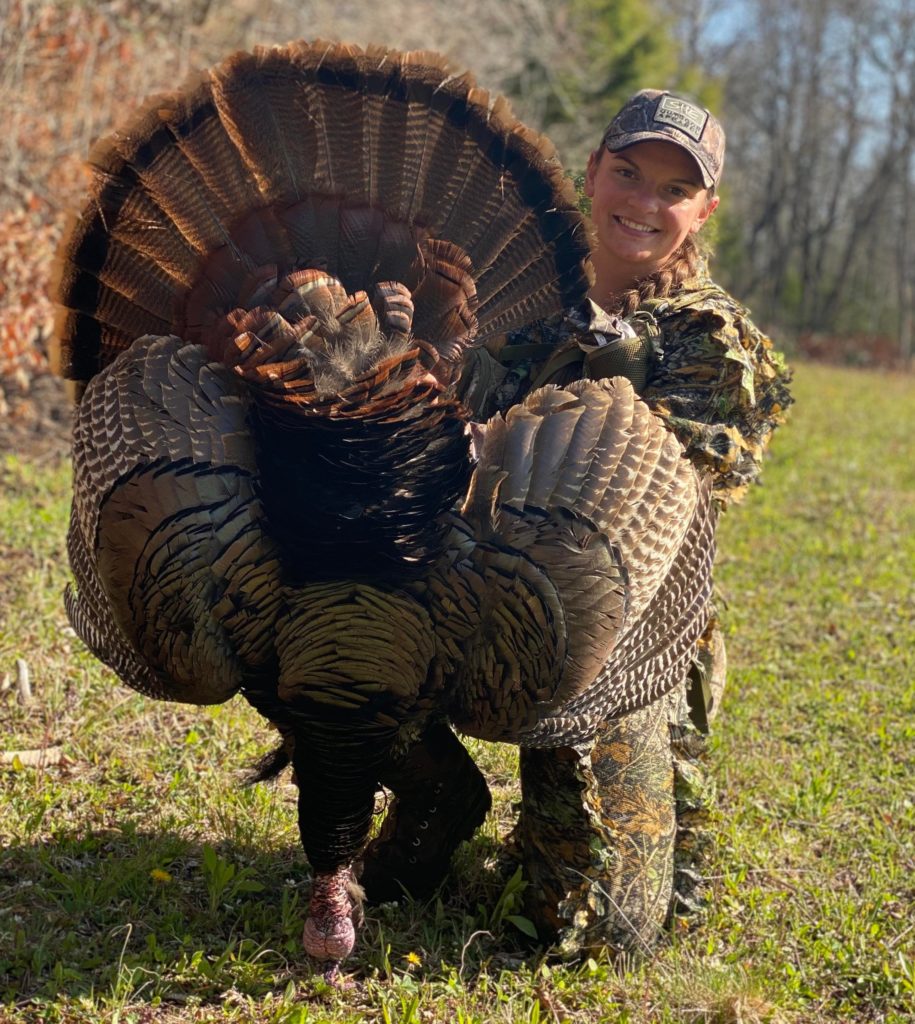 Kailee Shumate, who lives in Marion, N.C. killed a banded gobbler on game land in McDowell County during a hunt on April 23, 2022. And she wasn’t even planning to pull the trigger on her Mossberg 835 Ulti-Mag that day.

“I was hunting with my fiance, Elijah Winters, and was hoping to get this bird at the end of his gun barrel instead of mine. Unfortunately for Elijah’s sake, the shot opportunity was presented to me instead of him,” she said.

The overall hunt was a pretty quick one, and Shumate did not know the turkey had a band on its leg until she had shot it and was recovering the bird.

“We had no idea this bird was banded until I ran up to it after taking the shot. Talk about a surprise!” she said.

Shumate did not weigh the bird, which had a 9+ inch beard and spurs that measured 1 1/8 inches.

The band had an NCWRC code, so Shumate reported the band and received some interesting information back. 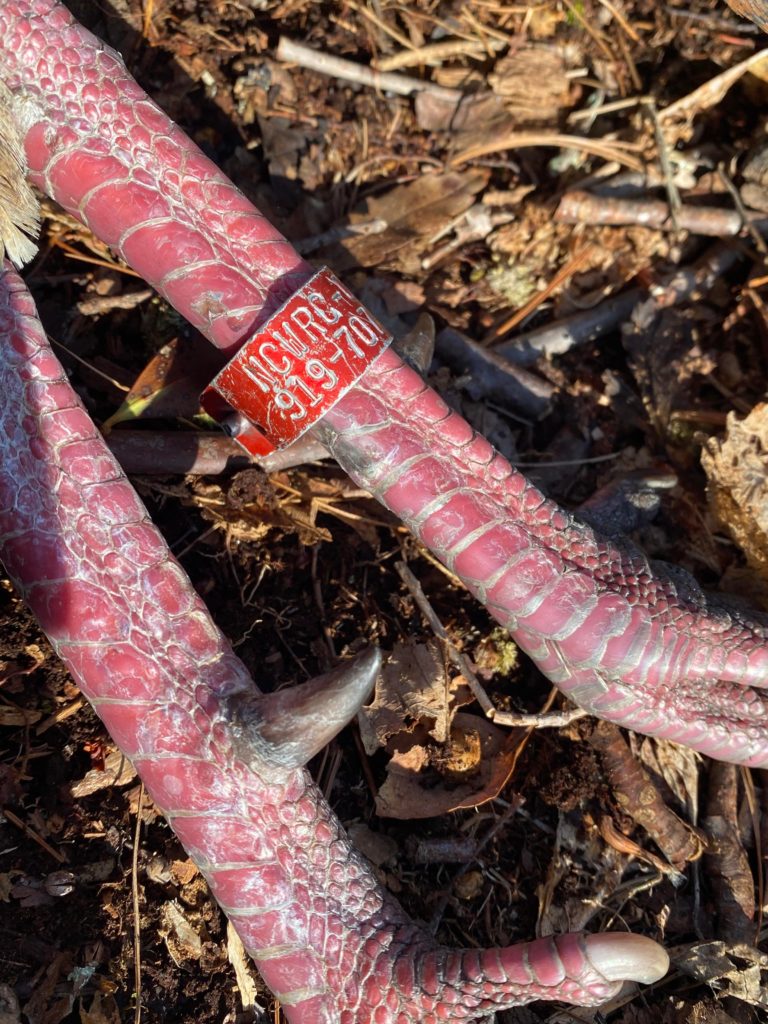 “The bird was part of an ongoing research project with NC State University in partnership with the NCWRC. After reporting the band number, I found out that he was banded and fitted with a transmitter on Feb. 4, 2021. The transmitter was later retrieved on June 7, 2021 almost 7 linear miles from where he was originally captured.

“From where the transmitter was found to where I killed him was almost 6 linear miles. With the mountainous terrain, I would estimate nearly double that in actual walking miles. That bird did some traveling in his lifetime!” she said.

Shumate is now the latest entrant in our Tag-A-Turkey contest. Click here to see the full gallery.

Catch your share of NC’s red drum with these tips for June. […]

The SPRO Flappin’ Frog 65 is a buzzing-style lure that works in even the heaviest of cover. […]

About Brian Cope 2176 Articles
Brian Cope is the editor of Carolina Sportsman. He has won numerous awards for his writing, photography, and videography. He is a retired Air Force combat communications technician, and has a B.A. in English Literature from the University of South Carolina. You can reach him at brianc@sportsmannetwork.com.
Website