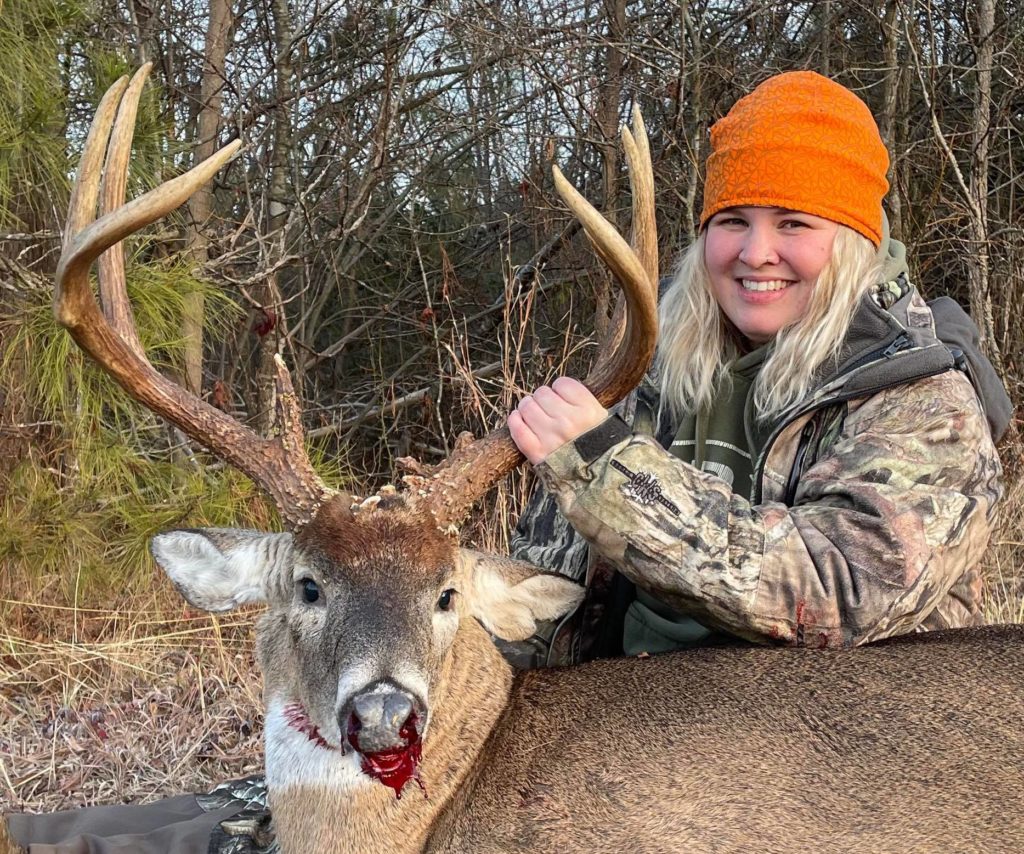 Rogers had seen the big deer once in person. That happened during the 2020 season just before legal light. She also had years of trail-camera photos of the buck.

She was hunting from a box stand with Andrew Ingerick facing a large food plot when she shot the 9-pointer. It ran 30 yards before dropping in the food plot. A trail-cam photo from the night before gave Rogers the impression that her Christmas Eve hunt might be a good one.

“He was in the food plot the night before with another one of our target bucks and a few does. Feeling one of the target bucks would be in there in the morning was motivation to go,” she said.

When they arrived to the stand, some does were already in the food plot. But pretty soon, they left. That’s when the big buck showed up. Putting the buck in her crosshairs shook her up a bit at first, but Rogers took her time and made the shot.

Her shot was true.

“He made a little jump and you could tell it was a good hit. He toted his front leg for 30 yards and it was all over,” she said.