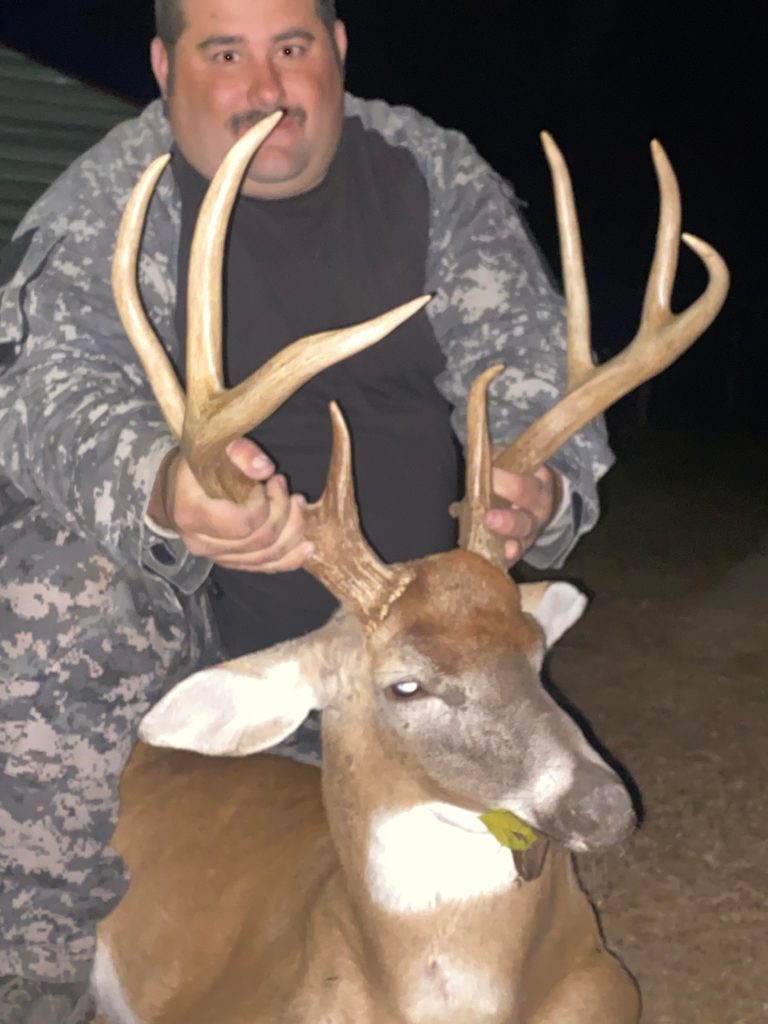 Don Wooten of Macclesfield, N.C. was hunting in Edgecombe County on Nov. 28 when he killed a big 9-point bruiser of a buck. It was a deer he had never laid eyes on before the hunt, but he had plenty of trail cam photos — all at night — of the big buck.

The buck was a mainframe 8 with one kicker. Wooten shot it from 60 yards away in an open wooded spot while hunting from an elevated stand. He was using a Savage .260. It’s only the second deer he’s ever shot with that rifle.

“I killed this monster Sunday afternoon after hunting him most of the year. And I finally caught him in daylight. I had tons and tons of nighttime pictures of it,” said Wooten.

While sitting in the stand, the hunter was passing the time by watching TV on his phone. But he put that away when he glanced up and saw the buck.