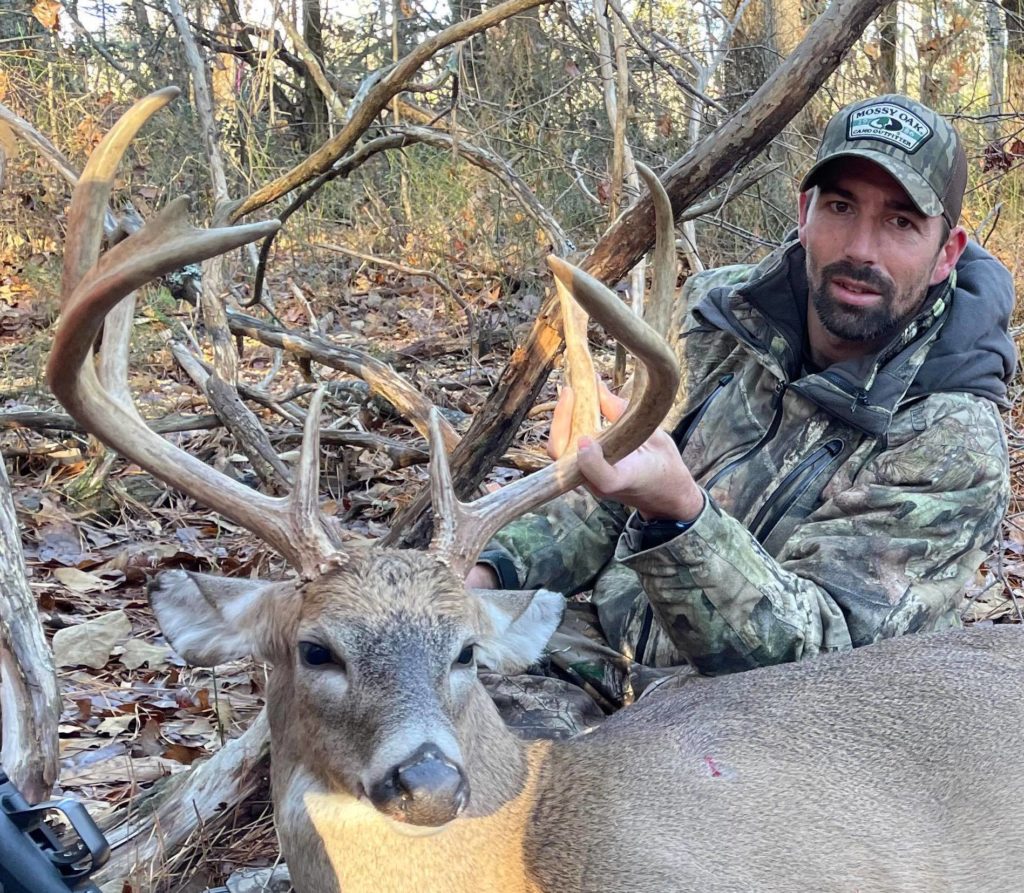 Ingerick had numerous trail camera photos of the deer, but most were at night. And the hunter stayed away from the stand on days the wind wasn’t favorable. But earlier that week, the buck finally showed up during shooting hours on a few occasions. The weather was unseasonably warm, so Ingerick was excited about a cold front coming.

“With the warmer weather we’d had and a cold front coming through, I knew he’d be on his feet,” he said.

Ingerick got in the stand early that morning. And before long, he had five deer feeding in sight of his stand. His target buck was not one of them. So he watched them feed as the sun began to brighten the day. Then the 9-point trophy showed up, looking for a fight with the smaller bucks.

“The deer came in and grunted at the five other deer feeding. They all ran and I didn’t give him a chance to chase,” he said.

Ingerick pulled the trigger, dropping the buck in its tracks.

Catching the blues at Lake Gaston

August is a great month for catching Lake Gaston’s blue catfish, and drifting is the perfect technique. […]