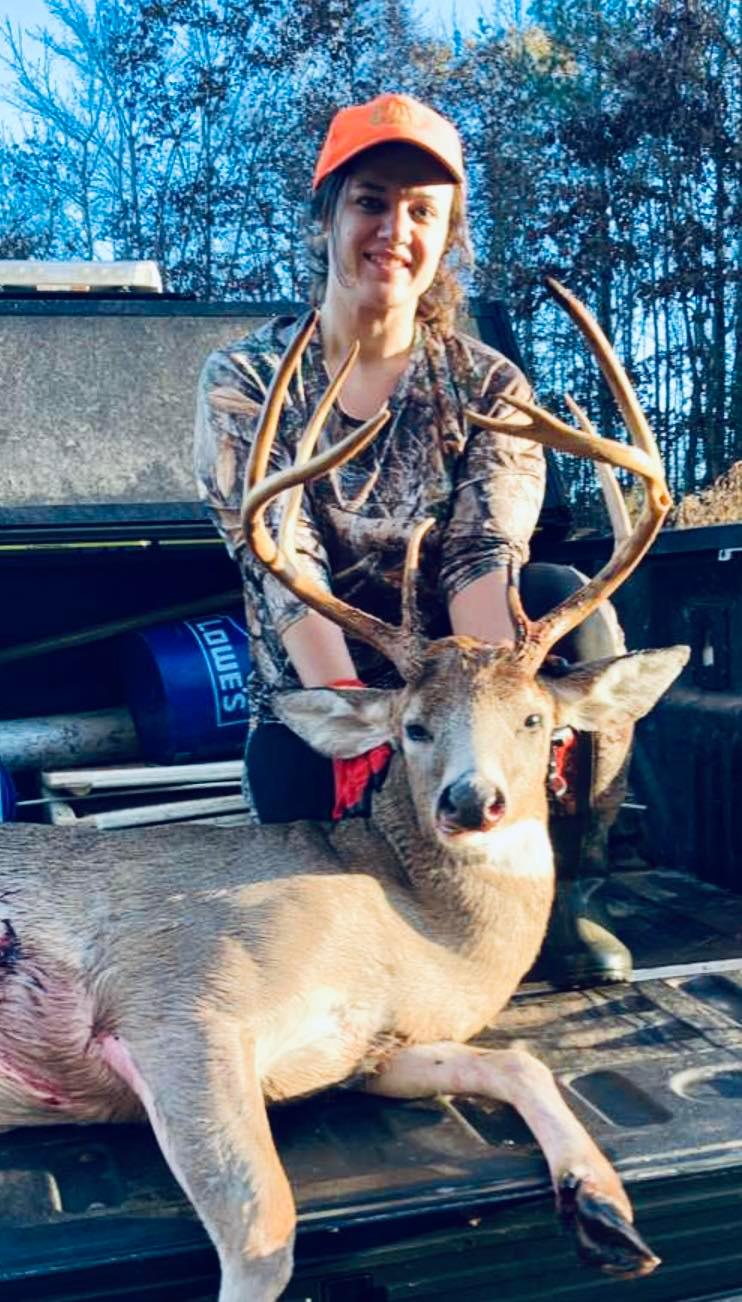 Morning hunts are never my favorite. Normally, if I must choose between a few extra minutes of sleep, or hunting, I choose sleep. But Saturday, Nov. 12, my husband and I were up and at ’em and we headed to the stand. This buck, I nicknamed “Aries” has been at the top of my list since bow season. I have had only a couple of daylight pictures of him, and I was never in my stand at the time.

Between work, my son’s busy school and sports schedule, and I, myself playing co-ed softball, I was in the stand as much as possible but never as much as I would like to be. I did see Aries once in person while in the stand, but only for the blink of an eye and I was not prepared for a clear shot on him where he decided to pop out at.

Our camera had shown him coming up from the bottom of the food plot in most of the pictures, but that afternoon he came out almost straight across from me in the shooting lane for just a split second. I was gutted, and he did not come back where I could clearly see him. I was up a few mornings early in the stand before going to work and would hit the stand as soon as I got off work when I was able.

That Saturday morning after getting settled in, I hit my grunt call and within minutes he stepped out. I had to switch seats with my husband hurriedly and Aries had his head up looking all around. He stopped for a moment, and that was all it took. I shot, he mule kicked, and we waited. He did not immediately drop but ran down a hill so I could not see him.

After what seemed like an eternity (only probably twenty minutes) we went to the shot site to check for a blood trail. Before we even got to the point of impact, I could see his white belly about thirty yards away in the edge of the woods. I was so relieved, excited, and thankful I was able to harvest this massive Warren County buck with my trustworthy Tikka.

Congratulations to Tucker, who is now entered in our Bag-A-Buck Contest and in the running for these monthly prizes and the Grand Prize package:

Father and son, Adam and Joe Nelms, killed these 2 fox squirrels on their first hunt with their new squirrel dog “Whoota” in Centerville, NC