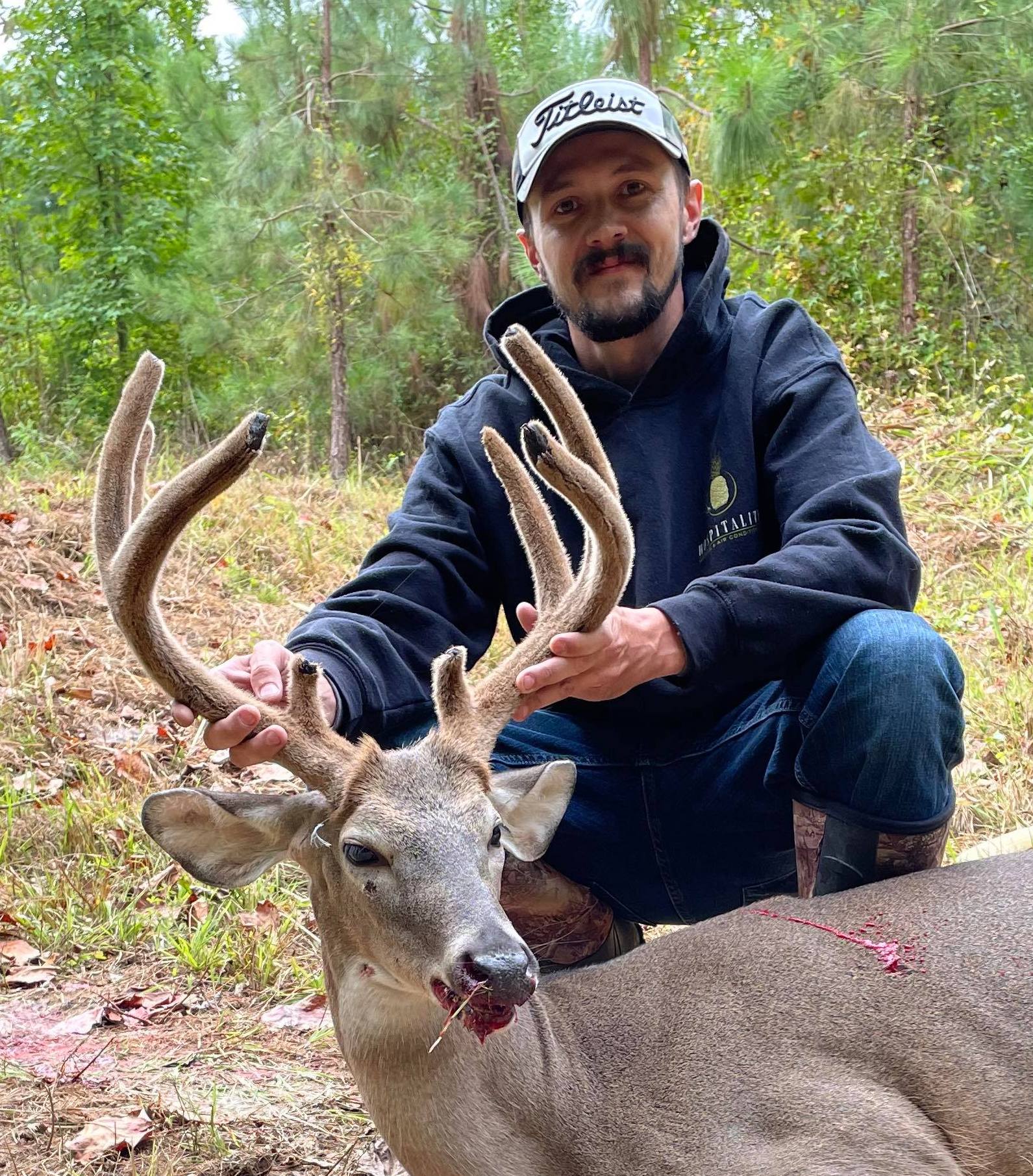 Brent Davis of Rock Hill, S.C. overslept on Sept. 5, sleeping through his alarm and waking up more than an hour later. He decided to get in the woods anyway, and it paid off big time. He killed a Kershaw County 8-point velvet buck shortly after getting into his box stand.

Within just a few minutes, he spotted a buck with a 6-point basket rack. While watching that deer, another set of antlers appeared in the trees.

“As I’m watching the 6-point, I see nothing but antlers sticking out of the tree line. I hurry to get my gun out the window and realize he’s in full velvet. It got me nervous, as I’ve never shot one in full velvet, let alone a wall hanger,” he said.

When the deer presented a clear shot, Davis pulled the trigger on his .300 Weatherby Magnum.

“I shot at 7:50 and they disappeared. Where the deer fell, I could not see from the stand because of a dip in the lane. So I was nervous I missed,” he said.

He sat anxiously in the stand for an hour, afraid a quick pursuit might jump the deer if it was wounded.

“After a long, hour wait, we started down the trail. I was 20 yards away from where the deer was standing prior to the shot when I saw antlers sticking off the ground. I immediately shouted ‘I dropped him!'” he said. “That was the best feeling in the world. And at 310 yards, I couldn’t have asked for a better morning.”

Congratulations to Davis, who is now entered in our Bag-A-Buck Contest and in the running for these monthly prizes and the Grand Prize package:

Second and personal best with my compound

Finally it all came together! Been a long wait since 2017 to get my hands on my second and personal best archery kill! […]