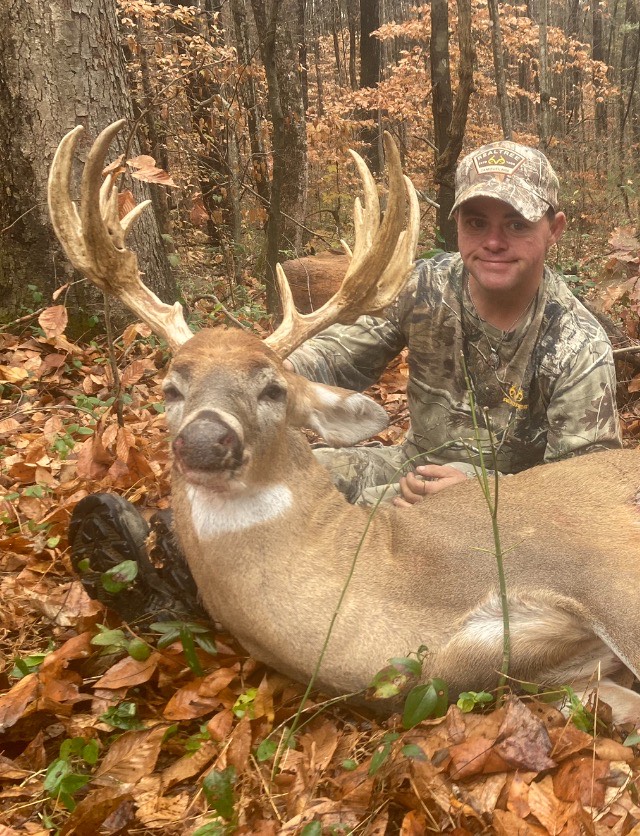 So I just acquired this place to hunt recently and just started running cameras at the beginning of November. I went to Hurdle Mills Feed and Seed in Person County and got some deer corn that they mixed up and a salt lick from them and put all that out two weeks before hunting season started here in central region.

After a week of running cameras I pulled the card and that’s when I saw “trashy” that’s what I called him because of all the points sticking up everywhere. The first pics I got of him was daylight at 9 am and then he went nocturnal. I had no idea it was a deer of that caliber in the area but with the old cutover close by I knew it had to be some decent deer there.

So once gun season came in I hunted hard every chance I got but never saw trashy in the daylight. He was always an hour or so before light or after light but with the rut being on I knew it was going to be my best chance to take him during that time. 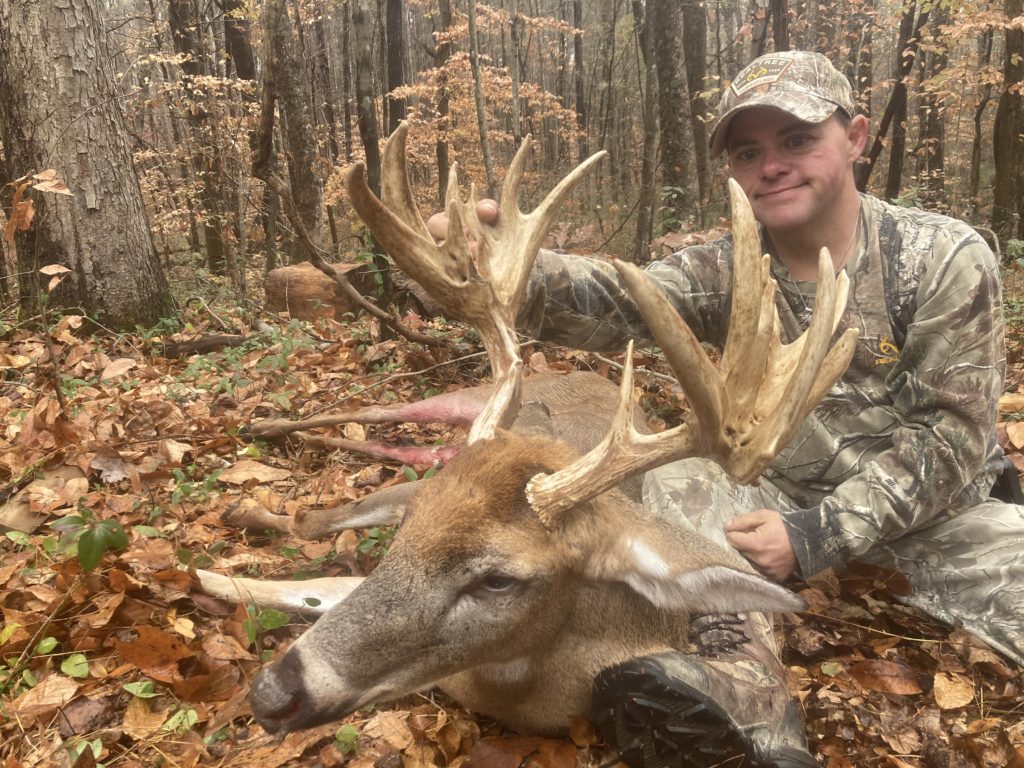 So fast forward to Thanksgiving day this year. Went and had lunch with my parents and my nephew, after a wonderful meal prepared by my mother and a lil rest and relaxing time I told the family I had to go and get in the woods because I had 5 to 7 does coming in every evening and I knew they would bring trashy in eventually.

So get to my spot and get set up a little late about 4 pm and I put out some Black Widow doe estrus sent and I waited. Well two does came in about 5 p.m. and hung around for about 10 minutes and they were very nervous acting. I kept scanning the woods with my Zeus’s scope but never saw anything else. Finally they left about 5:15.

At 5:20 I looked up at the corn pile and there “Trashy” was but he didn’t present me with a good shot. He was facing straight away from me. I closed my eyes and said Adam please help me take this deer I need him to turn just a little… Adam is my brother who passed away in March of this year. He and I have always been in competition with each other since childhood when it came to hunting and fishing, but he was always so proud of me anytime I killed anything whether it was a doe or the two big ones I have mounted. It’s no doubt in my mind he was right beside me that evening.

My dad taught me and my brother all about hunting and fishing growing up and I give him a lot of the credit for my harvest because if he hadn’t taught me how to hunt and what to look for I wouldn’t know where to start!! So after saying the little prayer and asking for my brother’s help, I looked through the scope and he had turned just enough to give me a quartering away shot. I squeezed the trigger and he went down in his tracks. It took me a minute to get myself together because I couldn’t believe what I just saw and harvested.

I walked up to him, took a picture and sent it to my mom, dad and my cousin. They both called me almost immediately. I walked back out and went and got the neighbor nearby to help me load him up because he was huge body wise, we guessed around 200 to 225 pounds. After caping him out I took him to Curtis Vaughns Taxidermy.

Congratulations to Potts, who is now entered in our Bag-A-Buck Contest and in the running for these monthly prizes and the Grand Prize package:

Father and son, Adam and Joe Nelms, killed these 2 fox squirrels on their first hunt with their new squirrel dog “Whoota” in Centerville, NC