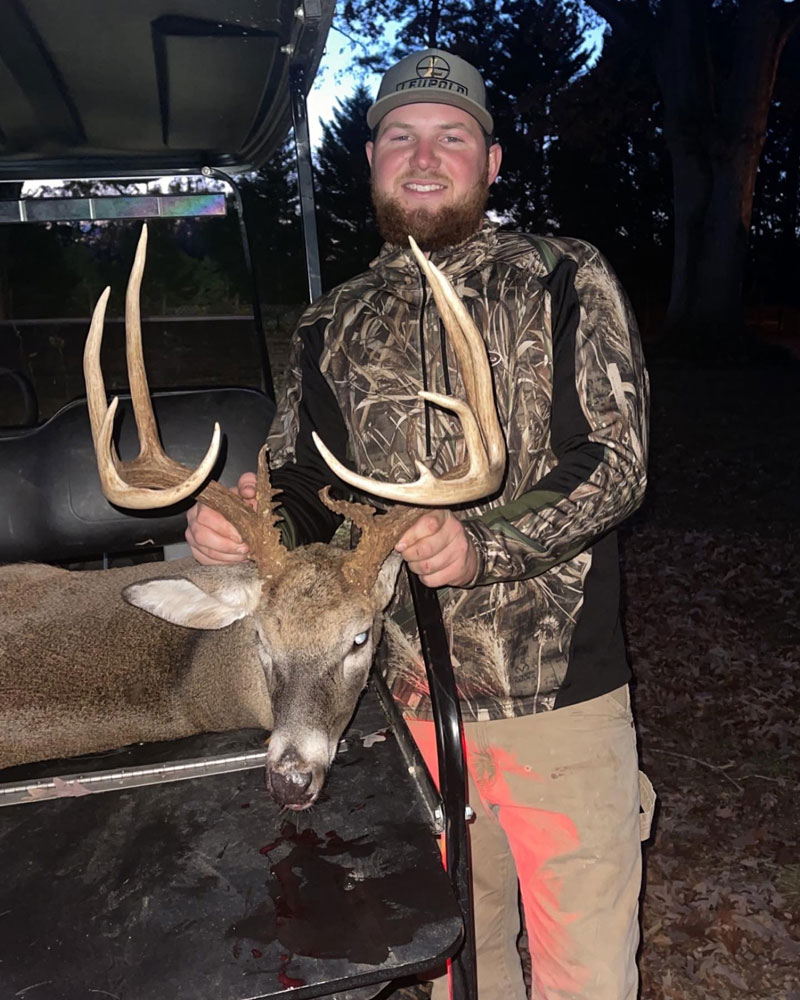 Hey I’m Dylan Jones from Timberlake, Person County, North Carolina. I harvested this buck November 22nd around 4:40 pm, I’ve been hunting this deer for 2 years, hunted him really hard last year just couldnt ever make it happen, he would always come in 10 -15 mins after sun went down or leave right before sun came up, the side by side pics are pictures from last year to this year.

I started putting minerals out in May and no sign of him kind of discouraged until August there he was, had him on camera most of bow season just couldn’t get in the woods at the right times or wind direction wouldn’t be right when I did have time.

Week before black powder season he disappears no where to be found, I get zero pictures of him until 11/16 one pic middle of the night, and nothing for almost another week, as I was eating lunch on November 22nd my phone went off, it was the pictures from that morning on my tactacam revel X Cell camera, and there he was 8:30 in the morning broad daylight I couldn’t believe it this deer has hardly ever day lighted like that so I figure I better get in the woods.

I got to the stand fast as could got Settled in about 1pm and around 440 pm here he comes over top of the ridge I put him in my Nikon scope and I’m in disbelief as he stop and smells around try to get down wind of me he continues to walk straight to me and he makes it to about 60 yards away from me and stops around with that noise up in the air I said that it’s I going to try him.

I don’t like to shoot one stand straight on at me but it was a chance I was going to take with this deer, with the cross hair between his shoulder I squeeze the trigger on my mossberg patriot 300 win mag and he drops,the hunt was over after 2 years I still couldn’t believe it until I got my hands on him. I don’t think I’ve ever hollered that loud, Going to say 4.5 year old deer, green scored at 145 7/8 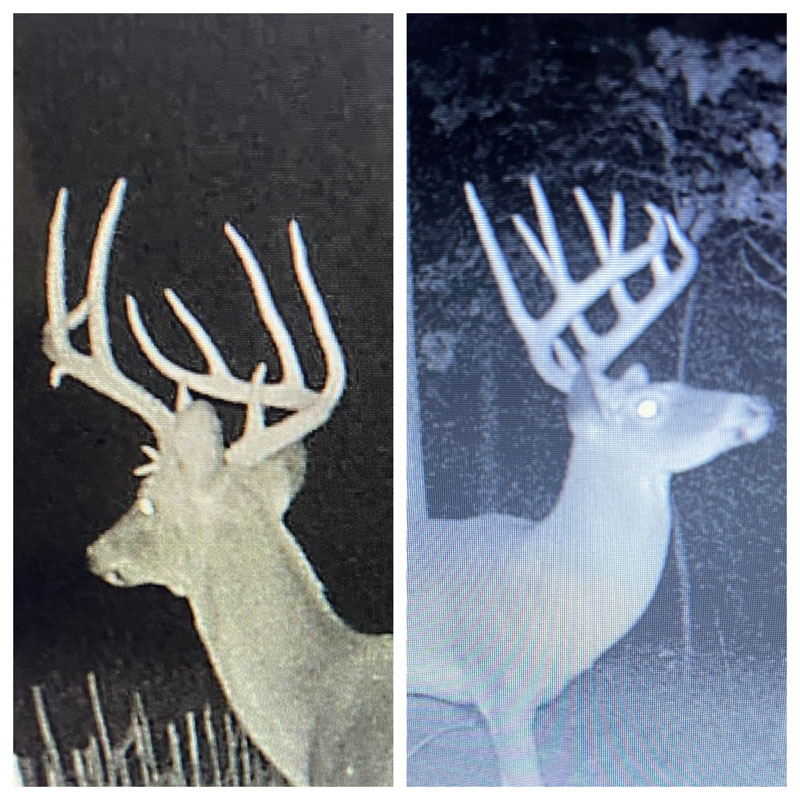 After hunting the deer since the middle of archery season, Carter Shook finally killed this piebald buck in Caswell County, N.C. […]

Teddy “Joe” Ross killed a big one while deer hunting in Buncombe County on Dec. 9. […]