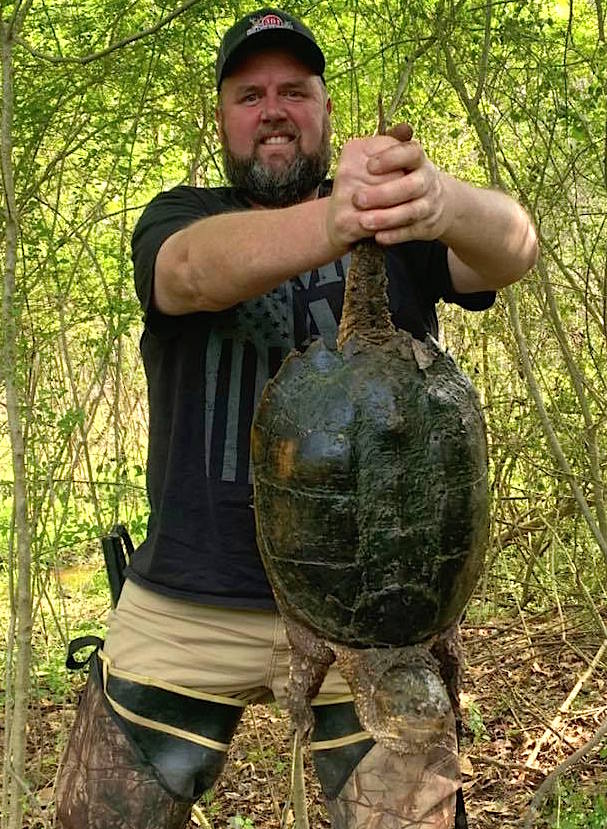 Stacy Atkinson of Florence, S.C. was checking one of his beaver traps earlier this week when he found a surprise. A big alligator snapping turtle got itself into a bind. But luckily, Atkinson wasn’t in the mood for cooter stew. He took a photo and released the big turtle unharmed.

Atkinson is a big time hunter, and hunts just about everything that’s legal to kill in the Carolinas. He films many of his outdoor experiences for his TV show Low Country Wildlife TV. But he takes no pleasure in killing any creature just for the sake of killing. He said they all have their place in the natural world. So whenever something like this happens, he simply releases the animal and moves on.

“Springtime beaver trapping brings out all the critters. I took a photo and released it unharmed,” said Atkinson.

I was using a spinnerbait when I caught this nice bass. It’s my biggest one yet.

Shellcracker bite is heating up in Carolina waters

As the spring weather continues to warm the lakes and rivers in the Carolinas, the shellcracker bite gets hotter and hotter. […]

Rabbit Hemorrhagic Disease Virus-2 is impacting rabbits in several states in the south. […]