Many anglers stop fishing for crappie once the summer heat sets in. But they are missing out on some great catches. And it doesn’t take the newest LiveScope technology to catch them.

Capt. Travis Bradshaw with Pigpen Guide Service is putting his anglers on limits of crappie on Jordan Lake, and he has three tips that will help other anglers get in on the action.

One mistake a lot of anglers make is they only look for fish on their depth finder. Instead, Bradshaw looks for balls of bait. As long as he finds bait, he knows that crappie are nearby and that those fish will feed in these bait balls when they are ready.

“I think a lot of times, the crappie just don’t show up on the depth finder. Or if they do, it will just show one or two. Sometimes I think they are just too close to the bottom or to structure to show up. And even if you locate fish but no bait, those fish aren’t in the feeding mood. Find bait, and you’ll find crappie, even if you have to give it a few minutes before they’re ready to bite,” he said. 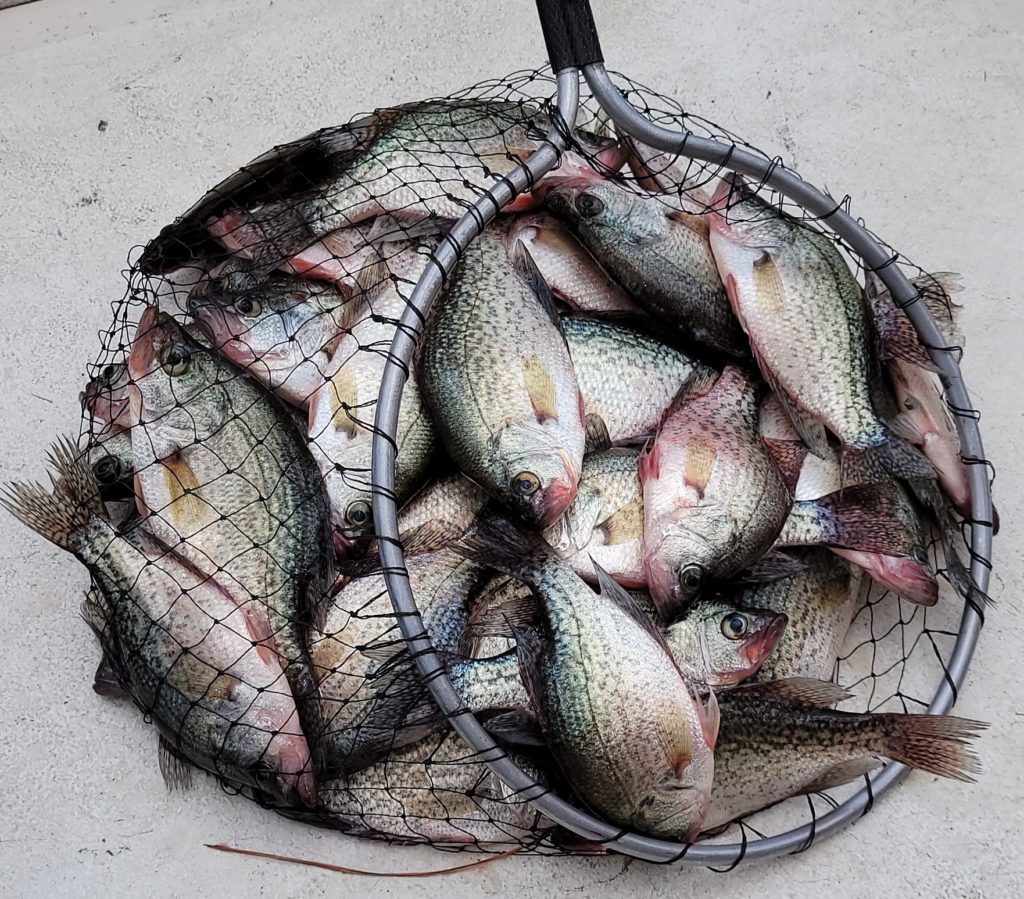 You don’t have to go deep

Bradshaw said many anglers believe all the crappie go deep in the heat of summer. And he said you can certainly find some fish in 40 to 50 feet of water. But he said it just isn’t necessary this time of year.

“You can catch them deep right now. But it’s more trouble and it’s where most other anglers are fishing. So you’ll have all those to compete with. You can find just as many fish in the smaller coves in water from about 8 to 14 feet deep, and they are biting good throughout the day,” said Bradshaw.

He focuses on two key elements in those smaller coves — brush piles and ledges.

Don’t let the heat run you off

It’s always good to start as early as possible, and Bradshaw prefers starting at safe light. But he doesn’t pack up and leave at lunchtime — not even if the bite slows down then.

“These fish right now are chasing bait and they’re feeding whenever they feel like it. You can get a lull and think the bite is over, then all of a sudden it turns on and you have multiple rods go down at the same time.

“The heat doesn’t really bother them like most people think. They might eat a little less, and they might eat less often than other times of the year. But they’re still going to eat whenever they’re ready. If you leave thinking the heat has shut them down, you’re going to miss some good fish,” he said. 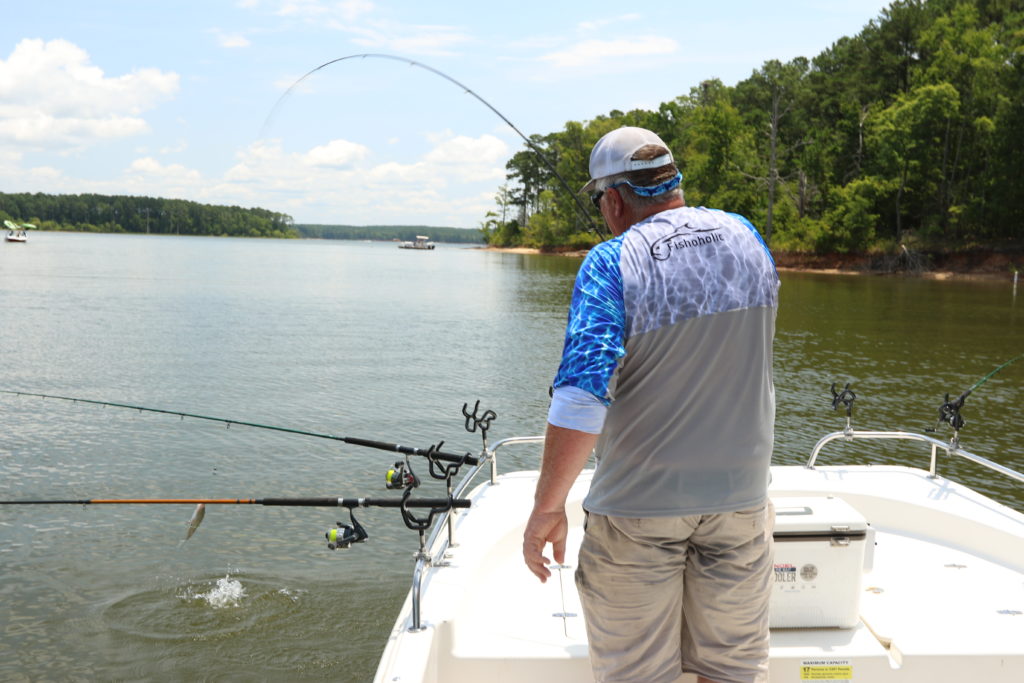 Bradshaw has been using small minnows as bait, and he puts anywhere from eight to 12 rods out, then trolls between brush piles and ledges. When he picks up a few fish in one section, he’ll troll back in the opposite direction, then back again. He varies his speed depending on what the fish prefer on any given day. He starts off trolling around .5 mph, then adjusts as he figures out what is working best.

The bite should continue much the same throughout the next couple of months, he said. Bradshaw is available for weekend trips on Jordan Lake and can be reached at 919-669-6989.

The crappie are biting just fine on High Rock Lake, despite the summer heat, for Capt. Shane Walser of Yadkin Lakes Crappie Guides. […]