We are bound by law to manage our fisheries

I got to take a bit of a break from my normal routine recently to attend the 2022 Saltwater Recreational Fisheries Summit in Arlington, VA as a member of their Steering Committee. This summit was a joint venture organized by NOAA and the Atlantic States Marine Fisheries Commission. Although I have a bit of history working with fisheries management panels at the South Atlantic Fishery Management Council and at the state level, this event was a totally different experience for me.

Work began with the steering committee for this event around the middle of 2021, and it became clear very quickly that some extremely intelligent and diverse individuals were in the group, from all over the country. Living and fishing in the Carolinas for the vast majority of my life, I have never before caught a single salmon, a cod, or even heard of a bocaccio rockfish.

Getting to hear stories about the perceived successes and failures of fisheries management programs and structures from all around the country made me realize that the battles fought over access to fishing in Alaska, Hawaii, California, or New England are often very similar to battles being fought right here at home. In some cases, however, the issues are more convoluted than anything I have ever experienced in our region.

Red snapper in the Gulf of Mexico is a fishery that has become so complex that regulations vary widely from state to state. It has been marked by bitter fighting between the commercial and recreational sectors with no end in sight. Several fisheries in our area have the potential to go down that route, with flounder in North Carolina perhaps being the most prominent. Let’s hope it never gets to that point here. 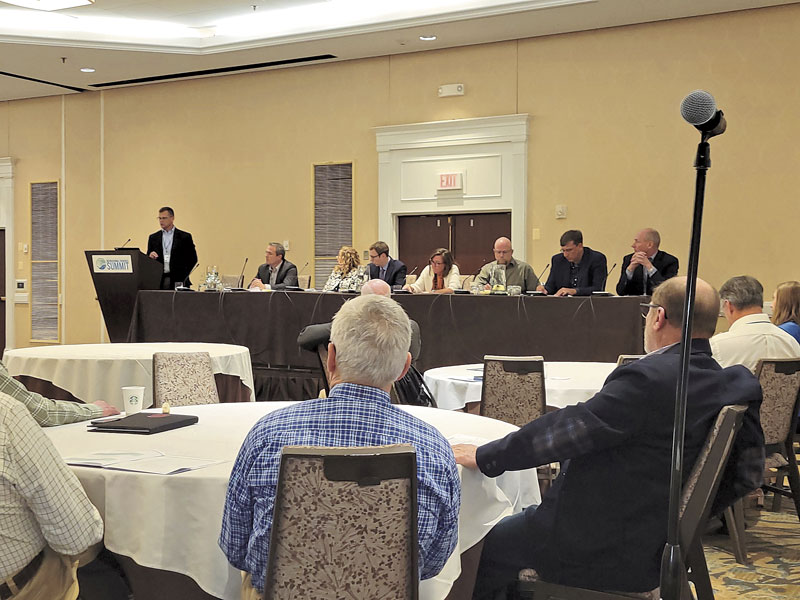 Fish management is bound by law

American saltwater fisheries management is bound by law to follow the guidelines set by the Magnuson Stevens Act of 1976, which was re-authorized by Congress in 2006. For a good many species, the framework of Magnuson provides a pretty good structure to ensure that overfishing is not occurring, and that overfished stocks are rebuilt. Problems arise, of course, when there are species where different management structures would be more beneficial to having the stock in abundance, with preserved access to the fishery. Additionally, factors other than overfishing might cause a particular stock to be less abundant, such as habitat loss or the degradation of water quality. Still other stocks have changed their historical range.

Anglers are now catching dolphin as far north as New England waters in the late summer. New England has never had to manage this stock to any degree before, but they do now. How this will affect management measures with the South Atlantic, which has historically set the allocations for dolphin, really remains to be seen. Suffice to say, a lot of developing issues were on the table at the summit.

One term that was brought up multiple times at the summit was “flexibility.” How differently can fisheries management take place and still follow the framework of Magnuson?  The concept of flexibility has been added to the equation with the Modern Fish Act of 2018. But it does not change the core of how Magnuson works.

Flexibility has become a dirty word in certain fisheries but gives hope to others, based on past experiences where management either got it very wrong, or very right. I have formed the opinion that every species needs to be managed with at least a small deal of flexibility, at the very least based on the biology of the species.

Cooperation is the key

For the most part, Magnuson calls for a 10-year period for overfished stocks to be rebuilt. In the case of dolphin, a 4-year-old fish is a miracle, while a 5-year-old fish is a potential all-tackle world record. With longer-lived fish like king mackerel or wahoo, the 10-year plan makes a lot more sense to me than it does for dolphin. Structures of management plans need not be so rigid that they take common sense off the table. Yet for all its good intentions, sometimes Magnuson does exactly that.

What this is all leads up to is the concept of how to fix the flaws that are currently a part of fisheries management. It was voiced most eloquently by David Sikorski, of CCA Maryland, though it was said in bits and pieces by a majority of those who attended the summit. David made it clear that if the system was ever going to be completely fixed, it would require a great deal more communication and collaboration between the managers and the stakeholders (fishermen) in any fishery.

Most of the time, mistrust occurs between the two groups, and fixing that mistrust is the missing link in solving all of this. By and large, fisheries managers are great at a lot of things. But they consistently underachieve when it comes to finding and catching fish. Fishermen are experts at that, but they generally feel like their efforts to communicate the size or actual distribution of a stock to fisheries managers fall on deaf ears. In reality, it is often dismissed as anecdotal data and not really analyzed, even when responsible fishermen try to get involved.

Let’s get it right

Most fishermen see fisheries managers in the same light as a referee in a basketball game, as only worthwhile when they are invisible. The second the whistle is blown then at least one half of the audience thinks they are doing a terrible job. In my opinion, this view accomplishes nothing.

Successful management of our fisheries requires collaboration between fishermen and those who count and study these fish. And it requires a lot more collaboration than we currently have. It must also be a two-way street. Getting this step of the process right is the most important step I am aware of in ensuring that our children’s generation, along with those after that, get to enjoy the same angling pursuits that we know and love.

Spanish mackerel are thick around the Edisto 40 reef during early summer. […]

Her younger brother passed away before ever using his Stevens 301, so the turkey she killed with it is a special gobbler indeed. […]