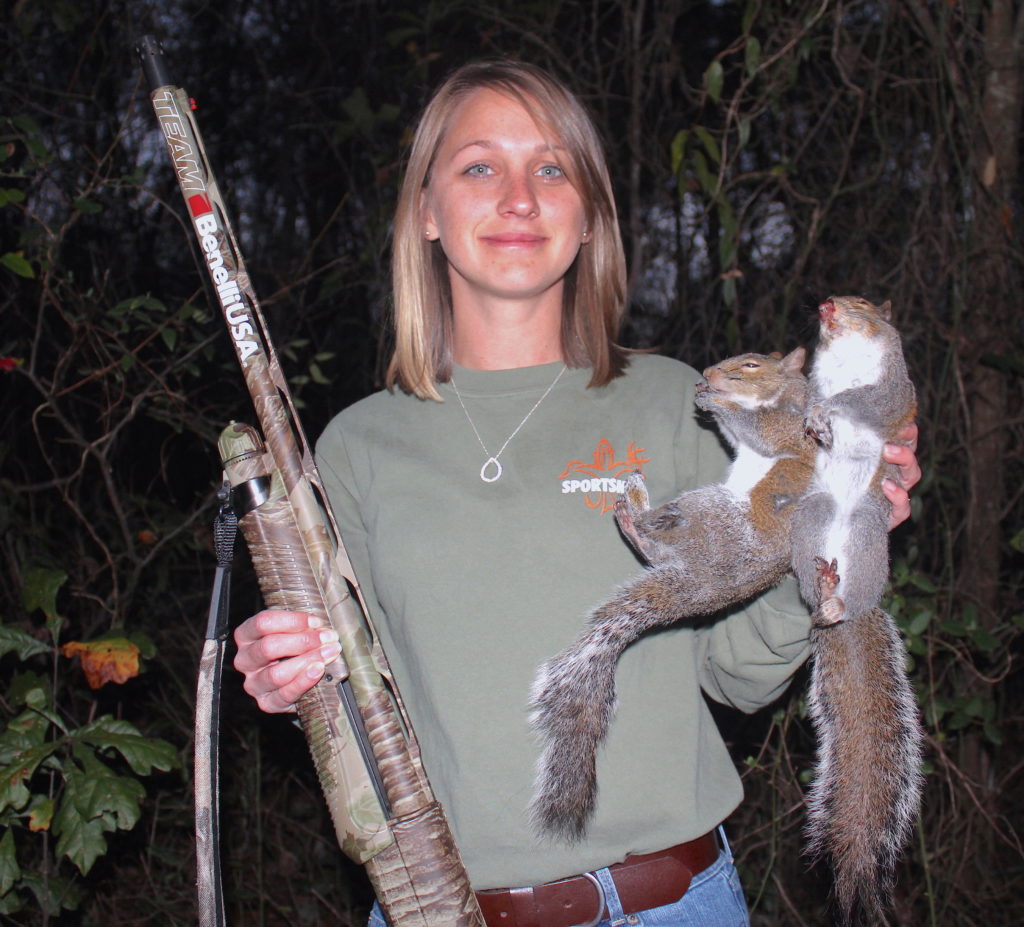 These 4 tips will help you kill more squirrels

Small game hunters are having a big time with squirrels in both Carolinas, and will continue to do so through the end of February. Some do it just to get in the woods, and others do it because it’s their passion. Whatever the reason, here’s some advice to help you kill more tree rats.

Camo up, from head to toe

Many deer hunters complain about all the squirrels they see when they’re hunting bucks. And many of those same hunters are baffled at how few squirrels they see when actually targeting them. The reason is very often because those same hunters, who wear full camouflage when deer hunting, hit the woods in bluejeans and t-shirts of various colors. Keep the camo on and you’ll kill more squirrels.

Keep the sun at your back

This is especially true early in the morning and late in the day. If you’re facing the sun, you have a harder time seeing what’s in the trees. But with the sun at your back, you’ll see it all clearly. And the squirrels have to look into the sun to see you, which is difficult for them because of the glare.

It’s kind of like taking a photograph: getting your crosshairs on a squirrel that’s perfectly sunlit is quite easy. Doing it when you’re facing the sun and the squirrel is backlit is much more difficult.

This depends on your situation. If you’re hunting around a lot of trees that are still full of leaves, a shotgun is probably your best bet. That’s because you’ll often only get a look at part of your target squirrel. They’ll use every leaf to their advantage, but those hiding places are no match for a shotgun with a full choke.

If your squirrel woods are barren of leaves, it’s time to break out the .22 rifle. While keeping the sun at your back as mentioned before, you can spot a squirrel well within range, see it clearly in your iron sights or scope, then pop a head shot before the squirrel knows you’re even around.

A good air gun is also a great choice, especially when you see multiple squirrels. Even a .22 or .17 caliber conventional rifle is much louder than an air gun. And today’s air guns are plenty powerful and much quieter. You can shoot multiple squirrels within close proximity of each other because the air gun isn’t loud enough to make the rest of them scamper. Actually, when one squirrel sees his buddy fall or slide down a tree for no apparent reason, they’ll often freeze completely while trying to make sense of it, giving you time for another head shot.

You’ll find the full gamut of air guns at Pyramyd Air, and their Airgun Finder will help you pick just the right gun for your application. They’ve also got a full slate of videos to help air gun hunters and shooters.

Having two quarters in your pocket is all you need to trick a wary squirrel that’s hiding on the other side of the tree into showing itself. Whether they’re hiding after a shot, or because they sense your presence, they’ll often hold still for a lot longer than you’d think their memory is. And if you try walking around the tree, they’ll just ease around the tree trunk themselves, staying hidden the whole time.

When this happens, it’s best to stay put, hold the two quarters in one hand, keeping them slightly separated with the thumb, index and middle fingers, then snap the coins together. It sounds like a squirrel cracking an acorn. That will put the hiding squirrel at ease and they’ll usually scurry right around to your side of the tree, craning its neck to see who is munching down.

Squirrel hunting is a lot of fun, and it’s a great way to spend a day in the woods after deer season is over. But there’s more to it than just carrying a gun through the woods and expecting the tree rats to offer themselves up. Try these tips on your next squirrel hunt and you’ll get a limit in no time.

Black drum are caught by anglers fishing inshore waters with a variety of bait and lures. […]

When is the best time to shed hunt?