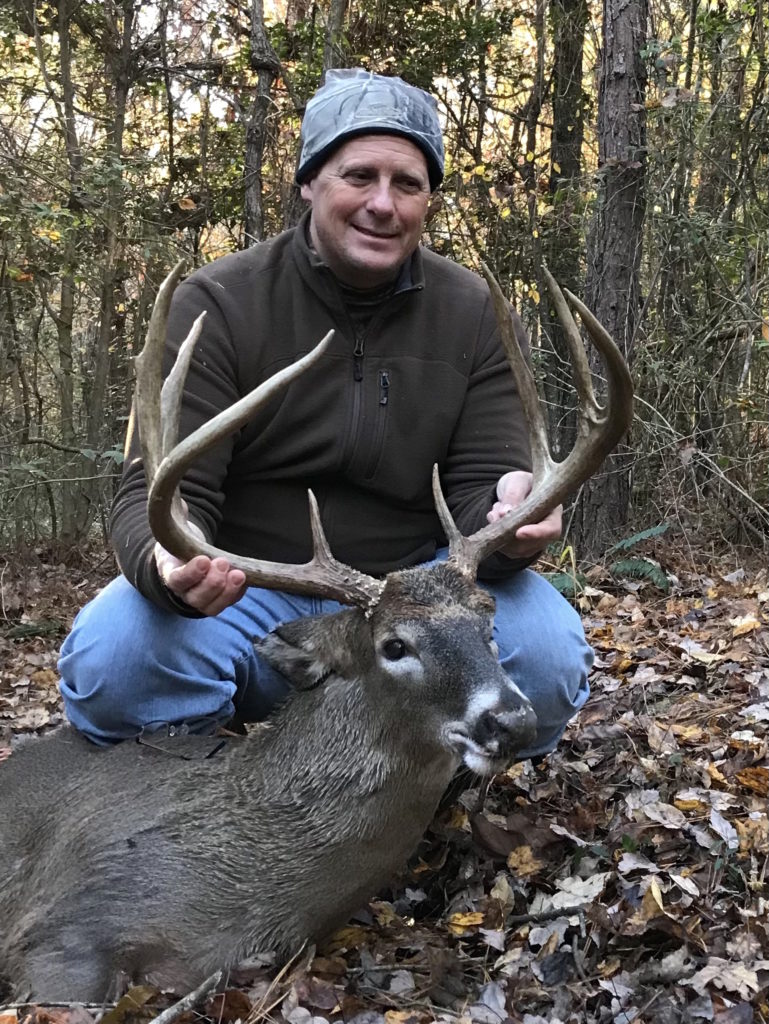 Even though I had not laid eyes on the buck, I continued to get pictures of him. On the last day of the 2020 season(January 1,2021) he showed up on camera at 5pm. Moving on, I started back monitoring trail cameras in March 2021. The buck was a regular on camera and I was excited for the upcoming season.

When the middle of October got here he started roaming off. However, he would show back up on the property every 4-6 days, mostly during the night. I hunted the evening of November 8, I checked a trail camera on my way out that was in another area of the property.

The trail camera was set to picture/video mode. Sure enough he had been there that evening, the 8th, in daylight. I decided I was going to hunt him Saturday evening. I got settled in around 2:30 pm on November 13.

Starting around 3 I bleated every thirty minutes using “the Can”. The last series of bleat was at 4:30. When I seen the buck, he was standing looking around. He started walking, I bleated with my mouth to stop him. I shot him at 4:55. The buck made back into the woods. I called my brother to help with the tracking.

We were looking for blood in the field when a deer got up in the direction he ran after the shot. We decided to come back the next morning. The next morning we found him about 80 yards, give or take a few yards from the fields edge. Unfortunately the coyotes had got to him before we did, which gave me a bitter feeling. However, I felt good to finally be able to get him.

Jonathan Wall bagged this 8 point 205 pound Union County, NC buck on November 18 in Unionville, NC. A Local taxidermist stated over his 30+ years of being in this business this is in the […]