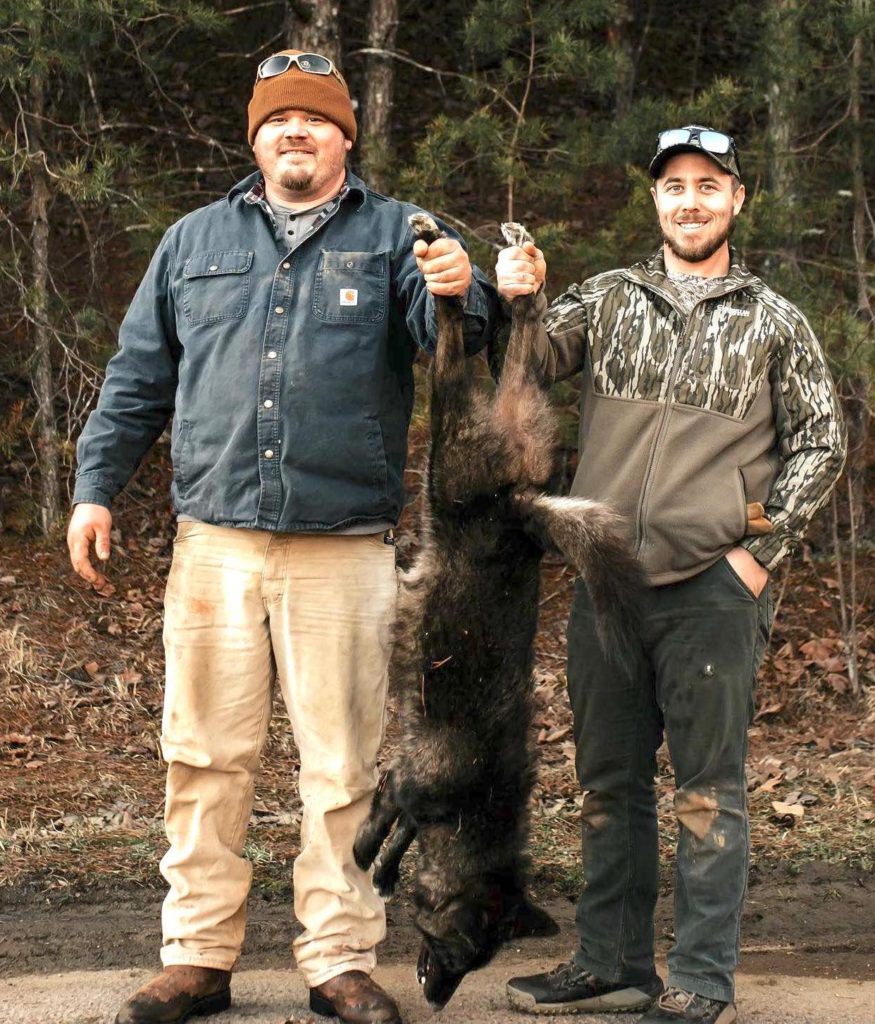 Lee Workman and Stoney Kanupp were running a trap line in the winter when they caught this melanistic coyote in Burke County, N.C.

Melanistic (black) coyotes are extremely rare throughout the American west, and although they are somewhat rare in the American southeast, researches have found that they are considerably more common here than anywhere else in the coyote’s range. The reason isn’t clear, but some researchers believe it is due to coyotes breeding with domestic dogs in the southeast, where the population of people and pets is much higher than it is out west.

TJ King Johnson was fishing the Johns River in western North Carolina when he caught this 9.8-pound musky. […]