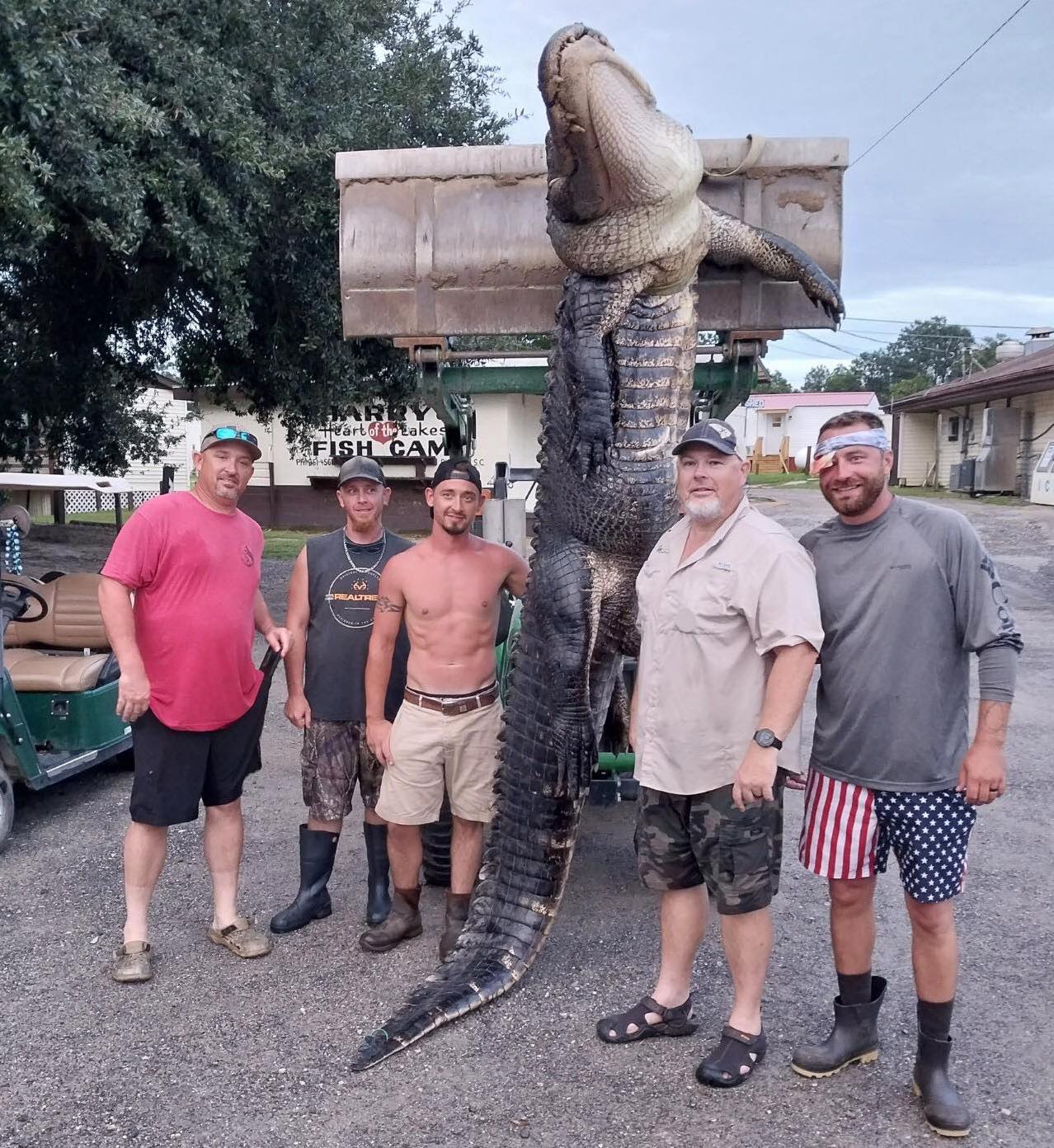 Daniel Cunningham of Laurens County, S.C. and his friends killed a 13-foot, 4-inch Santee gator on Sept. 10, 2022 during a hunt out of Harry’s Fish Camp.

The hunt involved lots of broken rods and other equipment, but Cunningham, who killed an even bigger Santee gator in 2018, said that was par for the course.

Michael Wilson, Rick Jones, Houston Motes, and Russell Iusti were along for the hunt, which began at noon.

Aside from broken fishing rods and other assorted equipment, the gator also inflicted an eye injury to Jones.

“I guess that bone fragment right at the top of the skull came out right when I shot it and busted Rick in the eye,” said Cunningham.

“It was opening day and we started right at noon. We rode around the lake a bit, saw a couple of gators. Sat waiting on a couple but didn’t have any luck. After a while, we saw a good one and actually got a hook into him but it came off,” he said.

Just after losing that gator, a thunderstorm came up, drenching the men for about 45 minutes.

“In the midst of that storm, we saw the big gator. When we got close to him, he went down. He came back up, we got a little closer and he went back down again. We sat tight for about 30 minutes and he came back up,” he said.

At that point, Cunningham said he was lucky enough to make a good cast, hooking the gator. And with that, the fight was on.

“I was just in the right time and the right place and had a lot of help,” he said.

Once they were hooked into the gator, Cunningham said the fight lasted a couple of hours before they got the gator close enough to dispatch.

“It felt like a whole evening, but it was about 2 hours. When we got back to Harry’s, it was still light. It was already dark by the time we got to cleaning it,” he said.

They didn’t weigh the gator because they had two other tags and were anxious to get back on the water. So some of them skinned and cleaned the gator while a couple of them went back on the hunt.

Scott Lawson is doing a head mount for Cunningham. They plan to eat the meat from the gator, and use the hide for some projects.