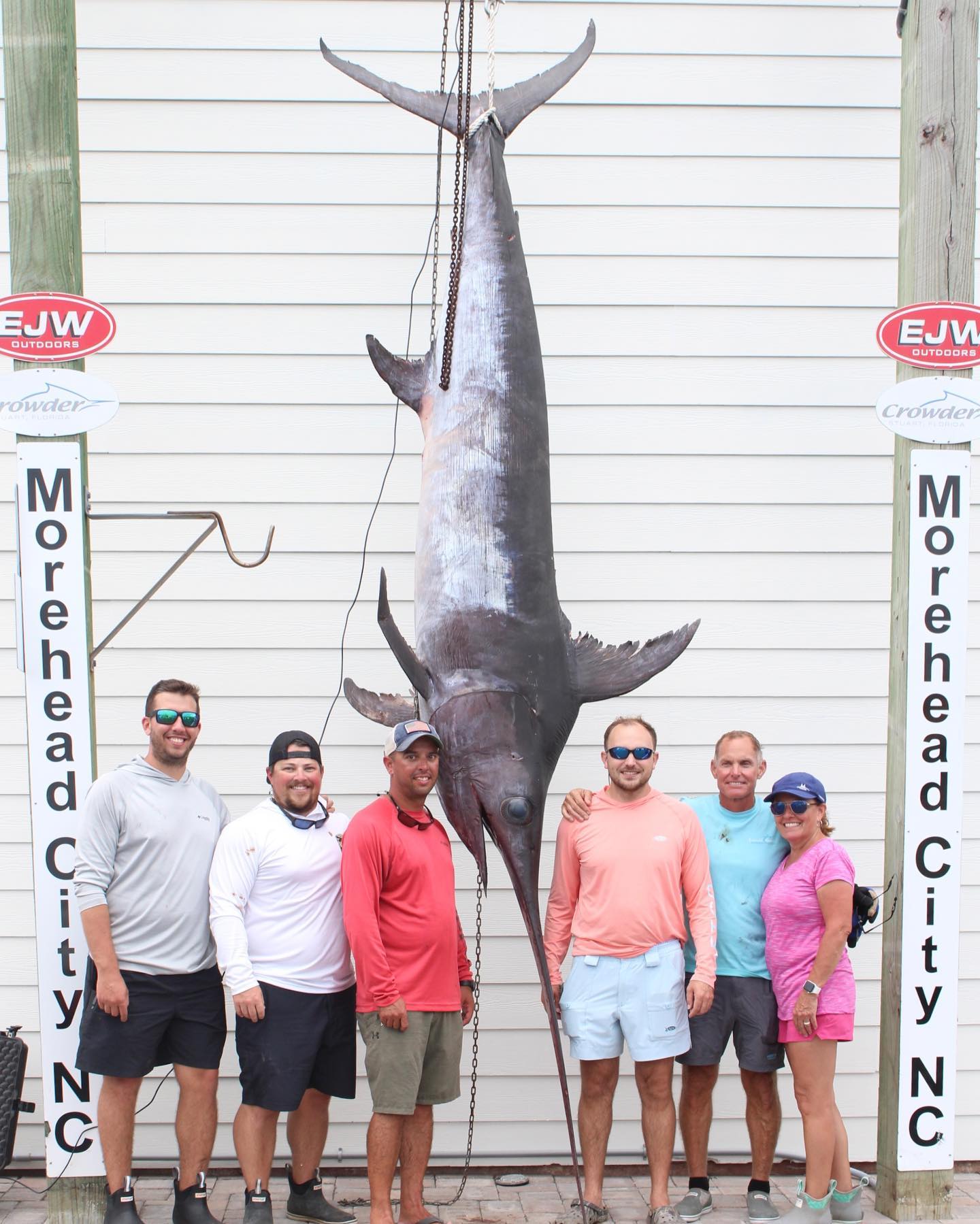 Capt. Brandon Carney, his dad Cary, and the crew of the Willow B broke a milestone with a massive swordfish that weighed 504.4 pounds on Aug. 21, 2022, but not before the fish busted their electric reel.

“We fought the fish for 2 1/2 hours and had to reel it in manually because the electric part broke,” he said.

The crew was fishing out of Morehead City when they hooked into the big swordfish. They weighed in at EJW Outdoors, whose scale shared a tale rarely told in North Carolina, where only a handful of 500+ pound swordfish have been weighed.

“It’s a heck of a fish, especially for North Carolina,” he said.

Share your outdoor story with our readers by submitting photos and info to images@carolinasportsman.com.

Layout boats are the perfect craft to kill your limit of sea ducks off North Carolina’s coast. […]