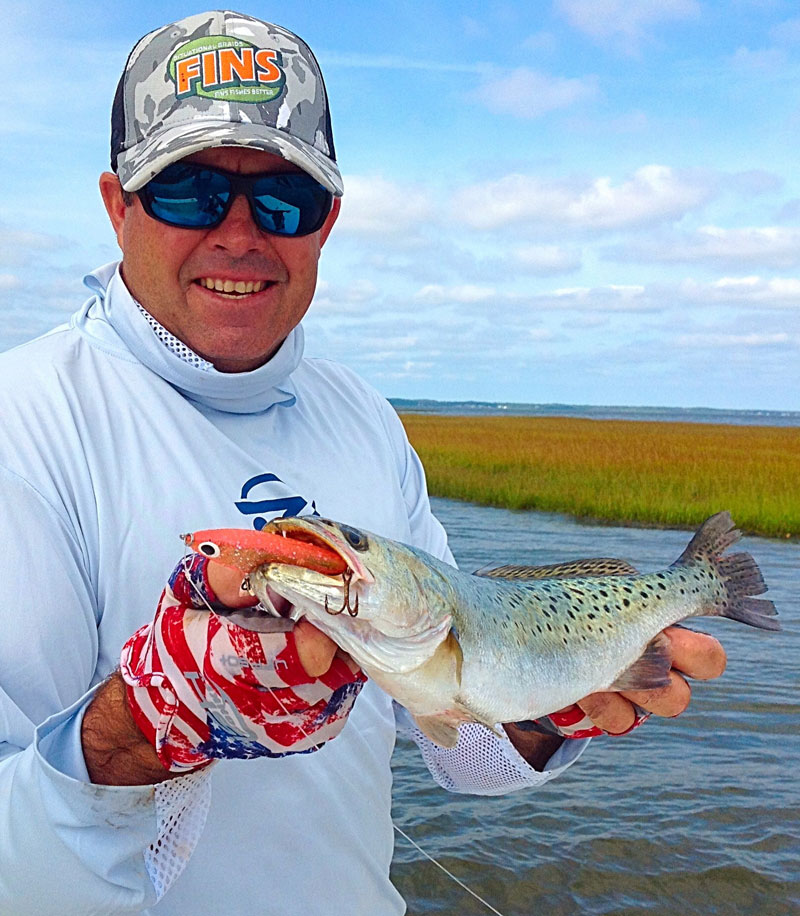 Spotted seatrout moved upstream in the Neuse River system during September and October, according to guide Ashley King of New Bern, N.C. — and they’ve never left.

After a mild summer and fall with few major rain events, high-salinity water has remained in the upper reaches of the river, and instead of moving back to the mouth of the river where it enters the Pamlico Sound, they’ve stayed put.

That, combined with a lack of cold-weather fish kills the past several years, should lead to a great December of fishing, King said.

“Trout are in places in the Neuse they usually don’t reach until late November and December,” said King, of Keep Casting Charters. “Everyone knows specks already are at the (railroad) trestle and the bridges.”

King opens his fishing trips by trolling MirrOlure Heavy Dine twitchbaits and XI Soft Dines near the bridge pilings and along river ledges after the water temperature drops to the mid-to-low 50s.

When he’s casting and cranking, he’ll fish the same lures for trout that have moved to the backs of feeder creeks, plus Z-Man and Little John grubs on jigheads.

“Winter trout relate more to ledges than structures,” King said, “and there’s more baitfish at the backs of creeks when it gets cold.”

“I position my boat so I can throw lures at the tops of ledges and work them down,” said King, who fishes Shimano Stradic 3000 reels spooled with 10-pound braid and short, 15-pound fluorocarbon leaders on 7-foot, medium-light TFO rods.

“Any color with gold is a good lure, along with baby bass color,” said King, who uses bright colors like pink and golden bream in clear water, plus one other lure, “one specialty lure I call a Need More. “It’s a dark-red, root beer color with a chartreuse tail.”

King prefers 1/8- to 3/16-ounce Z-Man Trout Eye jigheads or Blue Water Candy jigheads because of their slow fall. He’ll go to a 3/8-ounce jig in strong winds or currents.

Neuse River trout typically range from 16 to 20 inches in the winter. The daily creel for spotted seatrout is four fish at least 14 inches long.

“You’re also liable to hook up with a striper in December,” King said.

Watch for signs of heat stroke in bird dogs in December. […]