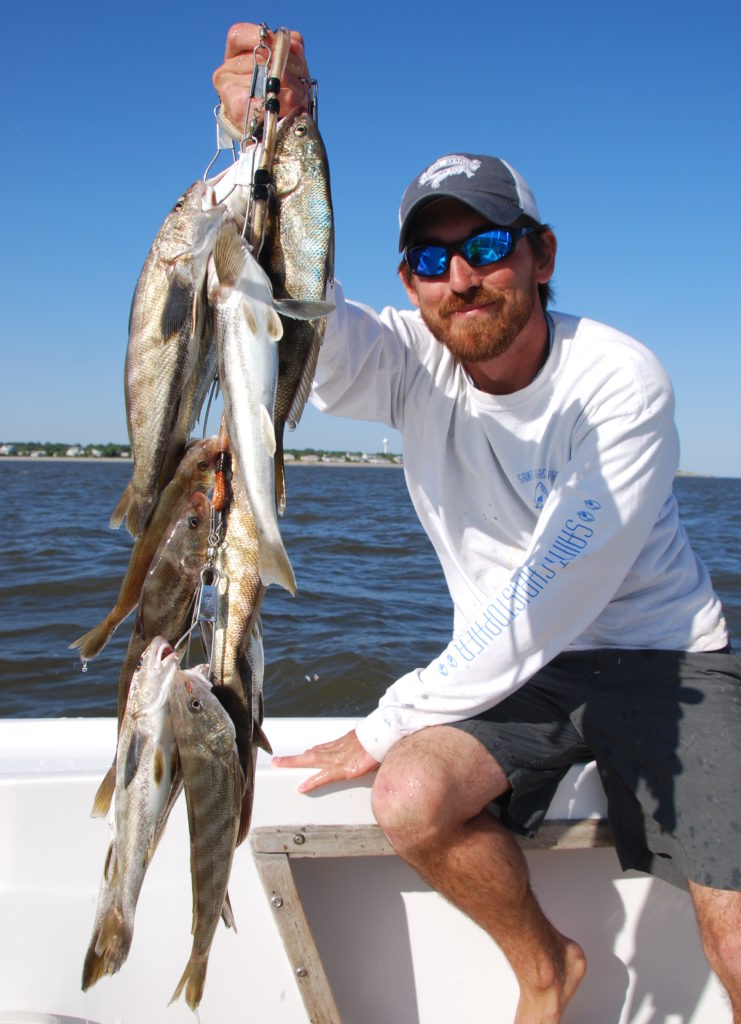 Spot, croaker limits equal a swing and a miss

The N.C. Division of Marine Fisheries took action Tuesday, March 30, intending to improve the dire situation with the inshore spot and Atlantic croaker fisheries in coastal waters, but when it comes to addressing the biggest problem these stocks are facing, the DMF swung and missed, said Bert Owens, chairman of the Coastal Conservation Association North Carolina.

The state reduced recreational bag limits for both fish to 50 fish per person, per day, effective April 15. It also closed both fisheries to commercial harvest; the spot from Dec. 10, 2021 through April 4, 2022 and the croaker from Dec. 15-31, 2021. Unfortunately, it did nothing to mitigate the real reason why North Carolina’s spot and Atlantic croaker are threatened with extirpation, Owens explained.

“We are certainly willing to do our part to reverse the declines in these important species. But these stocks will never recover unless the DMF takes positive action to reduce bycatch in our coastal waters,” said David Sneed, executive director, CCA NC. “It is time to move these trawlers out of the nursery areas of our Pamlico Sound.”

Spot population was robust until 2008

The spot was traditionally one of North Carolina’s most stable fish stocks, with most years averaging between four and eight million pounds harvested. There had been plenty of fish for both recreational and commercial anglers, but starting in 2008, the harvest nose-dived and has often been less than one million pounds in recent years, Sneed added. Meanwhile, the croaker harvest, which had peaked at nearly 15 million pounds in 2003, had fallen to slightly over one million by 2017, and has not recovered.

“The primary reason for this is not overfishing, but aggressive shrimp trawling in North Carolina waters,” Owens continued. Approximately 80 percent of the harvest taken by trawlers in coastal waters is not shrimp. Nearly all of this bycatch, much of which is juvenile finfish, is dumped back into the sea and doesn’t survive.

Roughly 170 million Atlantic croaker and 90 million spot are thought to have been discarded by trawlers every year between 2010 and 2019. Annual discards from recreational and commercial anglers have been less than five percent of those numbers.

“The Atlantic States Marine Fisheries Commission has recognized that the majority of annual fishery removals of spot and croaker were discards in the South Atlantic shrimp trawl fisheries yet our state fisheries managers refuse to address this impact on our state fish stocks,” said Sneed. “Unfortunately, this is more of the same. Reducing bag limits on anglers may look good for appearance’s sake, but it’s just one more example of a failure to tackle the true problem, which is bycatch by shrimpers using methods long ago banned in every other southeastern state.”

Late spring is great time to invade the shallows of almost any local lake, river or pond and tangle with some tasty, eating-size catfish. […]

Live bait may be the “go-to” tactic for many bream fishermen, but anglers armed with artificial lures think the advantage is theirs for catching more and bigger bream. […]