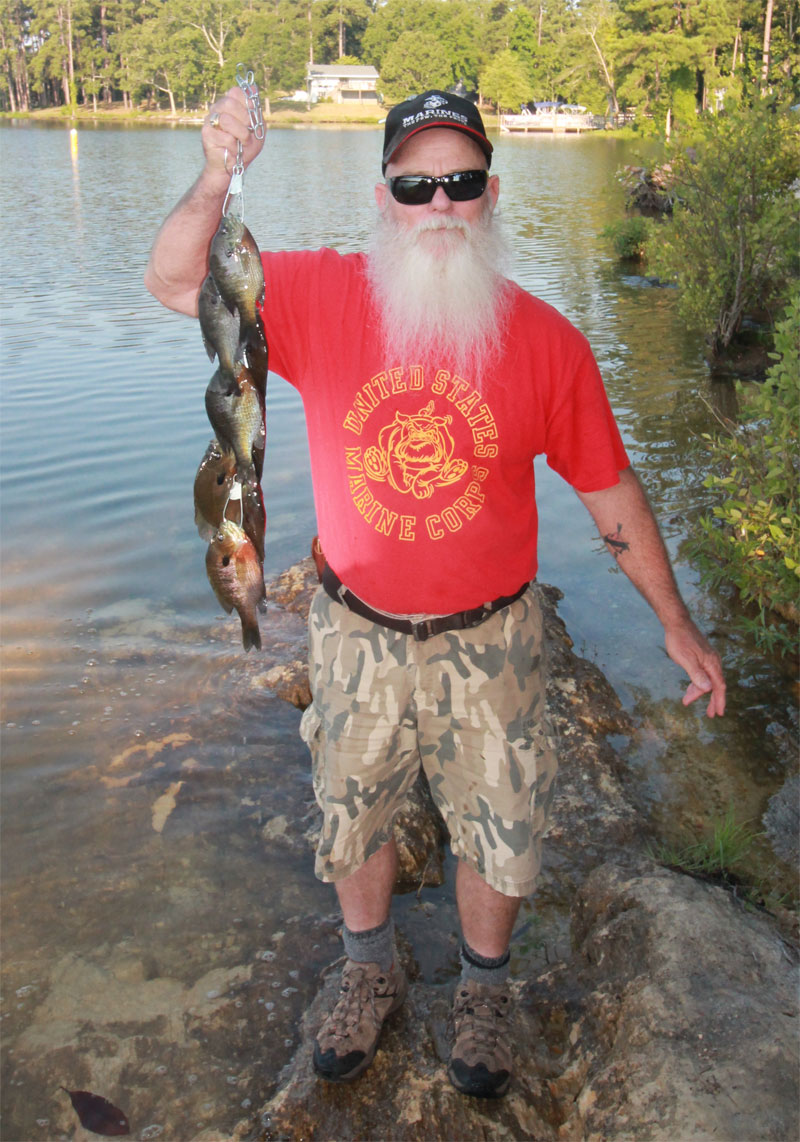 When it comes to bream fishing on Lake Murray, Billy Burnes of Lexington knows his bluegills.

As spring turns into summer and the water warms, shellcrackers go on the bed in the shallows along the banks. But by June they have moved off and the bluegills take over, Burnes said.

“June will be a very good month for bluegills,” he said.

After targeting Murray’s bream for more than 20 years, Burnes does not have to hunt for bedding areas. Experience tells him where they are and the fish use those same areas each year, he said.

“Most people will look for the beds. But I just go and fish those areas,” he said. “You don’t necessarily see them (bluegills) like with shellcrackers. So I just throw out in those spots.”

Earlier in the spring when he is targeting shellcrackers, he fishes with worms. But by the time the bluegills take over he switches to crickets.

“I fish with an ultralight rod and reel, using a No. 4 hook and a small piece of lead – a split shot – to give it enough weight to cast it or to hold the cork steady up if you use a cork,” Burnes said, noting that he frequently fishes without a cork. “If you know where the beds and the fish are located, it does not scare them like it does sometimes when the cork hits the water.”

This time of year, he said, he likes to fish from about 7 to 9 a.m. and then sometimes in the afternoon a couple of hours before dark. He does not care to fish in the middle of the day.

“You can still catch them then, but I don’t like dealing with the sun and the heat,” he said.

Besides, he noted, there is no use dealing with the discomfort of summer heat when the bluegill fishing is so good early and late.

“On a good morning you can usually catch a 30-fish limit each. During May and June it’s not hard to limit out every morning with fish from half a pound to a pound in size.”

Jeffrey Stewart with this big doe on opening morning in Lancaster County, S.C. […]

Charmin Stroud of Branchville, S.C. killed a 13-point buck in Orangeburg County on Sept. 14, 2022 during an early morning hunt. […]