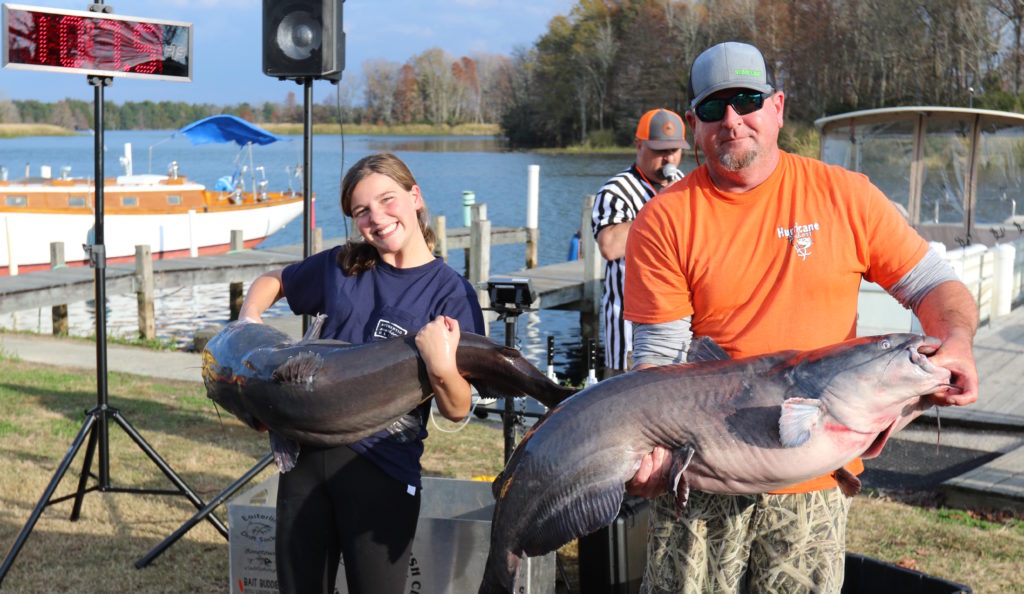 They started Day 2 in fourth place, having weighed a two-fish limit that went 76.18 pounds on Day 1. Jason Wolfe, who runs Wolfe’s Guide Service, had a good feeling going into Day 2. And it was 12-year-old Paisley June who fought and reeled in all of the fish. Their second-day bag weighed a whopping 107.5 pounds.

“I was just driving the boat and serving as net man,” Wolfe said.

One of Paisley’s fish from Day 2 weighed 58.45 pounds, which added the Big Fish honor to their winnings.

“We caught everything on cut bait from Jamie K Outdoors. We were using Drifting Stix and Big Cat Fever rods. Dad found the fish and luckily we were able to get the right ones in the boat,” she said. “It was a lot of fun and I hope to fish in more tournaments in the future.”

The father-daughter team won a total of $8825. They netted $7425 for taking first place in the event. And they tacked on another $1400 for winning Big Fish.

Team Catastrophic Failures took second place with a total weight of 149.67 pounds. They had a strong showing on Day 2 with 92.28 pounds after catching 57.39 on Day 1. Team Reel Down finished third with 146.62 pounds.

Team Drop Off took fifth place with a total weight of 141.70.

See below for full results of the event, which payed back 100% of entry fees. 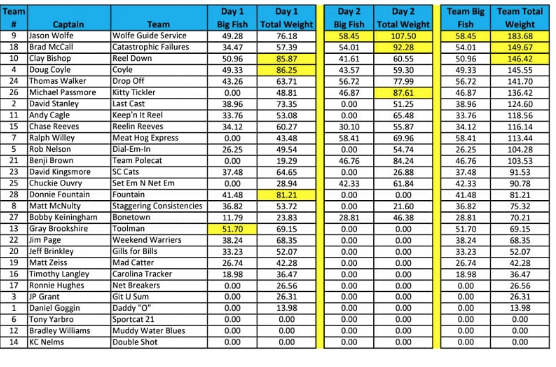 Drifting is a great way to catch Lake Moultrie’s blue catfish, including some big ones, in November. […]

November is one of the best months for catching big, trophy catfish and slab crappie on the Santee Cooper lakes. […]