November is a time when a lot of bass fishermen put away their tackle and climb into deer stands.

But I also know that November has been one of my best bass-fishing months, because fish are shallow, fish are hungry and fish are biting crankbaits.

In the Carolinas, what bass are doing in November depends a lot on the weather. It’s a sure thing that they’re going to be in shallow water, but they’ll also be relating to deep water. They’ll get on riprap, short points and places where there’s a lot of current.

In that regard, November fishes a lot like late February and March. You can be casting into super-shallow water, but you need to have some deeper water underneath your boat. Bass are going to be close to deep water, so if we get some really cold weather, they can move into that deeper water without having to move too far 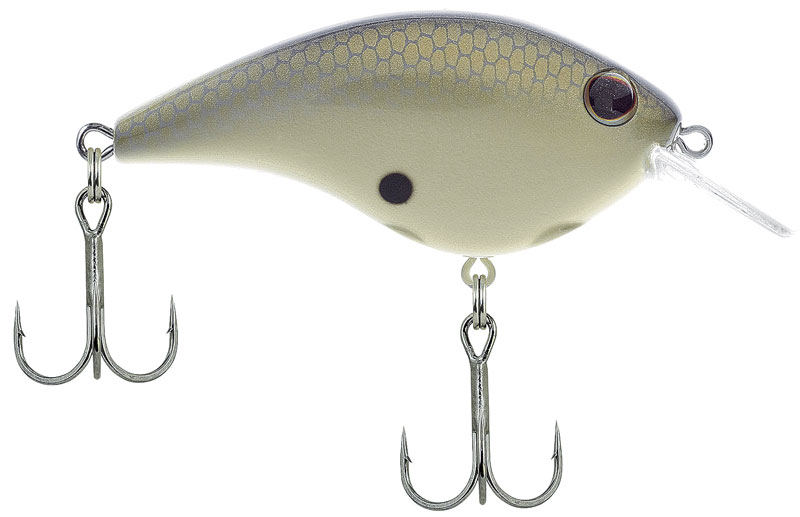 You can count on fish to be on brush and rocks if the weather is relatively warm. But if it’s cold, they’re going to be around rocks, where that little bit of warmer water is going to be found.

Because of those two cover types, November is a great month to fish a crankbait more than anything else in your tackle box. And when the weather starts to cool, a flat-sided crankbait like a Berkley Frittside 5 or 7 really comes into play. You get the water temperature down in the 50s, and a flat-sided bait is the way to go. It just has the kind of action that fish like in colder water.

So because bass are still concentrating on shad in November, I want to be using shad colors like honey shad, gray ghost, Kentucky blue. The lone exception is the lone ranger color, which is a faded chartreuse with a silver back.

Shad colors are a pretty big deal in November, because most of your shad are still going to be up in the creeks, and the bass are going to be on them.

When it gets real cold, on into December or January, some of those shad are going to migrate back out of the creeks. But some will stay back there. I think some overwinter there. If you go up north and fish places like the Hudson River and some of those lakes, the creeks will be stacked full of fish and bait, and they’ll winter in the creeks because the water is warmer back there. That’s hard to believe, but most of those places are iced over in the winter, and the warmest water is the runoff coming into the creeks.

The kind of place I’m really looking for is a place where a creek might narrow down, like under the low-water bridge in the back of Nutbush Creek at Buggs Island. That’s the kind of place that will consistently hold fish in November. I think about Table Rock Lake in Missouri. In November, fish get on bluff rocks real good, because they can move up and down easily. Find places in the Carolinas like that, and you’re going to find fish.

I’m going to be fishing a Frittside 5 or 7 on a 7-foot Lew’s David Fritts Perfect Crankbait Rod — a 6-foot-8 rod if you’re casting more at targets. I’ll have a Lew’s BB1 reel with a fairly slow retrieve rate spooled with mono like 10-pound Sensation. Because a Frittside comes with a split ring attached to the line tie, I’m going to use a Uni Knot to tie it on.

You are going to want to fish the bait with an erratic retrieve, stop-and-go, and if the water is fairly cool, you’re going to want to slow your retrieve a little. One thing I always liked to do with a bait like this is to make a cast, crank it down a ways, then bring it back by sweeping my rod tip to the side, then taking up the slack, so the bait moves a few feet, then stops and suspends. A bass just can’t stand that.

You will sometimes find bass ganged up in November pretty good. You might fish several hundred-yard stretches and not catch anything. Then you’ll catch a limit in a hundred yards when you find the right place. It’s a lot of trial and effort.

Now, there are some lakes that aren’t going to be that good when the water really cools down. My home lake, High Rock, is one of them. I think the water may just have a little too much color. But other lakes, like Norman and Buggs Island, they’re just fine in late November and early December when the water temperature drops into the mid- and low-50s.

With any kind of luck this year, you can fill a few deer tags early enough to take advantage of some of the great fishing that November has to offer in the Carolinas.

Sheepshead anglers have it made in the shade

Stay cool in the shade while catching summer sheepshead with these tips from a Carolina fishing guide. […]

Carry plastic — your plastic boat this is — on your summer vacation

No matter where you’re heading for vacation this summer, make sure to take your plastic boat along with you. […]

Weston Williams caught this 6-pound, 11-ounce bass while fishing in Jordan Lake on June 20, 2022. The fish was safely released. […]

About David Fritts 116 Articles
David Fritts is a 61-year-old pro bass fisherman from Lexington, N.C. He won the 1993 Bassmasters Classic champion and the 1997 FLW Tour Championship, and he was the 1994 BASS Angler of the Year. He is sponsored by Ranger boats, Evinrude outboards, Lew’s, Minnkota,and Berkley.