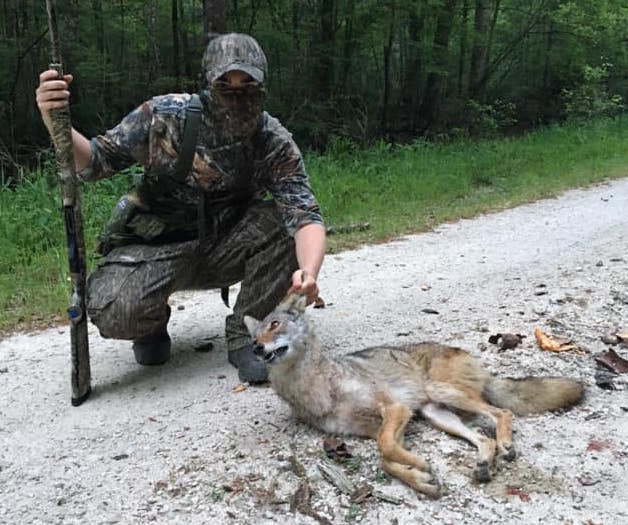 William Pace Jr. of Moncks Corner, SC was turkey hunting on April 18 when he called a gobbler almost within shooting range. The gobbler left with a hen, but Pace stuck around to see if the bird would come back.

After making a few calls, hoping to entice the turkey back within range, a coyote showed up. at that point, Pace changed to predator mode, killing the coyote. Not long after, he realized exactly what the coyote was up to.

“After walking towards the truck, a hen and 12 babies were sitting on the side of the road. I guess we saved all of them this morning,” said Pace.

A Savannah River angler who went missing on April 27 fell out of his boat and drowned. SCDNR found his body the next day. […]

Thermal imaging optics play a key role in night hunting for coyotes. This video shows what it’s like use these optics at night. […]