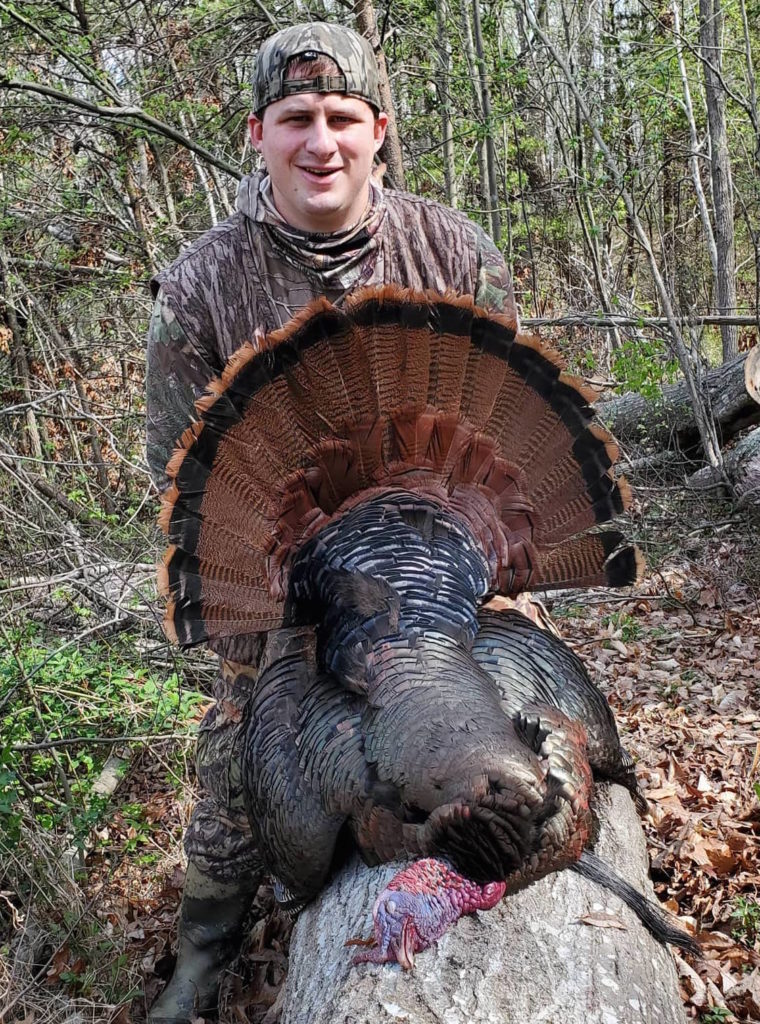 Andrew Kibler of Winston-Salem, N.C. killed his biggest turkey so far on the opening day of North Carolina’s 2021 turkey hunting season. A true trophy, the 25-pound bird sported an 11-inch beard and had 1 1/8-inch spurs.

Kibler is most enthused that he was able to share the moment with his dad, Dan Kibler, editor of Carolina Sportsman Magazine. After the hunt, a three-generation photo with the young Kibler’s son Allen made the hunt even more special.