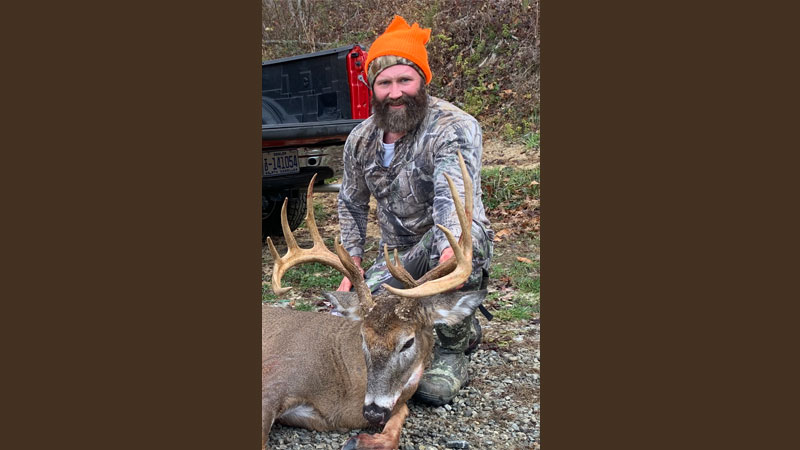 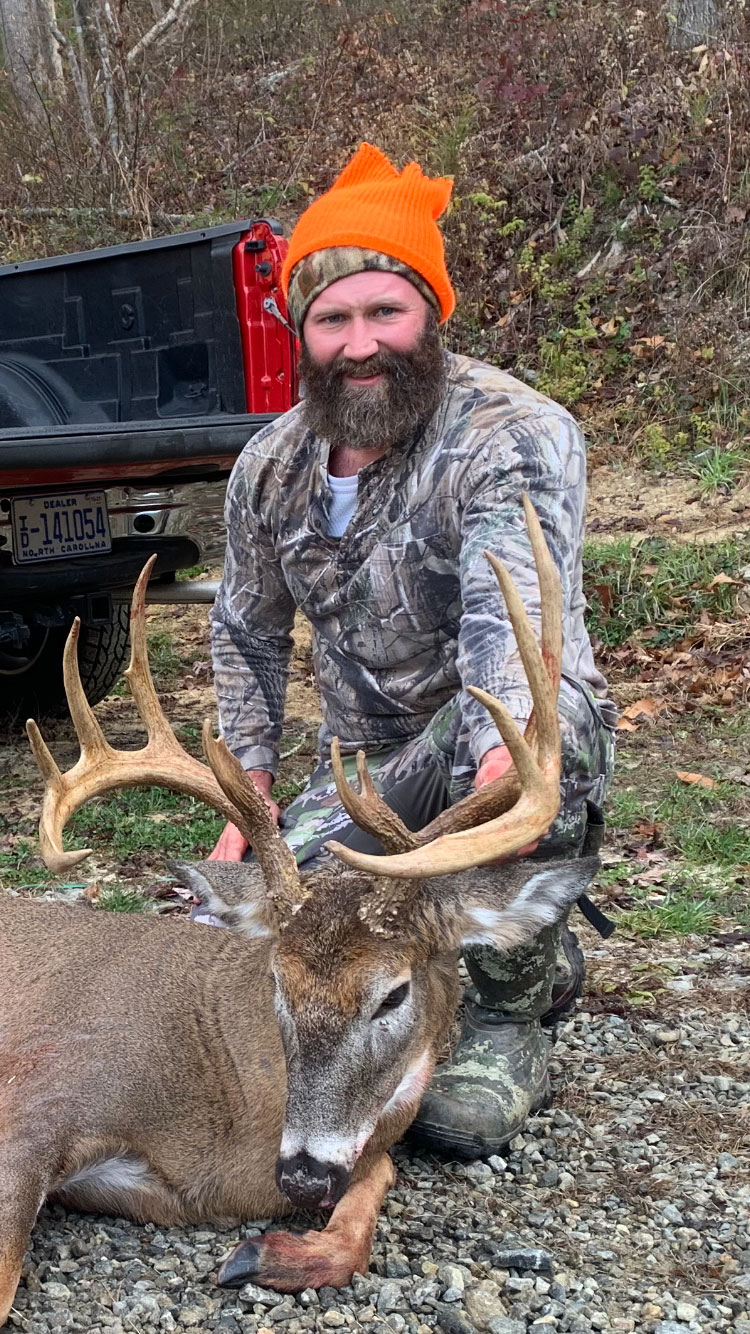 GHOST down in North Carolina!!!!!

Hello and thank you for taking the time to read one of many memorable stories. I have traveled hunting the mid west and seen a lot of big deer. I have been very fortunate over the years taking several very nice deer. Many who know me say I could sit on top of “Wally World” and shoot a monster in the parking lot. I shrug it off and laugh. Many stories with a lot of luck and great memories brings me to the 2020 season. After traveling several states chasing the rut with no luck and my truck breaking down leaving me stranded hunting out of a rental in Ohio, I came home with a few tag sandwiches, no deer, a couple thousand dollars less in my pocket, and no idea what the future had in store for me right here in the mountains of western NC. Two days prior to finding out my wife and I are having a baby girl to share the outdoors with, (which I can’t wait for and I hope she has better luck than her momma!!!!) the deer known as “Ghost” made his very first and last mistake as daylight broke. This was my first morning sit in my summit climber I had left on the tee since my last hunt in 2019 when I took a huge body warrior of a buck. The steep climb up to my stand assured me it would be safe until I returned. This small track of land has been home to the Ghost since at least the first pictures were had in 2018. Never really getting a clear picture of the deer, the suspense and eagerness too lay eyes on him overwhelmed me each time i had the chance to get in the woods. As 2020 approached, an early velvet picture was all we had for sure of him. I thought for sure if he had been taken the word would get around quickly so I kept my fingers crossed. Just before legal shooting light when the woods are starting to waken and crack, what looked like a large body with nose to ground walked about 40 yards below me and never stopped. With the TC venture in hand I was ready for anything. Having toted the bow around all season, I had high hopes not that I could reach out and touch something. It was Nov. 24 and I had to be at work at 9am. Some does started making there way towards me very cautious about 7:45. As they grazed about 45 yards away, a young buck came in grunting and pushing them around the ridge away from me. I sat and watched with anticipation listening to the leaves thrashing and buck grunts as my heart started racing. Below and behind me about 100-120 yards I thought I heard something. I stand up and get the gun ready just incase. As I search for movement I catch a glimpse of his whole left side and in the instant, there was no doubt I had to pull it together and quickly! I could believe my eyes! It was him….. the Ghost, and he was all that I imagined and more! As he came out of the pines with another buck, he stood postured up and looking for the hot doe that was causing all the commotion. This gave me just enough time to get my scope full of him as I leaned around the tree to get a clear shot. As the crosshairs stopped behind his shoulder, I did the best I could to squeeze and not jerk the trigger. As the morning silence was rocked by the gun fire, I lifted my head away from the gun as my stomach dropped and emotions flew over me. My eyes try to re-focus down the ridge as i see deer going several directions. I see him go about 25 yards and pile up! I grab the tree in shock as I try to get my composure and thank the good lord above. My phone instantly rings as my good buddy I was hunting with ask “well…. what did you shoot?” Neither of us could believe the monarch he truly was until we got our hands on him. This was the day I harvested the biggest deer to date I have ever taken(and they said I would never kill one bigger than my first deer which was 158”) Who would have ever thought almost 170 inches hit the ground in Buncombe county NC!!!!!

2022 deer hunting season: when does it start?