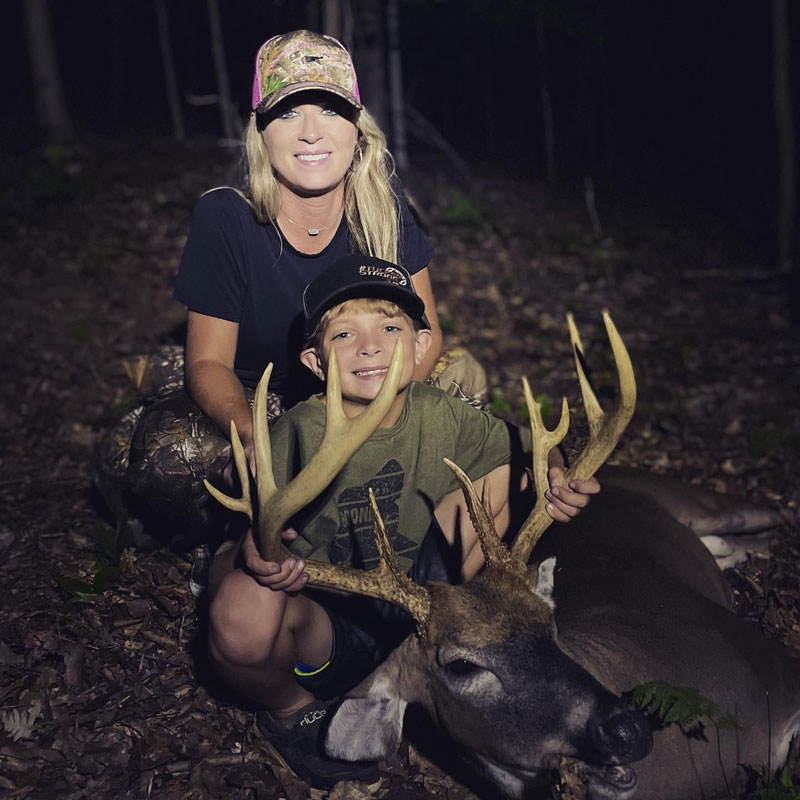 2021 deer season is shaping up to be a very proud one for father and grandfather Terry Chaney. On September 16 his grandson Tanner Tucker took his biggest deer to date at only age 8. Hunting with his mom Claire using a ten point crossbow Tanner took a 13 point buck scoring 147 inch. The deer had been on camera the year before and made a 30 inch jump this year. The deer came in to feed on the Wright deer mineral his papa uses religiously. Two months later to the day Tanner was sitting with his mom Claire in a box blind over a food plot with a feeder located in the center with once again Wright deer minerals. Claire had hunted a big 10 pointer earlier in archery season actually seeing him opening day without a shot opportunity. She hunted him several times after that but the wind was never in her favor. The deer disappeared during October and she worried he’d been killed on a surrounding farm. Around November 6th the deer started showing up again only at night but November 11th he was on camera during shooting hours. Claire and son Tanner hunted him 4 out of the next 5 evenings and on November 16th was finally rewarded. They spotted the big buck coming out early and after working a scrape began walking her way in pursuit of a doe feeding close to the blind. Claire shot him with a .243 and got both lungs. The deer expired after a 30 yard dash. Her deer grossed 152 and was her second over 140 in back to back seasons. 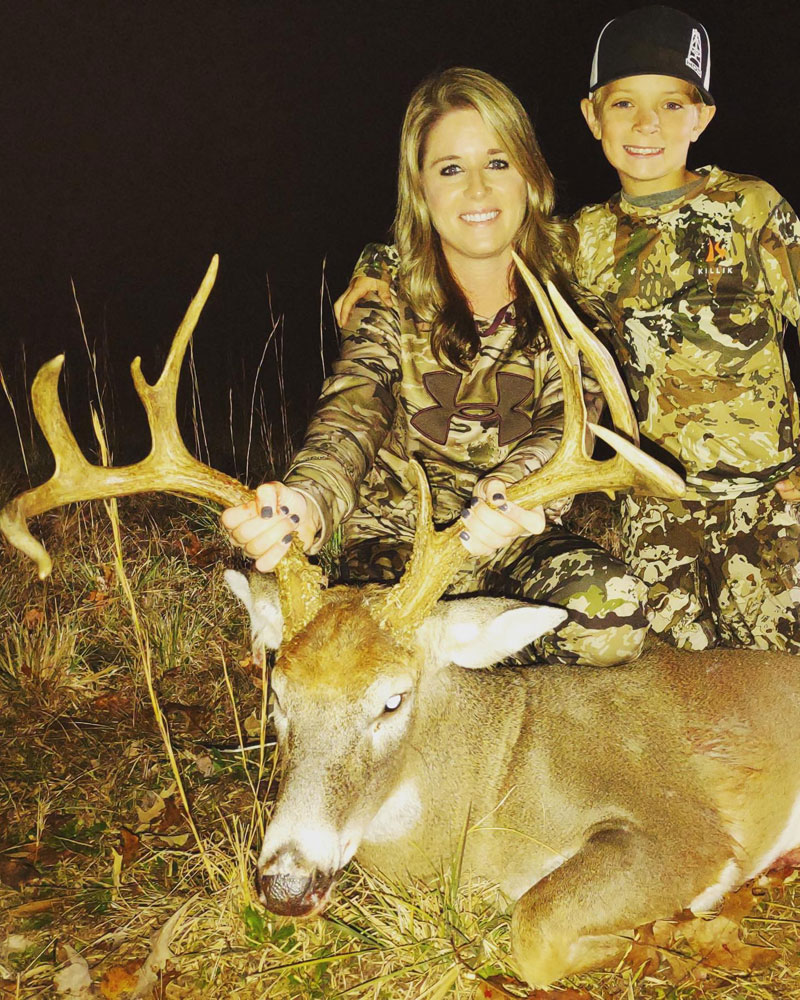 November is time to cover lots of water

Bass fishing in November means finding baitfish in creeks with the right water depths and flow. These tips will help. […]

Jerry Dilsaver Columns, Cooking on the Wild Side, Mackerel

Anchor down for chilly water blues

Anchoring down is one of the best ways to catch catfish in chilly weather. […]