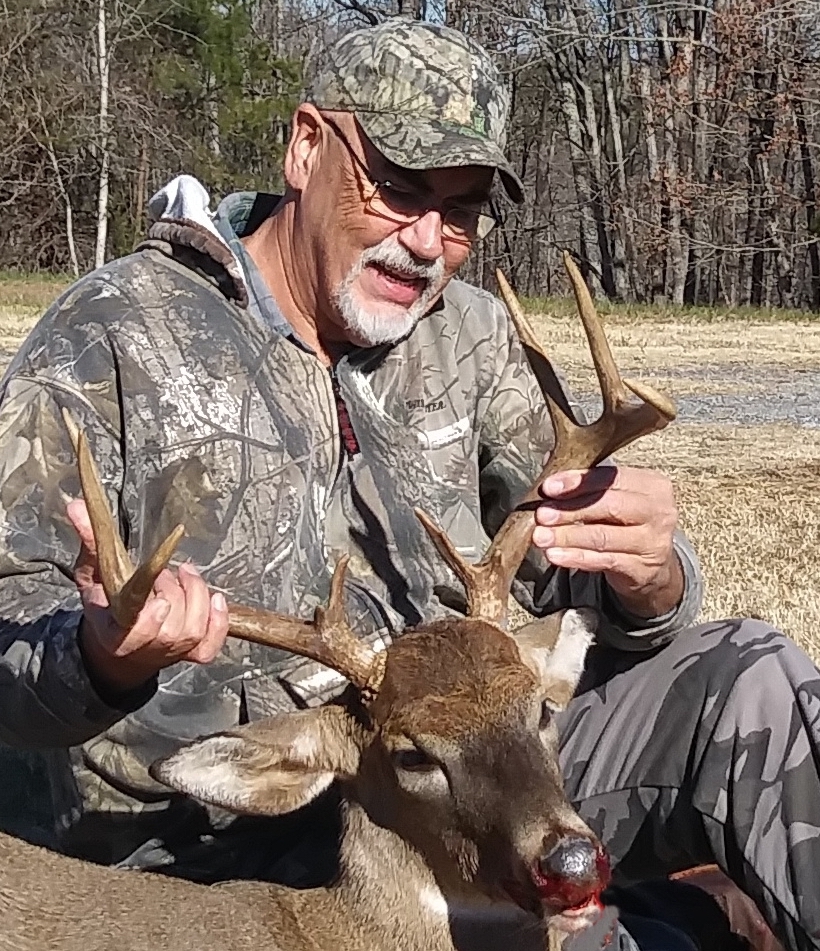 David Byers Dec. 13, 2021 Rutherfordton, Rutherford County, NC 2021 had been a slow season for me. A season of “almosts.” Archery season was one “almost” after another. Deer coming in after shooting light or coming thru before it was light enough to see my sights. Getting busted for no apparent reason. Deer hanging out just out of bow-range.

At least I hadn’t made a bad shot or missed entirely. I had not even taken a shot on a deer. Period. The first season in several years that I haven’t taken a deer during archery season. The acorn crop in my corner of Rutherford County was nonexistent this year. Mature bucks were just not showing up on my trail cameras.

One exception was a wide racked buck that I came to call “Wide Load.” He had been showing up pretty regularly on my cameras since mid to late May when his antlers were beginning to develop to the point that he was showing double split brow tines.

Then the 1st week in September, just a few days before archery season opened he disappeared. No pix and no sighting at all, nothing. I had to think that maybe a neighboring hunter had taken him. Thru muzzle loader season and the first few weeks of gun season I got to see some pretty awesome rut activity during which I had a couple of encounters with shooter bucks that just didn’t work out. They never offered me a clear shot.

The morning of December 13 dawned cold and clear with a heavy frost. I had planned to hunt a stand that overlooks a power-line here on my 30 acre property, two of those shooter buck encounters had taken place there. About nine o’clock four does showed and hung out for awhile. Around 10 o’clock I toyed with the idea of calling it a morning. Something told me to just stay put a little while longer.

About ten minutes later I looked up the powerline and a buck was standing there at about 50 yards. I really couldn’t make out detail on his rack due to the angle. The way my season had been going I was ready to close the deal on any acceptable buck. I dropped the cross-hairs of the .270 behind his shoulder and he dropped in his tracks. Not until I got to him did it enter my mind that I had just killed “Wide Load.” What an awesome way to end my season!