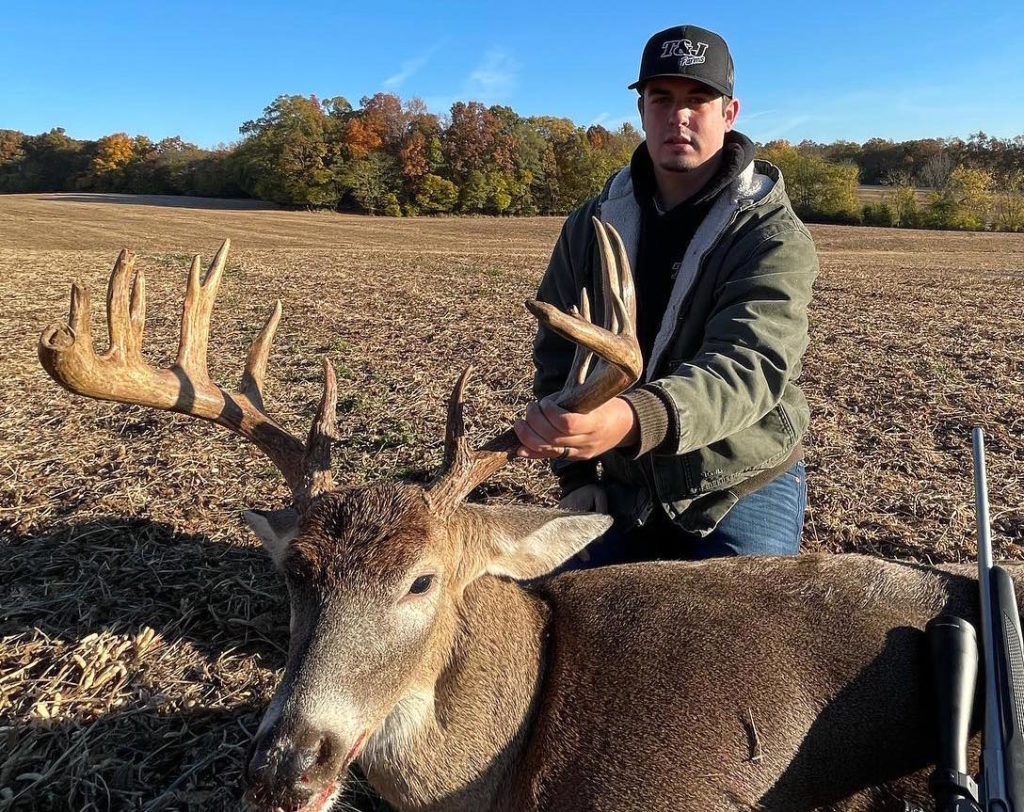 It was a deer that James was very familiar with, having passed on chances to shoot it numerous times in years past.

“I’ve had this deer on camera for 2 years. And I had the opportunity to shoot him. But I let him walk last year. I saw the deer one time during this year’s bow season,” James said.

He was hunting from a condo stand when he shot the buck at 40 yards with a Tikka T3x Lite .25-06. The deer walked about 50 yards before falling over.

“I named this deer Sweet Sixteen because of the points. Last year when I let him walk, he still would have been my biggest deer. But he had so many stickers on him I knew if he made it another year, he would be very impressive,” James said.

The plan worked. James credits his neighboring land owners who also enjoy seeing deer grow to their full potential, as well as the deer’s good genetics.

He spotted the 16-point buck that morning when it was chasing a doe.

“The deer was chasing a doe that morning and came out in the woods. I knew which deer it was immediately,” he said.

The hunter knew just the trick to lure the deer into shooting range.

“I hit the grunt call once and he went back in the woods and came back out about a minute later, 100 yards away,” he said. “I continued to do a series of grunts and he ran all the way, just about to the stand.”

James hit the grunt call once more, which caused the buck to stop. Then he pulled the trigger.

“He didn’t take off. He just slowly walked away and then fell over about 50 yards later,” he said.

After loading the deer up, his next stop was Evan’s Processing in Pageland, S.C. Aaron Hill of Wadesboro, N.C. will be doing the taxidermy.

Congratulations to James, who is now entered in our Bag-A-Buck contest. Click here to enter your buck in the Carolina Sportsman Bag-A-Buck contest. We’re giving away some great monthly prizes, as well as a Grand Prize that includes a Millennium M25 hang-on deer stand and a 2-man, 2-day hunt for deer and hogs at Cherokee Run Hunting Lodge in Chesterfield, S.C.