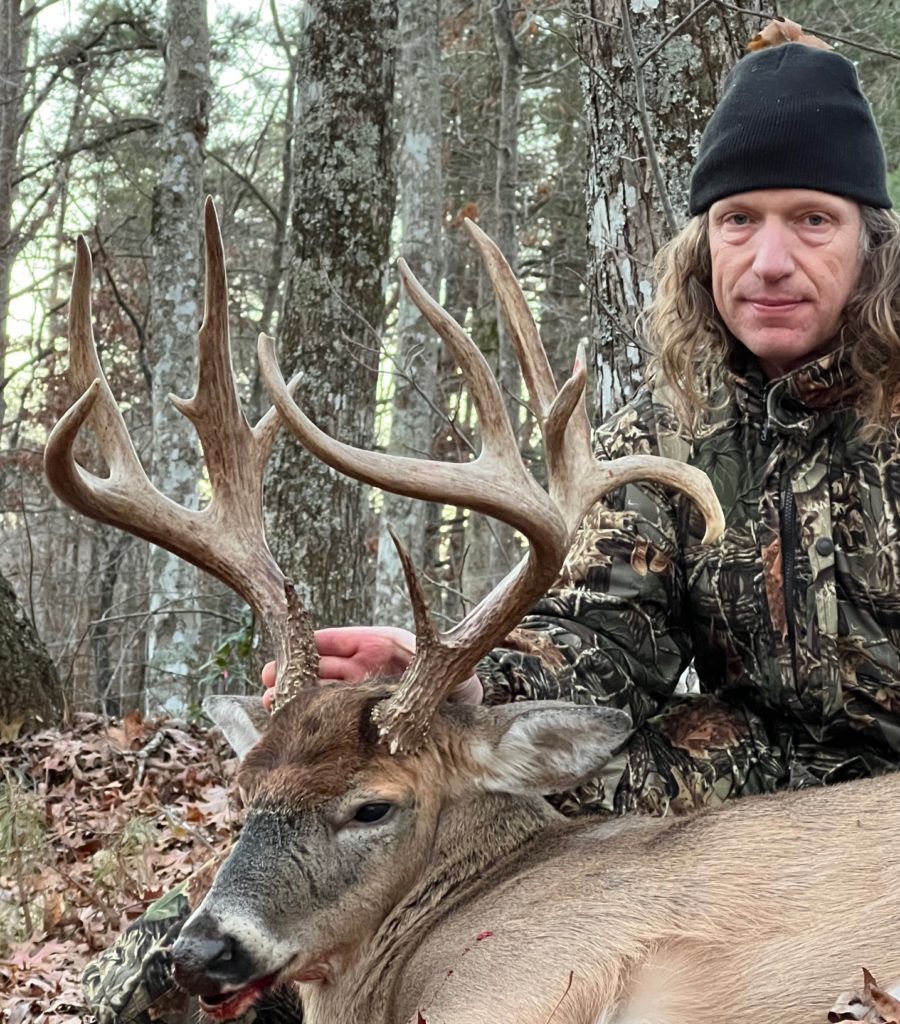 Jimmy Beasley was hunting in Stokes County, N.C. on Dec. 23 when he killed a big 13-point buck. Beasley had a bit of a history with this buck, so much so that he’d named the deer Old Stewart.

He estimated the deer to be 7 1/2-years-old. He first began capturing trail cam photos of the deer four seasons ago. And he quickly learned the buck was a heavy traveler.

“A friend of mine got one pic of the buck walking through a field a month before that in Stuart, Va., 18 miles away,” he said. “That was unbelievable enough.”

From that first sighting until last week, Beasley’s trail cameras recorded hundreds of photos of the deer each year. And he’d also laid his own eyes on it a number of times.

“I had seen the deer live probably at least 15 times, mainly toward the end of August and beginning of September each year. He would leave for a few weeks during rut. But he always came back,” he said.

Beasley shot the 13-point buck from 20 yards away

During the 2020 season, Beasley heard rumors of the deer — or at least of one trophy deer — being hit and killed by a car. But Old Stewart showed back up just after midnight on the last day of that season.

As the 2021 season neared, Beasley decided he would shoot the buck this year if given the chance.

“Even though his rack probably would have scored higher a couple of years ago, I decided this year would probably be a good year to take the buck if I got lucky. By this time, so many people were after him,” he said.

The week before Beasley shot the buck, the hunter began getting trail cam photos of him just after dark and just before sunrise. He hunted hard for 5 straight days. And on the morning of Dec. 23, the buck showed up right around 7 a.m., offering an easy 20-yard shot.

Beasley was ready, and pulled the trigger on his Ruger Scout .308. As the deer fell lifeless, the gravity of the situation overcame the hunter.

“After I took the deer down, I sat in the stand for about 45 minutes in silence. I did not realize how much of an attachment I had with our old friend Stewart,” he said.