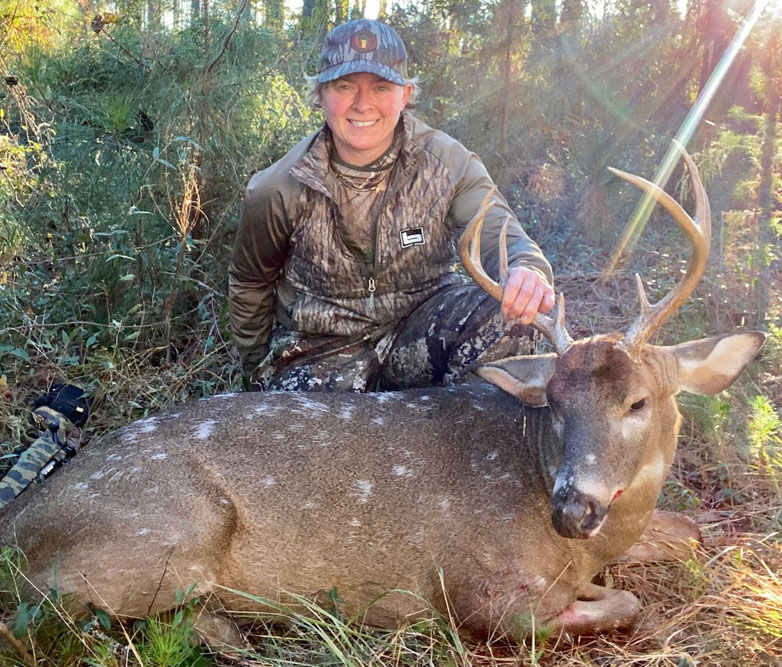 My name is Lucy Mahon and I am a resident of Camden, South Carolina. This 8-Pt deer was taken on Wednesday, November 17, 2021. I first got a nighttime picture of him on camera on November 11… But I was not sure if he was spotted or just had mange or something?!? I could tell something was different about his coat though for sure!
When he showed up at the corn pile (different spot from where the night time pic was) in daylight hours, I made up my mind I was going to sit there every morning until he showed up again. I hunted before work three days in a row and almost didn’t go on Wednesday morning because it was starting to warm up a bit. I’m sure glad I went because he walked out at 6:45. And I shot him at 6:55.
He weighed 178 lbs and had an inside spread of 12.25 inches. I still haven’t heard of anyone else ever saying they’ve seen a spotted deer like him before so I thought it might be pretty unique/special. Especially to have such a big rack! I have reached out to a few DNR Biolgist but haven’t really heard back from anyone as to just how rare this (piebal) variation is. Maybe y’all can help me figure that out.
Anyhow…I was supper stoked and humbled to be given the opportunity to take such a special creature. I knew I had to do something special with him, so I’m getting a 1/2 to 2/3 body mount of him jumping over a fence. I have no idea where I will put the mount but I’ll figure it out!!!!
Thanks for your interest and call me if you have more questions!
Lucy Mahon 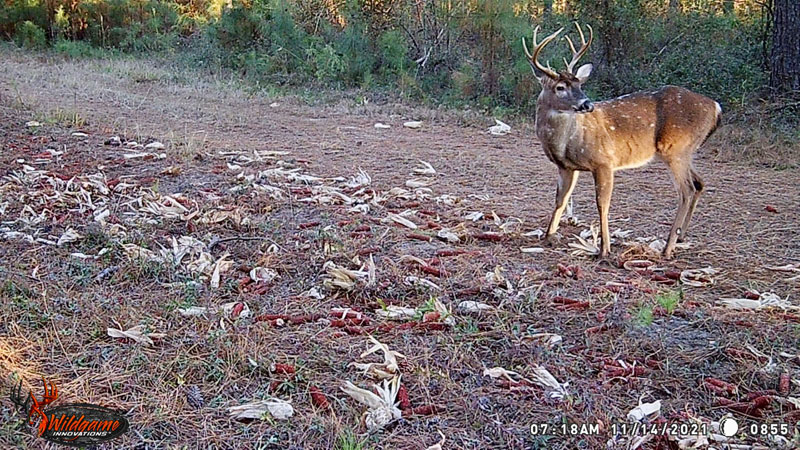 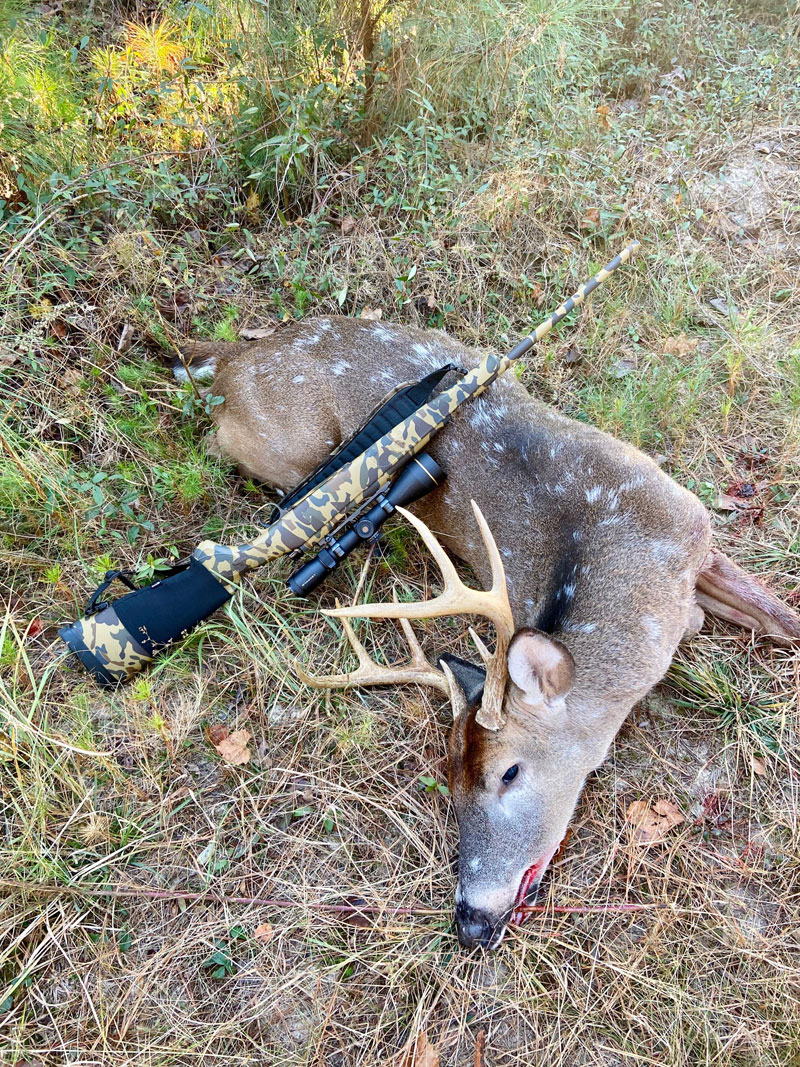 This Piebald/Calico Buck was shot in Wayne County by Jacob Harrison. […]