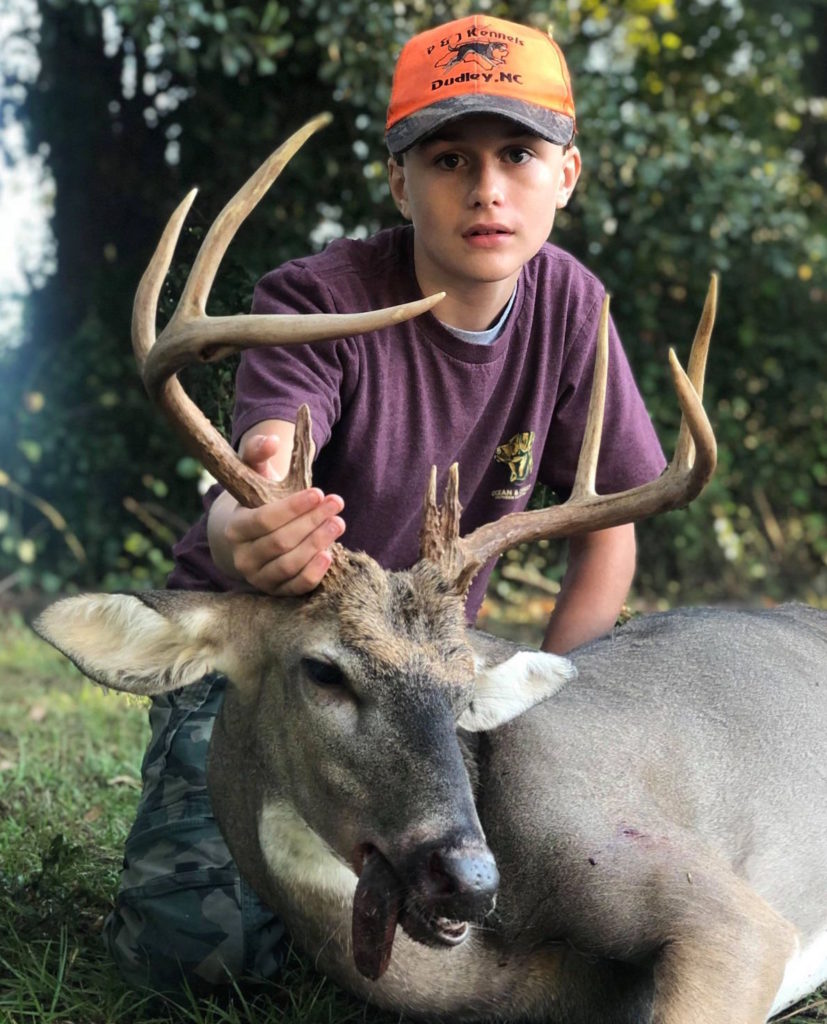 Jackson Faulk, 14-years-old of Dudley, N.C., was hunting with his dad in on Sept. 25 when the youngster killed  a 10-point buck. The buck, nicknamed Shocker, was a regular on the Faulk’s trail cameras leading up to Youth Day.

“It was hard to wake my son up this morning until Shocker started clicking off on the camera. We got to the spot about 6:15 a.m., and started easing down the wood line. As we got closer to the stand, a small buck was standing 20 yards from us,” said Jackson’s dad, Phillip Faulk.

The elder Faulk told his son the small buck would run all the bigger deer off if it runs and blows. The two eased by the young deer, which allowed them to pass without incident.

“We got to the stand and can see two bigger bucks about 200 yards from us. I told Jackson to pick one out, and he fired. He missed!,” said Faulk.

The young hunter thought he’d hit the buck, but his dad took the rifle from him, reloaded it, and handed the gun back. By now, the two deer were easing away, looking around in wonder at what the sound of the rifle shot was.

“They got to around 250 yards and Jackson said ‘I’m on him.’ I told him to take his time and pull slow. That time, I heard the bullet SMACK. The deer buckled, then ran 50 or 60 yards and crashed. I was a Happy Daddy at that sound because I wasn’t sure he could pull that shot off. Everything he had shot previously had been from 80 to 150 yards,” he said.