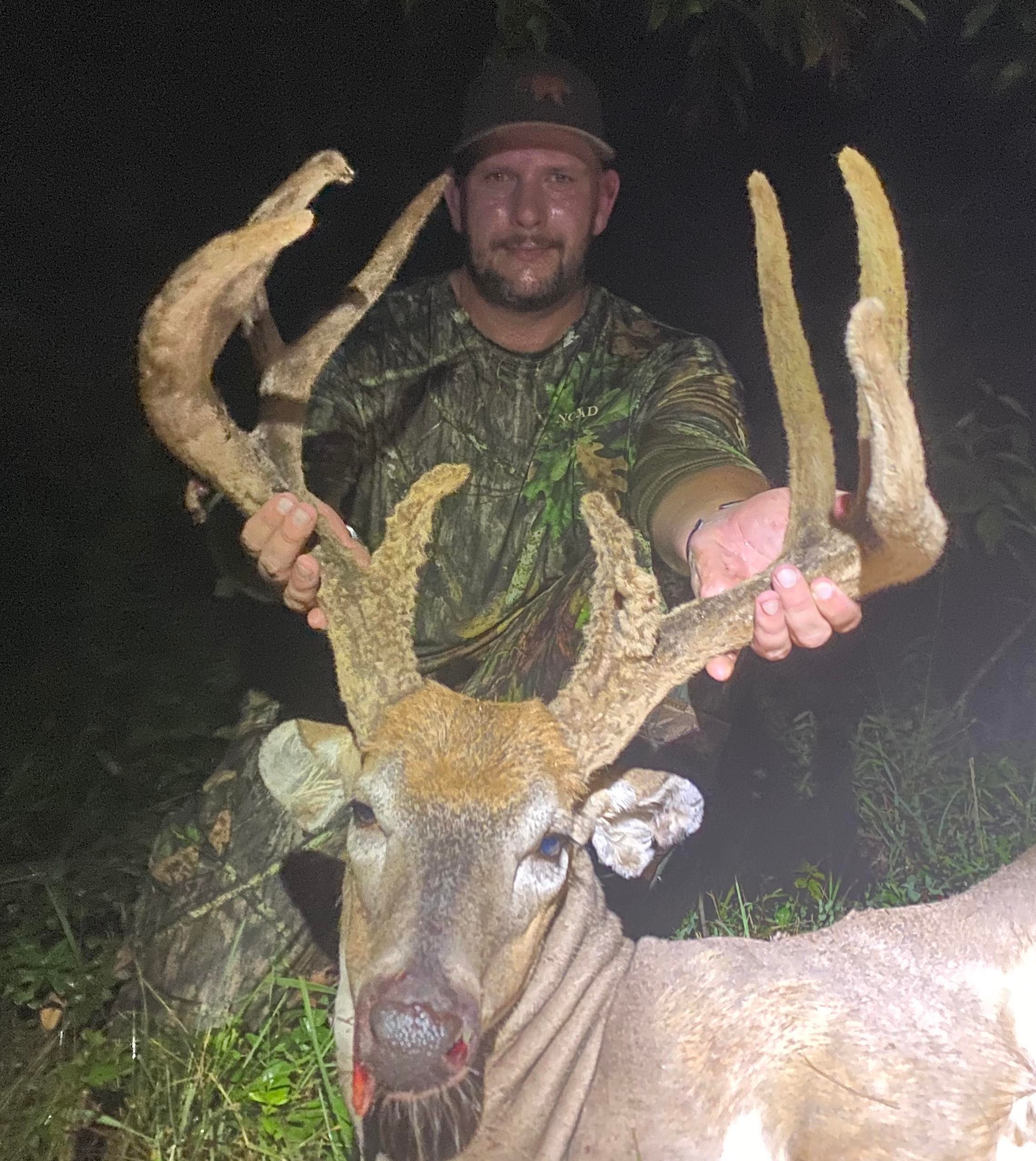 Garrett Collins of Ruffin, N.C. killed a Rockingham County beast of a buck on Sept. 11, 2022 during an evening hunt. The 11-point buck had a gnarly set of velvet antlers and was Collins’ No. 1 target buck.

“I had been patterning this deer for weeks. He was No. 1 on my target list for this season,” he said.

His trail cameras had captured numerous photos of the buck leading up to the hunt.

Collins shot the buck with a Parker Terminator Crossbow from 7 yards away while in a box blind facing the edge of a soybean field. He first spotted the deer about 300 yards away with a group of other deer.

“I watched him for about 30 minutes. I first spotted him at the very back of the soybean field in front of me at about 300 yards. He was in a bachelor group with five other mature bucks,” he said.

After pulling the trigger, Collins heard the telltale thump that hunters love to hear. So he felt confident that his shot was good. Still, the buck ran off.

“I was 90 percent sure I put a clean shot on the deer. I heard the thump. The rest of the bucks he was traveling with and the bachelor group took off running after I made the shot. I noticed the buck I shot was running a little slower.

“They all ran back into the soybean field and he stopped at about 250 yards. He dropped right there,” he said.

After finding his arrow and plenty of blood, Collins called his dad, who was hunting about 5 miles away.

“I backed out and waited on my dad to get there so we could follow the trail together and not take a chance on pushing the deer if it was still alive.Just as I had suspected we followed a very heavy blood trail through the beans for about 250 yards where we found him laying. It was a great hunt! And it was great to share that moment of finding the deer with my dad who has taught me so much about the outdoors,” he said.

Congratulations to Collins, who is now entered in our Bag-A-Buck Contest and in the running for these monthly prizes and the Grand Prize package: