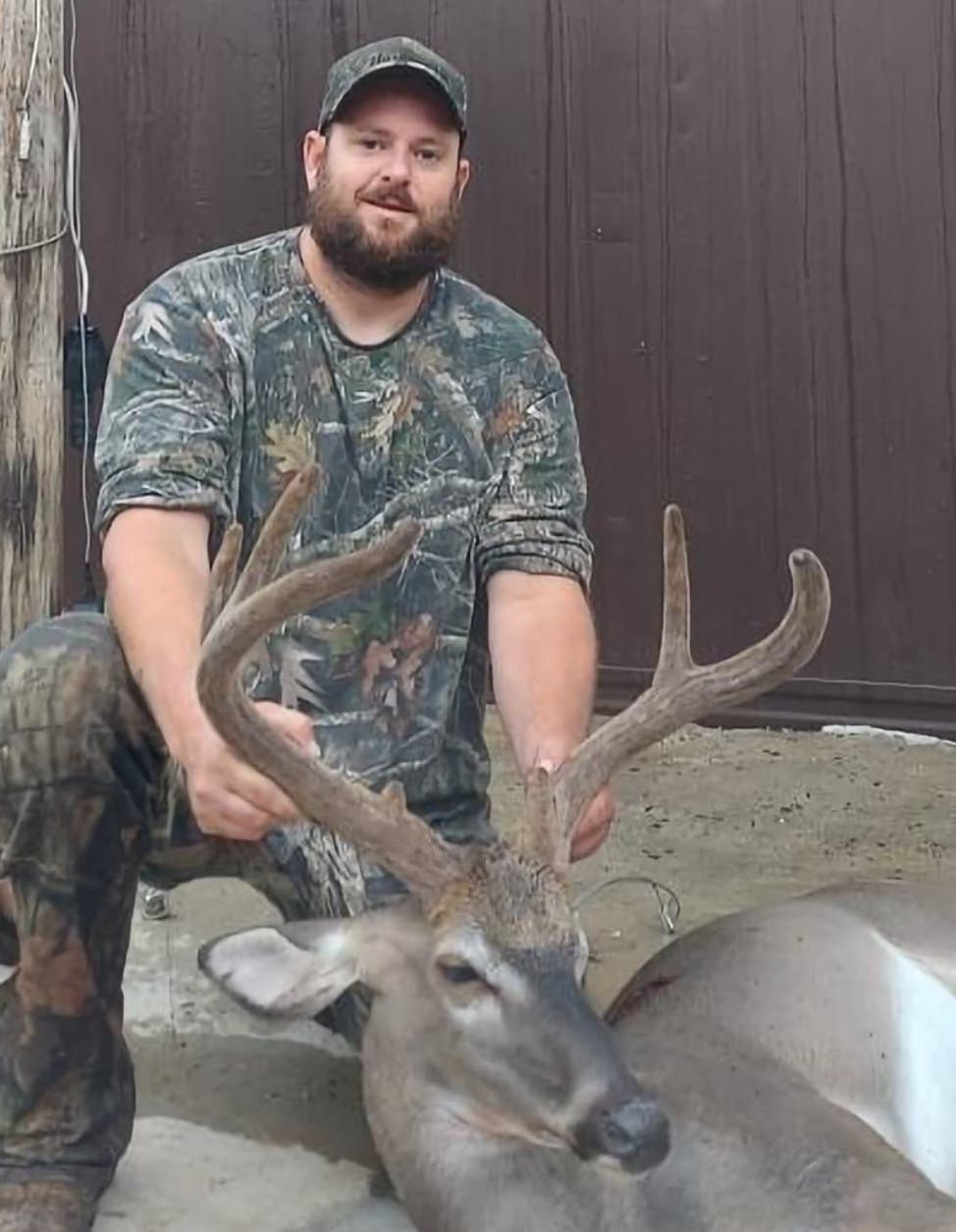 Evan Martin of Mount Pleasant, N.C. is known for catching huge catfish and lots of them. But on Sept. 10, 2022 he killed a big Cabarrus County buck in velvet during an early morning hunt. The mainframe 7-pointer had 9 total points.

“It was a great opening morning. It was one of those mornings that we all dream about,” said Martin. He shot the buck with a Barnett Crossbow and a Rage broadhead.

Guiding catfish anglers, appearing on 704 Outdoors TV, and competing in fishing tournaments has kept Martin busy the past few years. Opening day was his first time hunting in a long time.

“My first time seeing the deer was that day in the stand. I have’t hunted in more than 2 years,” he said.

But once the big buck presented Martin with a 25-yard shot, he pulled the trigger and the hunt was over. Rain clouds were heavy in the air, threatening the region with big storms, which came shortly after Martin hauled the deer out of the woods.

Congratulations to Martin, who is now entered in our Bag-A-Buck Contest and in the running for these monthly prizes and the Grand Prize package:

Justin Townsend killed this buck in Rockingham County, qualifying him for the Carolina Sportsman Bag-A-Buck Contest. […]

Field Reporter Bag a Buck, Deer, Deer of the Year