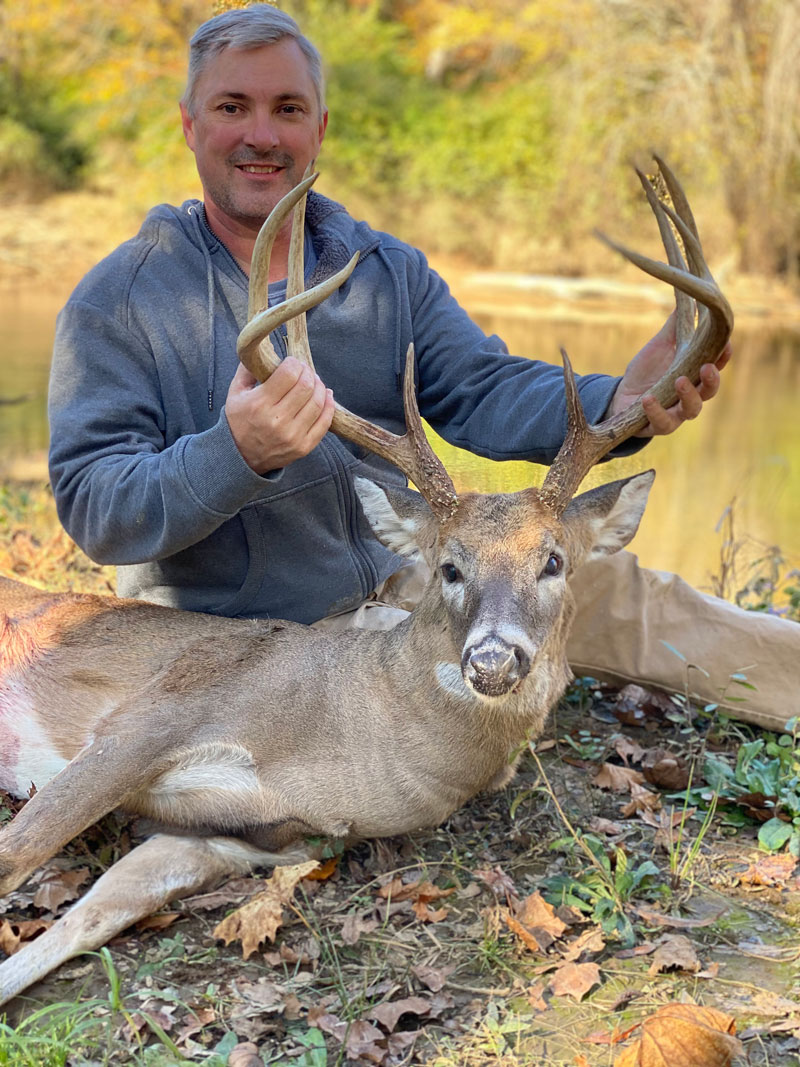 On November 13, 2021, at 4:43pm, hunter Donnie Johnson shot a monstrous Johnston County 10 point buck. The deer was scored by a taxidermist at 164 1/2”. The deer showed up on camera on November 7th during the nighttime. Upon seeing the photo, my heart began to race immediately. I knew this was an enormous deer and way larger than I’d normally found in this area.

The deer came into a small food plot appearing to be cruising for does. Immediately upon seeing the is deer, I knew it was “the one” and grabbed my rifle. Unfortunately, I made a terrible shot but I knew from the deer’s reaction, I had hit him. I watched him run off as I tried to get another shot but was unable to. I lost the track fairly quickly and ended up contacting Jeff with K9 Cooper of “Low to the Ground Recovery” to locate my deer. The deer was located the following day just after noon.

Scored at 164 1/2” appears to be the largest “typical” buck taken in Johnston County. 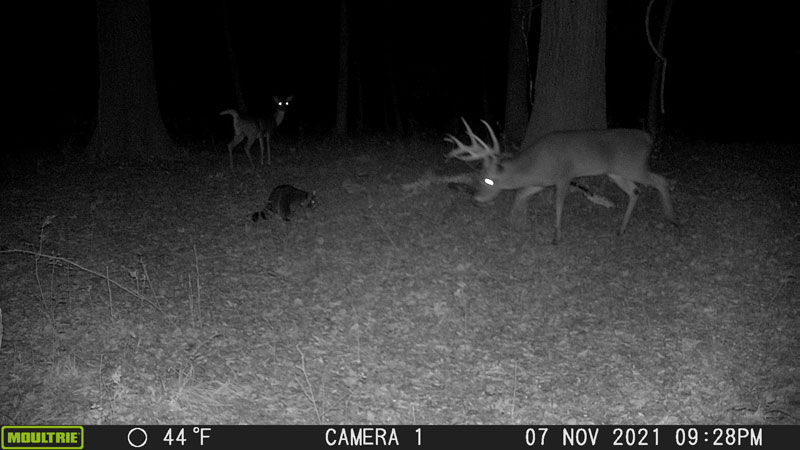